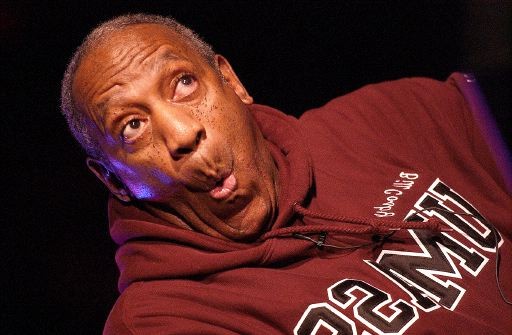 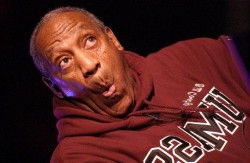 Nov. 19 (Bloomberg) — Behind his affable exterior and patterned sweaters, Bill Cosby built an entertainment empire that earned him more than $400 million.

Now the 77-year-old comedian and actor is under siege from sexual assault allegations that imperil future earnings from new projects, public speaking and endorsements that could total millions of dollars a year. Cosby hasn’t faced any prosecution tied to accusations dating back decades. In 2006, he settled a lawsuit brought by one of the women, Andrea Constand.

The latest claims to surface have torpedoed an attempted comeback for a comedian who spent decades cultivating a squeaky clean image and chiding others to behave. NBC said today it was withdrawing from a sitcom in development with Cosby, while Netflix Inc. shelved a stand-up comedy special it planned to run the day after Thanksgiving. Viacom Inc.’s TV Land said later it will stop airing reruns of “The Cosby Show.”

“He was the Peyton Manning of his generation,” said Jason Maloni, head of sports and entertainment at Levick, a public relations firm in Washington that specializes in crisis management. “Companies loved him. He was a home run when it came to endorsing products. That is never again going to be.”

While Cosby’s peak earning years are behind him, he was making appearances ahead of the debut of the Netflix stand-up comedy special, and for a recent loan of art to the Smithsonian Museum of African Art. As a sign of how swiftly publicity has engulfed him, his website featured at its top yesterday a statement from his lawyer about the allegations.

Cosby declined to comment on any of it in an interview about the art loan with National Public Radio that aired on Nov. 15. He has canceled other public appearances.

“Over the last several weeks, decade-old, discredited allegations against Mr. Cosby have resurfaced,” his lawyer, John P. Schmitt, said in a Nov. 16 statement. “The fact that they are being repeated does not make them true. Mr. Cosby does not intend to dignify these allegations with any comment.”

A new statement was posted to clarify that the lawyer’s comments didn’t refer to Constand, who filed her lawsuit in 2005. She claimed to have located at least 10 other alleged victims of sexual assault by Cosby.

Many of Cosby’s TV shows, including “Fat Albert and the Cosby Kids,” still air. Most visible are reruns of “The Cosby Show,” which led the ratings for four years in the 1980s.

“Cosby” earned tens of millions of dollars annually for the entertainer. In 1992, the year it concluded, Forbes estimated his net worth exceeded $300 million.

The show, produced by Carsey-Werner Television, continues to run on one Viacom cable network, Centric, and on Hulu Plus, generating fees for Cosby and his partners, though it is unlikely to approach the $15 million-plus “I Love Lucy” produces for CBS Corp. each year.

Mill Creek Entertainment acquired the DVD rights to “The Cosby Show” last year and re-released seasons one through four. Amazon.com Inc. offers the complete series for $129.77.

Centric didn’t respond to requests for comment, nor did officials at Carsey-Werner in Los Angeles.

“We’re monitoring the situation closely at this point before making any scheduling decisions,” said Jim Weiss, a spokesman for the Atlanta-based Bounce TV, a broadcast network aimed at African Americans that airs “Fat Albert.”

Cosby has served as the spokesman for brands including Coca-Cola Co. and Kraft Foods Group Inc.’s Jell-O. He was hired as a Jell-O spokesman in 1974, doing TV commercials and other ads for the dessert until 2003, said Lynne Galia, a spokeswoman. Cosby hasn’t worked for Jell-O since 2010.

“He can’t bring that perception back credibly now,” said Jeetendr Sehdev, an adjunct professor of marketing at the University of Southern California who researches celebrities branding. He called the crisis the “death of his brand.”

Netflix and NBC acted after allegations resurfaced that Cosby drugged and sexually assaulted women more than a decade ago.

“My client says that he is in agreement with Netflix,” David Brokaw, a spokesman for Cosby, said in an e-mail yesterday. Brokaw didn’t respond to follow-up requests for comment about Dickinson’s allegations or the decision by NBC, owned by Comcast Corp.

Comedian Hannibal Buress last month called Cosby a rapist onstage, and Barbara Bowman published a Washington Post op-ed last week repeating past accusations Cosby raped her when she was a 17-year-old aspiring actress. A new accuser, Joan Tarshis, came forward on Nov. 16, writing on the entertainment site Hollywood Elsewhere about an alleged incident in 1969. Another woman, model Janice Dickinson, told Entertainment Tonight she was sexually assaulted by Cosby in 1982.

Former Newsweek editor Mark Whitaker was criticized in some book reviews for not covering the accusations in “Cosby His Life and Times,” his 544-page biography published in September.

The age of the allegations of sexual assault and rape make any prosecution unlikely because they are both time barred by the so-called statute of limitations, and the claims would be hard to verify after all this time, legal experts said.

“You’re talking about claims of sexual misconduct that happened 20 or 30 years ago,” said Bennett L. Gershman, a professor at Pace Law School in White Plains, New York, and a former prosecutor in the Manhattan District Attorney’s Office. “These are just very very difficult allegations to prove.”

Investigators looking into older allegations tend to wonder whether the incident actually happened and why the person didn’t report it immediately, Gershman said.

Women who might sue Cosby over the alleged attacks would face similar obstacles with jurors, he said.

Notwithstanding all the media attention to the women’s claims, damage to Cosby’s reputation may be the worst injury he suffers from all the furor.