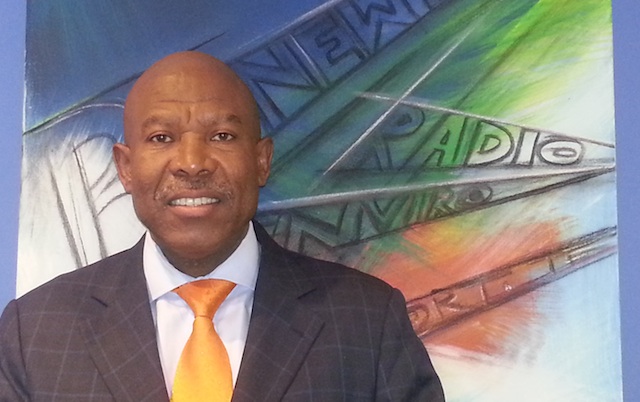 Ahead of tomorrow’s second Monetary Policy Committee for the year those in the know are speculating as to the move that Reserve Bank Governor, Lesetja Kganyago will make. With a strained economic environment as well as global and local market forces affecting South Africa’s economic environment and inflation rate, Kganyago finds himself in a magnified position as the SARB (South African Reserve Bank) seeks to steer the country’s monetary policy through the difficult balancing act of managing inflation risk. – Lucienne Ferreira

(Bloomberg) — South Africa’s central bank will shift its message on Thursday to focus on the need to raise interest rates, two months after investors were expecting the next move to be down.

Forward-rate agreements, used to speculate on borrowing costs, are pricing in a 25-basis point rate increase by September, reversing the position in January when the securities indicated expectations of a rate cut as oil prices plunged. All 24 economists surveyed by Bloomberg forecast the Monetary Policy Committee will leave the benchmark rate at 5.75 percent at its second meeting of the year.

While lower crude prices and stuttering consumer demand has helped rein in inflation, the rand’s 6.1 percent decline against the dollar over the past six months, a drought that’s boosting corn prices and a jump in fuel taxes probably means the rate has bottomed out. Reserve Bank Governor Lesetja Kganyago will flag the risks, according to Sizwe Nxedlana, chief economist at FirstRand Ltd.’s First National Bank unit.

“The statement will be significantly more hawkish than what we saw in January,” Nxedlana said by phone from Johannesburg on March 23. “The benign inflation outlook that came from a lower rand-oil price has been eroded quite dramatically over the last couple of weeks.”

Oil’s 20 percent recovery since Jan. 13, when it hit an almost six-year low, has reversed some gasoline-price cuts, while levies on fuel announced by Finance Minister Nhlanhla Nene in his February budget will add another 7 percent to pump costs in April. Eskom Holdings SOC Ltd. is seeking to increase South African power tariffs by 25 percent, in addition to a usage levy announced in the budget, as the state-owned company struggles to meet demand for electricity.

“It’s definitely going to be a different tone, especially given the transport-price increases, as well as electricity,” Frank Blackmore, an economist at KPMG in Johannesburg, said by phone on Tuesday. A rate cut “would be completely off the table,” he said.

The difference in yield between five-year inflation-linked and fixed-rate debt, an indicator of investor inflation expectations, has jumped 56 basis points since the last interest-rate decision. Core inflation, which strips out energy, food and fuel costs, climbed to 5.8 percent in February. The wider consumer inflation measure was 3.9 percent.

Yields on government rand bonds due December 2026 have jumped 59 basis points over the same period to 7.63 percent. The rand strengthened 0.2 percent to 11.7720 per dollar by 11:07 a.m. in Johannesburg on Wednesday, taking the decline since the Jan. 29 announcement to 1.9 percent.

The Federal Reserve on March 18 cut its estimate for where the benchmark U.S. interest rate will be by the end of the year, easing concern that tighter monetary policy would force the South African central bank to raise rates earlier. That helped the rand rally from a 13-year low against the dollar, and push out bets for Kganyago’s first rate increase as governor.

Policy makers have left borrowing costs unchanged since raising the repurchase rate by 25 basis points in July, helping to support an economy that expanded 1.5 percent last year, the slowest pace since a 2009 recession. Gross domestic product growth will accelerate to 2 percent this year, according to the government.

While the central bank will probably show more caution in every statement from now, they can’t afford to be proactive in raising rates, according to Gina Schoeman, an economist at Citigroup Inc. in Johannesburg.

“GDP growth at the moment is so weak that we have to hold on to all the ammunition we can until the Fed actually moves,” she said.

–With assistance from Simbarashe Gumbo in Johannesburg.