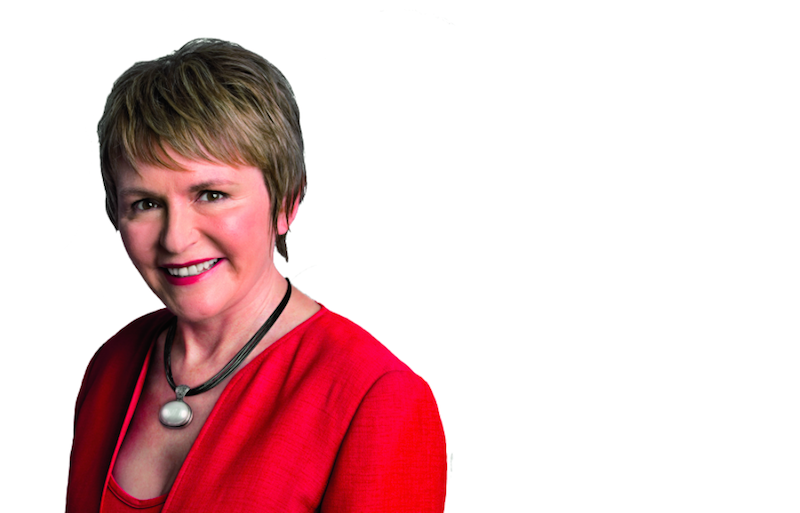 Earlier today, the Democratic Alliance (DA) said that it had an important announcement to make. It turns out that Helen

Zille, premier of the Western Cape, will not be standing for re-election at the party’s congress next month. Zille, who has led the DA since 2007, was voted South Africa’s Most Influential Woman in 2012 and World Mayor of the Year in 2008 when she was the Mayor of Cape Town. She won this award (from a field of 820 candidates) due to her successes in tackling crime, drugs and unemployment in the Western Cape. An anti-Apartheid activist, Zille was one of the journalists who exposed the truth behind the death of Black Consciousness leader Steve Biko while working for the Rand Daily Mail in the late 1970s. Twitter has been abuzz this afternoon with the news. View some of the tweets below. – Tracey Ruff

“I am not a saint, I am not perfect. I do make mistakes…history will judge me,” she told journalists after she announced she would not stand for re-election at the DA’s elective congress next month.

Zille said she would remain Western Cape premier for another four years and would work to grow the DA’s support base in next year’s local government elections.

“We won’t sit back during the local elections, we are going to give it our all and show South Africans that we are not representatives of only one section of the population. We all know that’s a lie.”

Zille said she took the decision last Thursday and believed it was in best interests of the DA and that of the country.

She said she would support the party’s new leader after congress as she had been supported all through her eight years at the helm of the DA.

“I won’t be available for re-election,” Zille said.

“This decision has been a long time coming, but I decided on it when the time was right.

“It goes without saying that I intend to complete my second term as Premier of the Western Cape, to which I was elected in May last year. This term is due to end in mid-2019.”

Zille, who succeeded Tony Leon as party leader in May 2007, said she believed the party would benefit from a fresh leadership team.

”The overriding reason has been what I believe are the interests of the DA.”

Under Zille, the DA secured a vote share of 22 percent in the last national elections but it still faces the challenge of meaningfully increasing support among black voters. She said she was convinced that had she served another term as leader, the party would have managed to grow beyond the roughly four million votes it won in 2014 but it was time for new blood.

“It is essential for a political party in opposition to grow in every election. While I believe we would have carried on growing beyond our current four-million support base in next year’s 2016 election under my continued leadership, I am convinced our prospects will be even better under a fresh team… We cannot waste a single minute or a single vote.”

On Friday, the party’s federal executive was called to an unscheduled meeting, with some members saying it had ”emergency” status.

Zille has in recent years consistently responded to speculation that she might step down by saying she would only do so once the party had found somebody more suitable for the job. Criticism over her leadership style intensified last year when she became embroiled in a public spat with Lindiwe Mazibuko following the latter’s resignation as DA parliamentary leader.

Zille said she believed the leadership post would be hotly contested.

Academic and political analyst Steven Friedman said though Zille had extended the party’s support base in new constituencies in a manner in which Leon failed to do, the last national election results showed that she may have reached her limit in this regard.

“The reality is that if you compare the last national election with the last local government election, the DA went backwards last year and this suggests that she may have reached her ceiling. So in that sense the timing of the decision may be right.”

Friedman pointed out that while commentators would see DA parliamentary leader Mmusi Maimane as the favourite to succeed Zille, the outcome would depend on had the most backing within party voting structures.

He said the DA would face criticism if it elected a white successor to Zille but added: “If they elect a black leader that person will have to grow the party’s support among black voters while retaining the party’s white constituency.”

Maimane paid tribute to Zille, saying: “Helen is a major contributor to the country’s democracy, she has contributed immensely and will leave behind a huge gap.”

When asked whether he would stand for the party leadership, Maimane said: ”I think this is something I have to process, I love my role in the party as parliamentary leader. I came to this meeting as everyone else not knowing what to expect.”

Here are some of the tweets:

Helen Zille has made the right decision: for her and for the DA. She has an excellent record growing the DA. Right time to pass the baton.— Eusebius McKaiser (@Eusebius) April 12, 2015