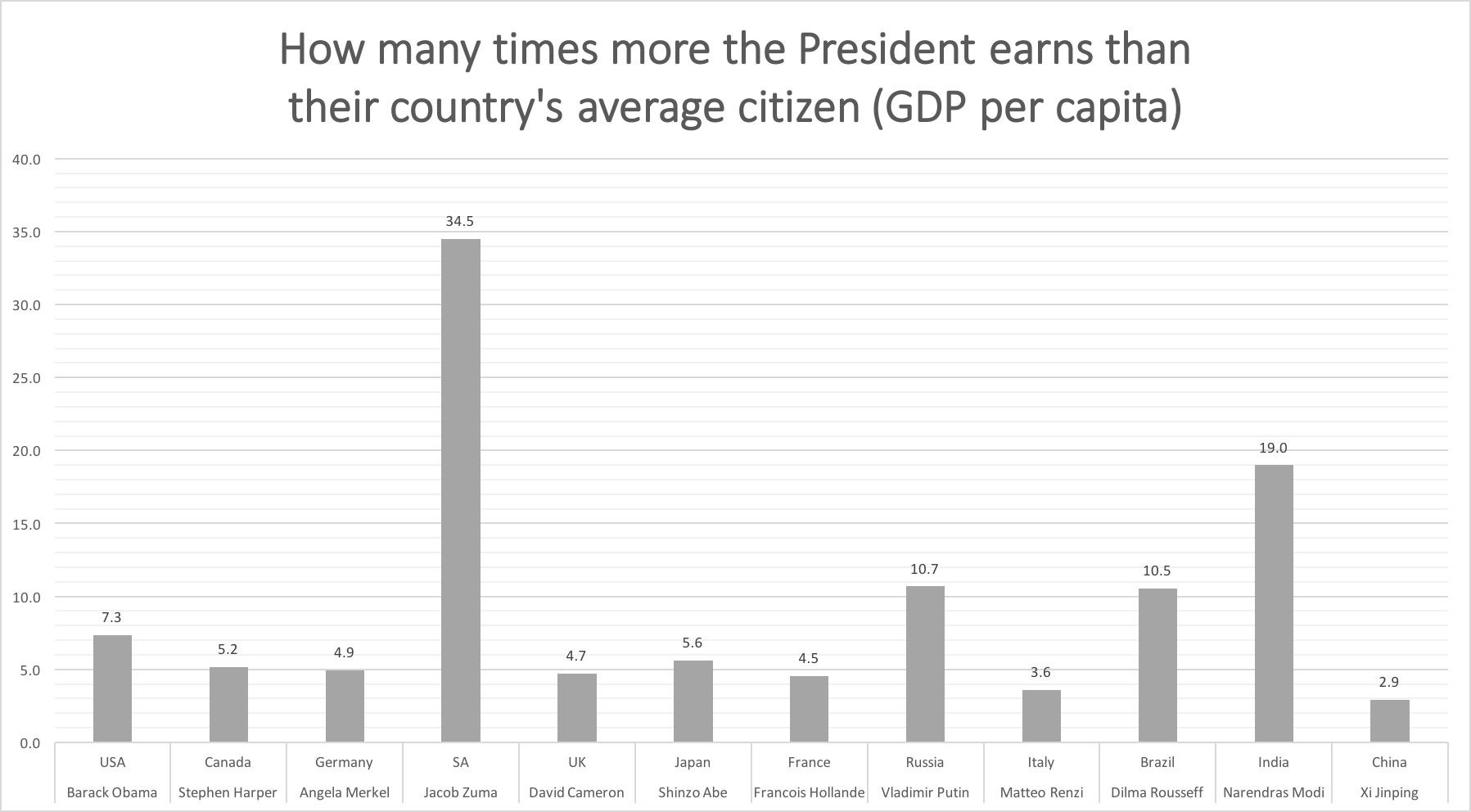 Zuma’s supporters railed, saying the comparison was unfair, that the size of the economy is not the right measure. I disagree, but in the interests of fairness, drew a comparison with a different set of data – average earnings of the citizens in the countries which each President rules, what economists call GDP per capita.

The result: Once again, the ANC leader is a massive outlier, receiving 34.5 times what the average South African is paid. The only leader who comes close is India’s Narendras Modi who is paid almost 20 times his impoverished nation’s average. For all the BRICS talk of addressing income inequality, the only other Presidents to earn more than 10 times that of their citizens hail from Russia and Brazil. As our table shows, only one of the BRICS, China, is leading by example. 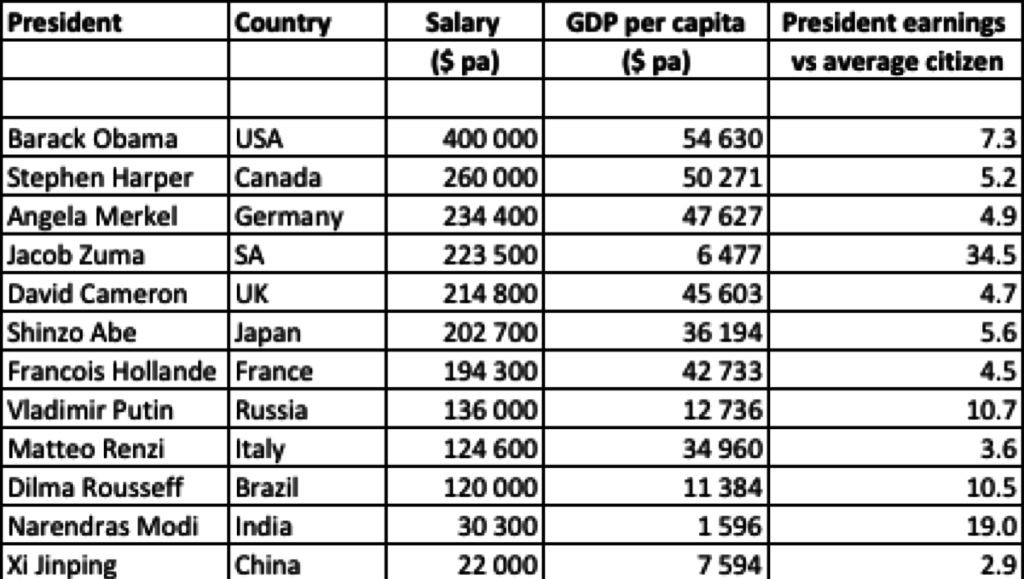 A prime example of the exorbitant cost of ignorance of the masses. Jets before education