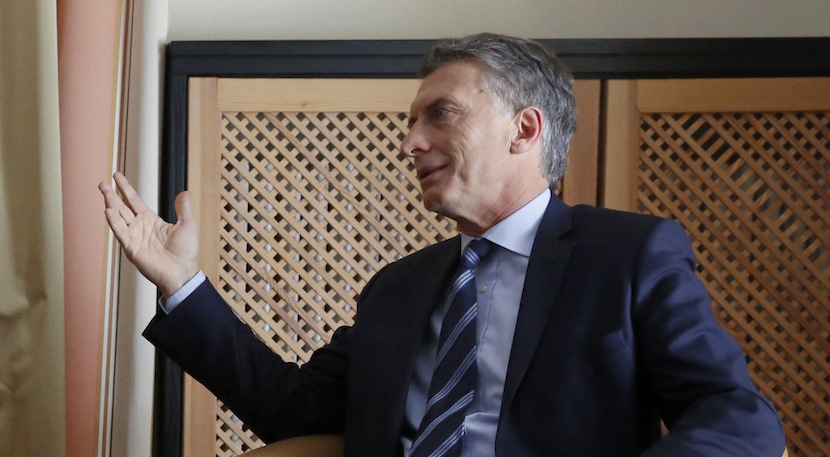 I was reminded again yesterday the Good Lord gave us two ears, two eyes and only one mouth for very good reason. Listening and watching twice as much as you talk has its benefits. Especially in the high octane brain-o-sphere of the World Economic Forum annual meeting in Davos.

Something I’ve been carefully watching and listening to over the past few years has been the unravelling of South African would-be role models Venezuela and Argentina. Yesterday I had the privilege of getting a close up look at the newly elected president of the latter, Mauricio Macri.

The former businessman inherits a mess caused by a decade and a half of 21st Century Socialism. His vision is to get Argentina’s policies aligned with the global mainstream, and stop swimming against the tide after years of not-so-splendid isolation. Macri and his team reminded me of the ANC leadership circa 1994 – smart, committed activists with integrity who genuinely believed in their mission and were deeply committed to positive change.

The other thing about Macri that is similar to SA at the dawn of democracy is his insistence in putting together “the best possible team to run the country” with his small delegation in Davos including the leader of the opposition. You might say Macri’s plan is a replication of SA’s post 1994 Government of National Unity. Hopefully his will last longer than ours.