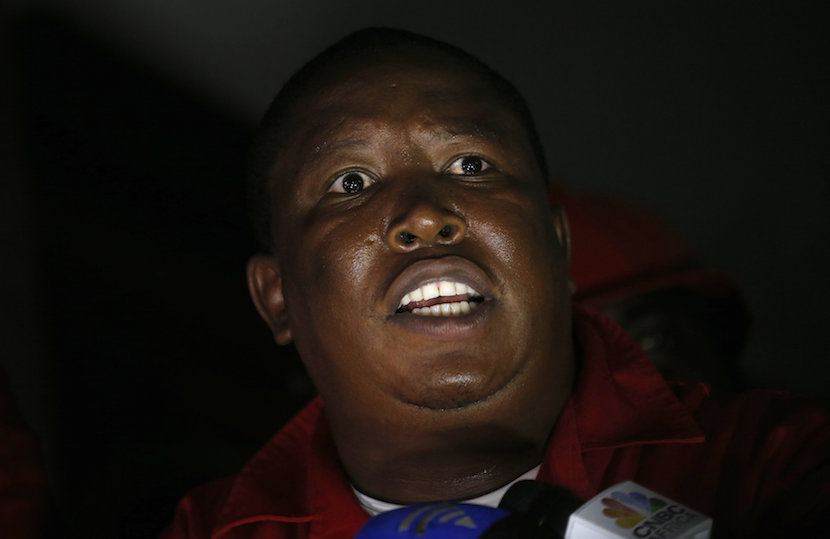 Like many things that are young and immature, while the vibrancy of social media should be celebrated, it does come with the risk of excessive volatility. A misplaced word here or there can get seized upon and spark a cyberspace equivalent of mob rule. The perpetrator gets figuratively lynched. Ask Chris Hart.

In recent weeks, some EFF supporters have been sniping at me because of my open disagreements with the economic policies of their beloved leader Julius Malema. Somehow it has morphed in their minds into a personal hatred for JuJu and, indeed, all things Black. Let’s set that straight here and now.

Malema and I have totally different perspectives on the role of capital and those who control it. But I am also an admirer of what he and his red overalled brigade have done for South Africa. He has been a major reason behind the introduction of competitive politics in SA and has been the driving force behind an effective campaign to expose and attack the cancer of corruption and crony capitalism.

When Clem Sunter visited our studio last week ahead of his “rumble in the urban jungle” debate, he told me off air that Malema’s speech at Oxford University was one of the best delivered by any South African leader anywhere. So we have transcribed it in full and published on Biznews this morning. Go have a read. Whether or not you agree with Clem, one thing you can’t argue against. So far at least, SA is a better place for having had Julius Malema in it.