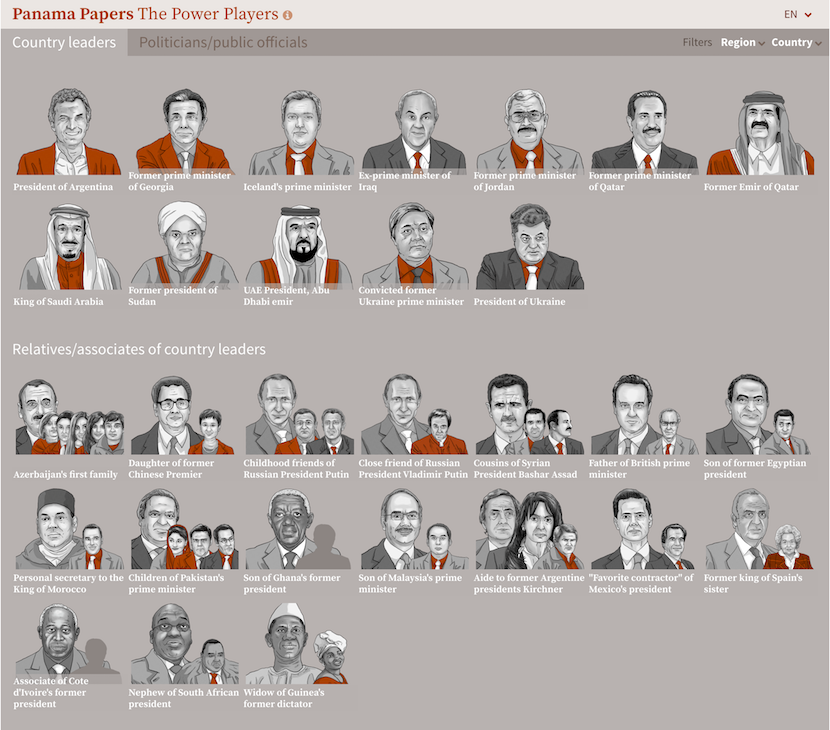 The timing of SA President Jacob Zuma’s visit last week to Saudi Arabia and the UAE could hardly have been worse. This morning’s expose’ of the biggest international corruption scandal ever, is all over the global media. Named among those implicated are both of the SA President’s recent Middle Eastern hosts – and, worse, his nephew Khulubuse Zuma. This throws the curviest of balls at an ANC brains trust that has remained steadfast in support of its deeply flawed leader despite Guptagate and last week’s damning Constitutional Court judgement. Allowing Zuma to slip away with a simple apology is not an option this time. With such serious skeletons in a crowded cupboard, the stakes are clearly too high for Zuma to leave willingly. As even the New York Times averred over the weekend, it is now time for Zuma to go so that all the muck can be exposed and the repair of this young democracy can begin. – Alec Hogg

(Bloomberg) – Leaked files from a Panama law firm that creates shell companies show that politicians, criminals and celebrities worldwide have used banks and shadow companies to hide their finances, according to a series of reports by the International Consortium of Investigative Journalists.

The consortium, in articles published Sunday, said it had obtained a cache of 11.5 million records outlining the creation of more than 200,000 offshore shell companies. The trove includes offshore companies linked to 12 current and former world leaders, as well as hidden financial dealings by 128 more politicians and public officials, according to the ICIJ.

At least $2 billion in transactions involved people and companies it alleged had ties to Russian President Vladimir Putin, according to the report. It outlined, for example, the creation, within 24 hours, of a chain of four shell companies in three countries, involving two banks, a process that made the money behind it “all but untraceable.”

The original company in the chain, according to the consortium’s report, was a St. Petersburg-based bank “whose majority owner and chairman has been called one of Putin’s ‘cashiers.”’ Some of this money was used to gain “indirect influence” over shareholders in Russian companies.

While offshore holdings can be legal, they can also be used to hide wealth. The ICIJ cited documents that it alleged showed that some banks and law firms failed to follow requirements to check that their clients weren’t involved in crimes.

The documents span from 1977 to 2015 and came from Panama-based law firm Mossack Fonseca, a top creator of shell companies that has branches in Hong Kong, Miami, Zurich and more than 35 other places around the globe, the ICIJ said.

In written comments to the consortium, Mossack Fonseca said it “does not foster or promote illegal acts” and that the group’s allegations that it provides shareholders with structures “supposedly designed to hide the identity of the real owners are completely unsupported and false.”

The ICIJ, founded in 1997, is a global network of investigative journalists who collaborate on in-depth investigations on issues including cross-border crime, corruption and the accountability of power, according to its website. 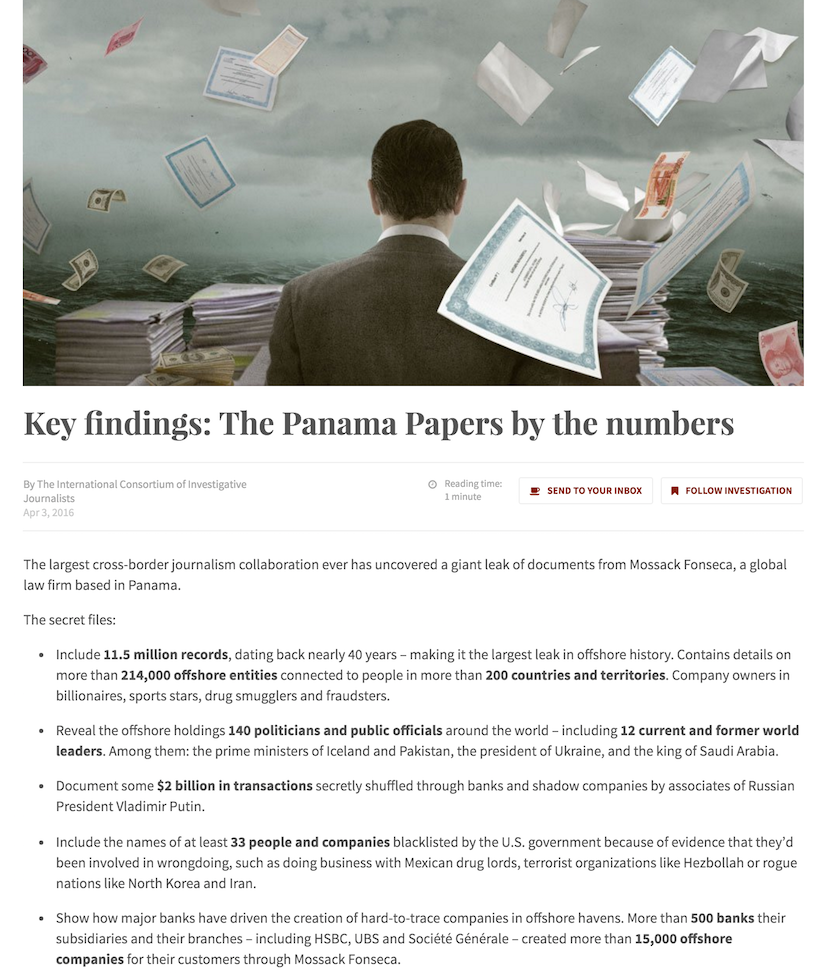