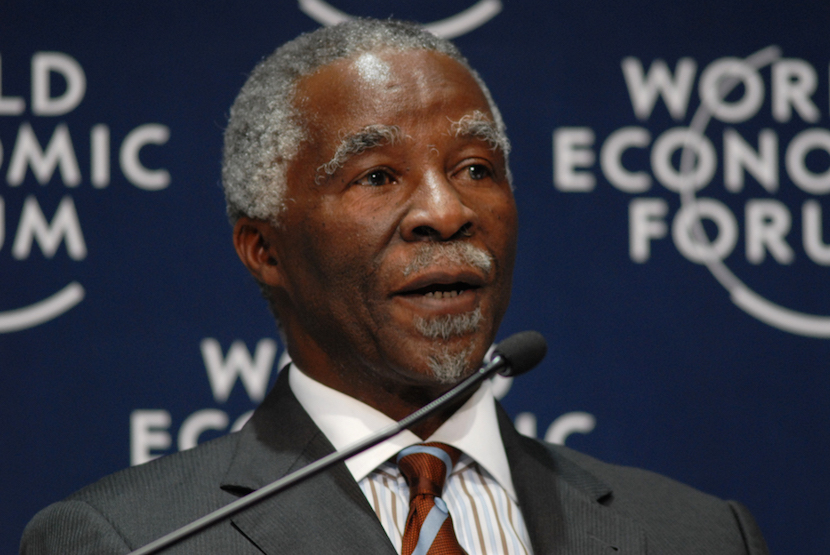 When the guns come out, fingers point everywhere else other than at oneself. And so the ‘Guptanami’ has brought out the worst in most. A representative of the ex-political prisoner’s association Mpho Masemola now says former South African president Thabo Mbeki introduced the Guptas to Jacob Zuma. Wow, is Mbeki now to blame for all the damage the Guptas and Zuma have done to South Africa? Mbeki has rubbished the claims, as expected, but one must wonder who’s next on the hit list, other than the man at the heart of the trouble. – Stuart Lowman

Mbeki was reacting to allegations by Mpho Masemola, a representative of the Ex-Political Prisoners Association, that the Guptas were a legacy of his presidency.

In an interview with eNCA on Sunday, Masemola said the Gupta family was introduced to Jacob Zuma by Mbeki and Essop Pahad.

Mbeki on Monday rubbished these claims.

“For the record, President Thabo Mbeki did not at any point introduce the Gupta family to President Zuma,” he said in a statement issued by the Thabo Mbeki Foundation.

He said that, even if the claims were true and he had introduced them, he could not be held responsible for what may or may not have happened between Zuma and the Guptas thereafter.

“For Mr Masemola to suggest otherwise is in fact to accuse President Zuma of lacking the capacity to make his own ethical judgments.”

Mbeki also rubbished claims that a member of the Gupta family had served as one of his economic advisors.

“This too is false. No member of the Gupta family ever served in any economic advisory body during the time when President Mbeki served as Head of State.

“It is nevertheless true that Ajay Gupta‚ served on the International Marketing Council board (now Brand SA).”

He said Ajay had reported to Pahad.

Former minister Pahad refused to comment on any allegations regarding the Guptas.

“I’m really sorry, but I am not giving any interviews to anyone regarding this. People just write what they want,” he told News24.

Ajay Gupta left for Dubai with his brother Atul on their luxurious private jet at the weekend.

The brothers left the country after they cut ties with Oakbay Investments “to save jobs”.

The family have been accused of having an undue influence on the president, with opposition parties calling for their heads over the alleged “state capture”. – News24