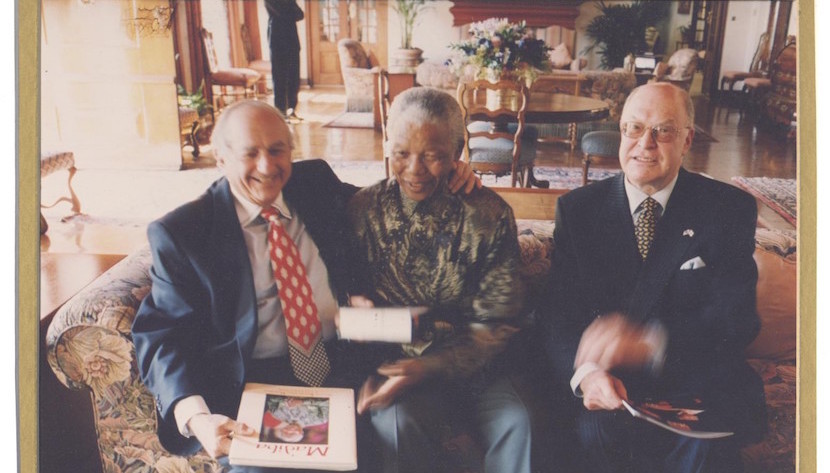 Very sad day. Bertie Lubner, a man who personified the very best in humanity, passed away last night. It has been Jeanette and my privilege to have known Bertie and Hilary Lubner for some years. He taught us much, latterly to live cheerfully one day at a time no matter what challenges are thrown at you. RIP Bertie – you have left a huge hole in many lives. Our thoughts are with Hilary and your incredible family. South Africa is much the poorer without you. – Alec Hogg

There’s a reminder in today’s diary to write Bertie and Hilary Lubner congratulating them on tomorrow’s 61st wedding anniversary. Instead of thanking them for an inspiring example of love and caring companionship, the flowers carried a note of gratitude for a life well lived. Bertie Lubner, South African industrialist, philanthropist and much loved human being, passed away last night. He was 85.

Bertie and brother Ronnie are best known for expertly shepherding the century old PG group, built from humble beginnings by their father Maurice and his partners the Brodies. Modest, charming and fun, Bertie was a true “mensch”, ever passionate about family, friends and South Africa. It was a great privilege to have known him and Hilary, broken bread in their and our home, and occasionally shouted together at the television set.

The Lubner family, originally from Lublin in Poland, arrived in South Africa from London in 1903 when Maurice was two years old. Bertie’s grandfather, a cabinetmaker, established his business in Jeppe in Johannesburg and from those humble beginnings one of the world’s leading automotive glass groups was born. Bertie started courting Hilary Rubin, a shy lass from Germiston, in 1949. Six years later, with brother Ronnie as his best man and future Liberty Life founder Donald Gordon among the pole bearers, they were married.

Bertie Lubner’s business story is a long and rich one. From a decade and a half of building the family’s PG operation in the old Rhodesia it runs through to jointly running the SA operation and partnerships with global giants SAB Miller and Belron. Throughout these decades, all who met him will attest to Bertie’s unfailing optimism, sense of humour and generosity.

We got to know each other well during annual visits to the World Economic Forum in Davos where he was one of the longest serving members (attending 24 times in all). A rather famous one, too, after a widely reported incident in 2005 when actress Sharon Stone lost her patience after yet another Plenary of hand wringing over the world’s inability to eradicate malaria which was killing millions of Africans every month.

As the session was winding down the Basic Instinct star, who was in the audience, sprang to her feet and shouted: “I’m sick and tired of talk, talk, talk. Come on, let’s do something. I will pledge $10,000 and I challenge everyone else in the room to join me.” Bertie Lubner was first to follow, jumping up and shouting “Yes, I’m joining you, Sharon, I’ll pledge $50 000”. That started a flood which ended with $1.4m being raised in double quick time to buy much needed mosquito nets. 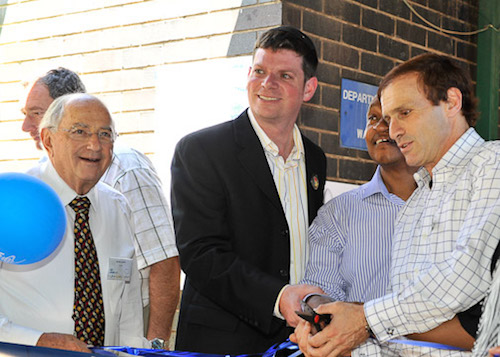 Bertie got a ribbing afterwards from the South African delegation, including then Finance Minister Trevor Manuel who suggested maybe because of Bertie’s advanced years he hadn’t heard exactly what Sharon Stone had said. Manuel joked that Bertie didn’t hear the last part of her “join me on a team for bed nets.” Lubner dined out on the story for years.

For some time now, Bertie has struggled with poor health, but never let it affect his unfailing humour or commitments. Like our dinner date a couple months back which turned into impromptu exposure to the amazing contribution made by his two decade old charity Afrika Tikkun, chaired by son Marc. Also, his support for those promoting South Africa’s democracy has never wavered, from the days of his friend Nelson Mandela’s leadership.

Our lives, and those of many others, are immeasurably richer for the privilege of having known Bertie Lubner. He left us with many reminders of never failing to do the right thing. He will be missed. Especially now.

Letter from the Smile Foundation

It is with deep regret and sadness that we inform you that a special soul has left the world. 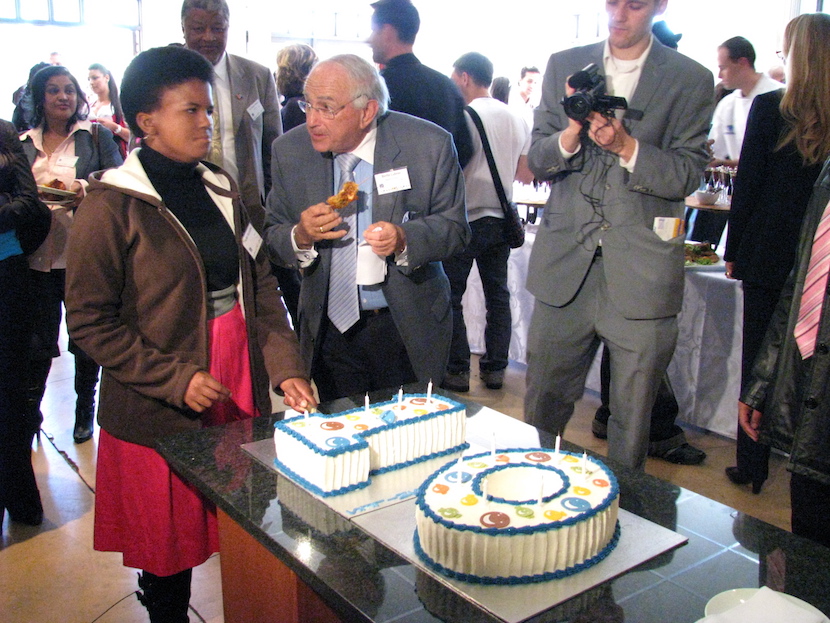 Dr Bertie Lubner was a kind and generous man who did so much for so many and will be sorely missed. He truly was a legend in his life time.

We know in our hearts that the smiles on the children’s faces in South Africa will last a life time so too will the legacy of our beloved patron. Bertie lived an exemplary life and made his mark indelibly as a compassionate and invaluable philanthropist. During this hard time, we turn to the many happy memories we have of Bertie in the hope that every person whom he touched within the South African communities will be consoled in some way.

We take this opportunity to wish the special Lubner family strength, love and blessings.