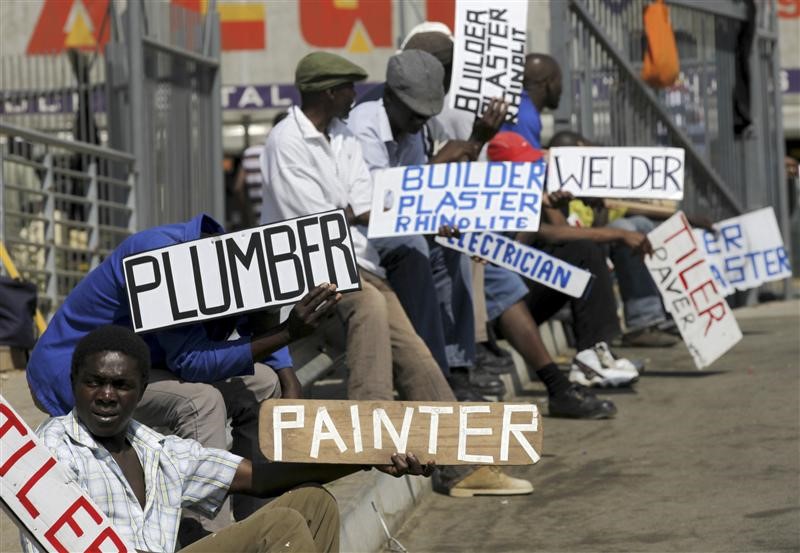 Over the weekend, I was reminded of some nasty realities of how many South Africans exist. The highlight of Mylan Pharmaceuticals’s seminar for 160 medical doctors was a session on its new HIV-prevention pill. The interaction with the presenter evoked some eye popping (for me) realities of the consequences of SA’s high unemployment rate. Without raking over the gory details, these chatty medics explained how the highest HIV risk segment is young girls between 16 and 28 – the lowest risk, boys of the same age. Through their honest discourse, doctors shared a reality where unemployed maidens now ignore boys of their own age, instead hooking up with Sugar Daddies, providing sexual favours for “treats” ranging from a meal at McDonalds. The medics welcomed Mylan’s HIV-prevention pill as a game changer in South Africa’s fight against Aids – Sugar Daddies, apparently, refuse to wear condoms. As an outsider, information matter-of-factly shared by the front-liners was a jolt. Then again, what to expect in a country where over half young people are unemployed and unlikely to ever get a formal job? The latest data shows the untenable is getting worse. A reminder that South Africa is in crisis. One which requires leadership to ignore distractions and putting job creation at the top of the national agenda. And should anyone argue for different priorities, they will swiftly be brought back through a reminder of those millions of other people’s daughters being pushed into the arms of Sugar Daddies. – Alec Hogg

PRETORIA, May 9 (Reuters) – South Africa’s unemployment hit its highest level on record in the first quarter, official data showed on Monday, clouding the country’s efforts to convince the major ratings agencies not to downgrade its credit.

Moody’s late on Friday left its rating unchanged, giving the rand currency a lift on Monday morning in reaction. Finance Minister Pravin Gordhan said he aimed to show the other big ratings agencies that the country was on the right economic track ahead of their own reviews in the coming weeks.

But the statistics agency dealt Gordhan’s hopes a blow later on Monday when it said unemployment had risen to 26.7 percent in the first quarter – the highest level since the labour force survey began in 2008.

The rand dropped sharply on the news and was down more than 2 percent against the dollar late in the afternoon.

South Africa, one of the world’s biggest metals producers, has been hit by a slide in commodities prices which has come on top of widespread labour unrest in the mining industry.

President Jacob Zuma said the economy should be able to “weather the storm” as he unveiled initiatives aimed at accelerating growth including a private and public sector fund for small businesses after meeting business and labour leaders on Monday evening.

“We remain optimistic that we will be able to weather the storm, especially if we continue working together in this manner,” Zuma said in a late night television broadcast.

Earlier Gordhan warned against complacency after Moody’s appeared to give Africa’s most industrialised economy some breathing space.

Hastily reappointed as finance minister in December after Zuma rattled investors by inexplicably replacing his predecessor with a little-known politician, Gordhan warned that a global downturn meant South Africa was on its own in tackling its economic woes.

“We can’t be positive. All we can do is work as hard as we can to convince people out there that we are a country that is capable of solving its problems,” Gordhan told reporters at a public finance management conference in Johannesburg.

“We need to find new and innovative ways to search for new engines of growth, to find new ways of igniting growth and creating the jobs that our people desperately require,” he said.

The wobbly economy has raised the stakes ahead of local elections on Aug. 3 which analysts say will be the sternest political test that the ruling African National Congress has faced since coming to power in 1994.

Gordhan plans to hold meetings with Fitch and Standard & Poors in the next couple of weeks after Moody’s had said the country was “likely approaching a turning point after several years of falling growth.”

The Treasury in February forecast tepid growth for Africa’s most industrialised economy of just 0.9 percent in 2016 from a previous forecast of 1.7 percent and compared with estimated growth of 1.3 percent in 2015.