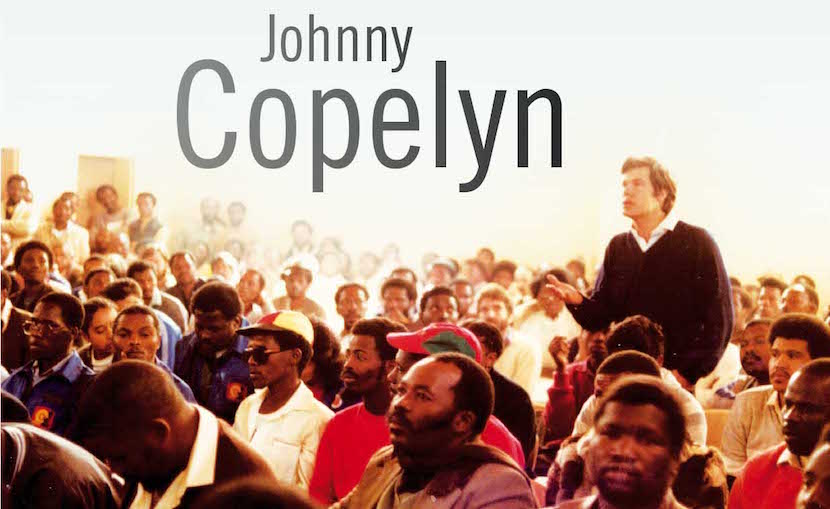 HCI co-founder Johnny Copelyn has packed a lot into his 65 years. From trade unionist to one of the most successful of the New South Africa’s entrepreneurial stories, his was an unusual path now documented in an aptly named autobiography. Dirk Hartford, who penned this excellent review, is also an “insider” having observed Copelyn from close up during his own activist, journalist and entrepreneurial endeavours. All of which makes for fascinating contributions – both Hartford’s review, and the book itself. – Alec Hogg

No-one else but Johnny Copelyn, the billionaire boss of HCI, could launch his memoir in front of several hundred trade unionists at the head-office of Cosatu’s key industrial affiliate SACTWU with the Minister of Economic Development Ebrahim Patel introducing him.

For Copelyn has been central to so many critical and cutting edge developments in the past 45 years that its hard to imagine our history in several important respects without him. He was in the thick of things in the workers struggle after its reemergence in the Durban strikes of 1973 till he left trade unionism to go to Parliament in 1994 as one of 20 people on Cosatu’s slate with the ANC. 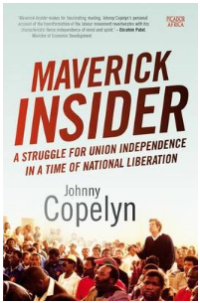 His memoir, “Maverick Insider –  a struggle for union independence in a time of national liberation” – covers his trade union and political life till he embarked on the business path in his mid forties. Its a story of a third generation Lithuanian Jew from Joburg, politicised by the jewish socialist youth organisation Habonim, who turned to left wing ideas at Wits University and then to the emerging workers movement in Durban.

He arrived in Durban when the independent organisation of black workers was both illegal and in its infancy. In the textile and clothing industry Copelyn worked in, only coloured, indian and white unions had some rights under Tucsa which was all that was left of worker organisation in the seventies after the smashing of the Congress alliance in the early sixties.

In this environment Copelyn and others began to assist in the organisation of black workers into trade unions. Over the next fifteen years, bar a period when he was banned and he qualified and worked as a labour lawyer, he was directly involved in securing a number of firsts for the labour movement including the country’s first recognition agreement for a trade union for black workers with Smith & Nephew. The recognition agreement became the template for the organisation of industrial relations and trade union rights for black workers under conditions of illegality going forward.

His was a key voice in Fosatu and then Cosatu in the 80’s who argued for utilising every gap, especially legal and institutional, that the repressive situation offered to advance workers rights and organisation as opposed to those who sort to boycott official structures and struggle outside of these parameters. Effectively using the law and precedent to stake out new rights for workers, many of the new unions registered with the state and participated in existing industrial councils while others opposed this as a matter of principle.

Perhaps his crowning achievement was the central role Copelyn played, through two major and complex merger processes, in finally getting the disparate racially based unions organising in the clothing and textile industries mainly among indians in KZN and coloureds in the western Cape to unite in one national industrial union known today as the SA Clothing and Textile Workers Union. By the late 80’s Sactwu was the third biggest union in Cosatu after the Num and Numsa.

Sactwu was the union which initiated the Workers Charter campaign in Cosatu to ensure workers rights would be respected in a future democratic South Africa and many of its core demands were incorporated into the RDP and the Bill of Rights. Ironically, 25 years on Sactwu is now one of a few industrial unions firmly behind the current Cosatu leadership while the likes of Vavi and Numsa are mobilising around the Workers Charter idea in their efforts to get a new federation off the ground.

Copelyn description of himself as a maverick insider is apt. He was and is a natural and intuitive influencer with a finally tuned strategic sense and a strong competitive edge. Not afraid to take risks, he frequently bought new and controversial ideas to labour issues often mired in the political correctness of the times and was more then a strategic match for the other big guns of Cosatu at the time like Cyril Ramaphosa, Alec Erwin and Jay Naidoo. An enthusiastic chess player, Copelyn played union and later business politics like a chess game – strategically and decisively, often thinking10 steps ahead of the next move his opponents were concentrating on.

In another first, Copelyn met the challenge of retrenchments at Frame in the nineties to get an agreement for Sactwu to set up and run their own clothing factory Zenzeleni which he took command of. It was the first co-operative of its kind and his first exposure to the skills needed to run a business – something that stood him in good stead when he started Sactwu’s investment company later.

In 1994 he was also among the 20 Cosatu leaders who went into our first democratic parliament under Mandela as part of the ANC slate. It was during this time that Copelyn, ever the pragmatist and knowing full well that there was no intention on the part of the ANC to challenge the capitalist system, birthed the trade union investment vehicle idea with R2 million loaned by the union. Today HCI alone is worth R12.5 billion and the empire he created spans sectors cross the board including gambling, hotels, media, mining, gaming, property and wine, as well as several other listed vehicles.

The book is Copelyn’s personal account of this history told in an engaging conversational style with his characteristic fierce independence and wry sense of humour. It is also an accolade to the remarkable bunch of leaders who emerged alongside him in the battle to organise clothing and textile workers and who generally remained intensely loyal to each other through numerous struggles and hardships over the labour years.

Many of his former union comrades, like Yunus Shaik, the late Virginia Engel, Jabu Ngcobo, Freddie Magugu, Rachel Watson, Elias Mphande and Les Maasdorp, are still actively involved with him in HCI. Others, like Ebrahim Patel and Lionel October, are leaders in government. Others, like Andre Kriel and Ronald Bernikow, are still in the union or the CCMA. All can be relied on to have his back, as he has watched out for theirs over the years. And that is why he alone of all the comrades turned capitalists can still confidently go back to his old stomping ground at Sactwu to launch his memoir.

It is a pity that Copelyn’s memoir stops at the point where his business dealings took off twenty years ago for it is in the business sphere that his formidable strategic and negotiating skills really took off enabling him to make not only himself and his close comrades unbelievably rich, but also his old union. But that story, with all its intrigues, lessons and controversies, will have to await his sequel.