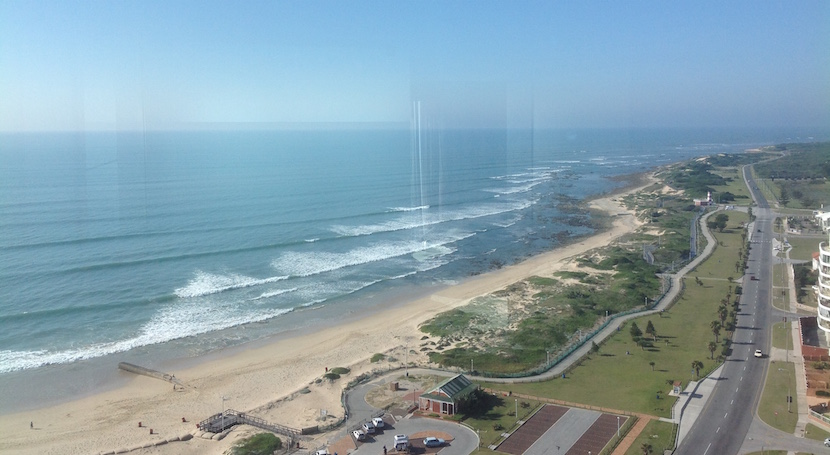 Deon Gouws might be an investment professional by profession (CIO at Credo in London) but he could very easily earn a good living writing. His book on Hansie Cronje a few years back was SA’s top seller, and his contributions to Biznews have always been really well received. As will his latest contribution with a rather inviting title….Have a read, lots of fun as ever from our Mr G. – Alec Hogg

Given that business travel has been a bit of an occupational hazard for most of my career, there’s been the odd occasion where I’ve been fortunate enough to crack a lucky upgrade when hiring a car, boarding a plane or checking into a hotel.

An early highlight was when I was the most junior member of a relatively large traveling contingent from my then employer, en route to a conference in another part of the country; our individual schedules directly after the event were a such that my colleagues and I all ended up hiring our own vehicles on the other side. When we eventually arrived at the car rental kiosk at the destination airport, I awaited my turn as any good underling should, and by the time I got to the front of the queue (my more senior colleagues now all settling into their Group B vehicles) (small and nasty, but thankfully with aircon – refer Official Institutional Travel Policy, Update 7, Clause 19.1.2), they had just allocated the last Toyota Tazz. “This is your lucky day, Sir, a free upgrade to a small Merc!”

You had to be there to see the look on my boss’s face when I drove past him; I’m not sure that he’s forgiven me yet.

Then there was the time a few years later when I flew from London to Tokyo. Following (another) free upgrade, I ended up being one of only two passengers in Business Class. The other individual in this cabin was a pretty serious looking Japanese businessman (or maybe he was a government official of sorts?) and it was fascinating to see how differently the air stewardesses treated the two of us. Make no mistake, I experienced impeccable service, but his was at a different level, with a bowing routine from the stewardess accompanying every interaction, for example.

And then, last week, a new career highlight; a memory to tell my grandchildren about one day.

First, some background. In my current role, I travel to Port Elizabeth a few times a year. I love it there: the people are friendly, the place is beautiful and relaxed and it’s easy to get around. For the past couple of years, I’ve stayed at a lovely hotel on Summerstrand which offers our company a very good corporate rate.

So, when I arrived there again last Tuesday, I was made to feel like an old friend when checking in. “Welcome back, Sir! Given that the hotel is not very busy, and in recognition of your loyalty, we have decided to upgrade you to the Presidential Suite!”

What a wonderful experience: on the 18th floor (top of the building, obviously), on the corner, with views over the sea and across to Humewood golf course to the one side, and across the harbour and city centre to the other. Three big rooms, all very nicely appointed (including a second toilet for those pesky guests, naturally). Lots and lots of pillows (what on earth is one supposed to do with all of them?). Free fruit, free bottle of wine, free mineral water.

More’s the pity that I was only there for two nights (not to mention the fact that I hardly spent time in those luxurious surroundings; I was there to work, after all).

Some more background. About a month ago, the ANC arranged an election manifesto launch at the Nelson Mandela Bay Stadium in Port Elizabeth (the party where only 30,000 out of an expected 100,000 guests turned up following all sorts of conspiracies, remember?). And when my PE based colleague first came to pick me up from the hotel, he told me that the leadership of the ANC had stayed at the same place when they were in town a few weeks before.

You can probably see where this is going. When I checked out, I asked the manager on duty which room President Zuma had stayed in at the time of the ANC rally. “Your room, Sir, we only have the one Presidential Suite.”

I guess I may have stayed in the same room that more famous people had occupied before me over the years; it’s something one simply never thinks about. But never has it been confirmed to me, and, in the context of South Africa’s recent political history, it’s unlikely that I’ll have a more interesting experience anytime soon.

So there you have it: I slept in Jacob Zuma’s bed. I wonder what HE did with all those cushions?

Of course I also had a shower in the same shower where he would have luxuriated. We know our president believes in showers.

No, I haven’t been in the new presidential jet. Yet.