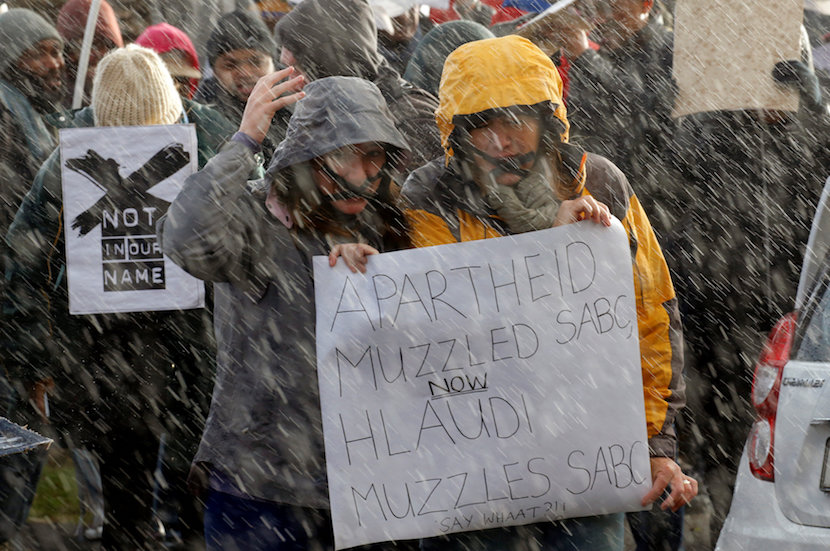 Being human, we enjoy pigeonholing things because it helps make our complex lives easier. Unfortunately, this common failing makes us easy prey for propagandists who categorise entire classes of people for their own ends. And sometimes their repetition makes it actually seem real. In South Africa, the colour of your skin is the yardstick of whether one was “advantaged” or “disadvantaged” during the unlamented Apartheid regime. Those with melanin deficiencies who fought the system are, legally, deemed beneficiaries. Hundreds of thousands of black people who made a living as agents applying the regime’s misguided dogma (think policemen, soldiers, homeland officials, etc) are, legally, victims. Exceptions disprove any artificial rule and if you’re prepared to look, they abound. Similarly a widely-held belief that the entire ANC has become a cesspool of crony capitalism, tenderpreneurship and members determined to swill from the public trough. Bad apples exist in every large organisation. But are these low lifes the ANC’s exception or its rule? Are Pravin Gordhan and like minded colleagues suddenly dishonourable by association? Last night’s comments from the ANC’s chief Parliamentary whip should disabuse us of that notion. Sure, it needed a public outcry and the pending election for Jackson Mthembu to castigate cadres deployed at the national broadcaster. And it would have been so much better if he’d trained his comments on the puppet master rather than the puppets. But that Mthembu has actually spoken out against censorship is what really matters, Hope springs. – Alec Hogg

The comments by party chief whip Jackson Mthembu represent a U-turn and may point to schisms in the ANC, which in May welcomed the broadcast ban by the South African Broadcasting Corporation (SABC) as the “best decision.”

“You can’t take that decision, in our view. That decision can be taken by the people of South Africa. Not anybody sitting in some cozy office to decide and be that arrogant and decide what it is that the people can see or not see,” he said.

SABC chief operating officer Hlaudi Motsoeneng, who has pushed through a number of policy changes at the broadcaster, is considered close to President Jacob Zuma, whose popularity has been sagging with record-high unemployment, a looming recession and a string of scandals.

Mthembu said the ANC would meet with Communications Minister Faith Muthambi on Monday to discuss the SABC, where the acting chief executive, a journalist, resigned last week, citing a “corrosive atmosphere”.

Outbursts of violence over the lack of services such as water or roads are common in South Africa, and in recent months have included the torching of schools and other property, both public and private.

The protests have taken on political significance before Aug. 3 elections, which are expected to be the ANC’s sternest test at the polls since it came to power in 1994.

The SABC said its decision not to broadcast such incidents was an “editorial decision” and not a “policy issue.”

“It should be noted that the decision is not to censor any violent protests but not to glamorise the act of burning public property,” the SABC said in a statement.

Various civil society and media groups have protested the broadcast ban on civil disturbances by the SABC, which has the widest broadcasting reach in South Africa.

So how will @SABCNewsOnline report on Jackson Mthembu's news conference? Tricky!

Johannesburg – The South African Broadcasting Corporation (SABC) on Tuesday evening reacted to a media briefing by ANC spokesperson Jackson Mthembu saying it was “concerned” by some of the things Mthembu said.

In a statement by SABC spokesperson Kaizer Kganyago, the public broadcaster said that the SABC never said that it was policy not to show violent protests.

“The SABC is however particularly concerned that some utterances made are misleading as at no point did the SABC say the decision not to broadcast the destruction of public property during the violent protests is a policy position,” Kganyago said.

According to the SABC, the decision was an editorial one and not a change in policy. Kganyago added that the Broadcasting Complaints Commission of South Africa’s (BCCSA) code of conduct played a role in the decision – specifically the BCCSA’s clause regarding violence and hate speech.

“The decision in this context [makes it] clear that what the code seeks to do is encourage broadcasters not to glamorise violence and/or broadcast material that will encourage violence,” Kganyago said.

“The editorial decision by the SABC then seems rational if judged in this context. It should be noted that the decision is not to censor any violent protests [but to] not glamorise the act of burning public property. The aftermath of the burnt property will however be shown.”

The SABC hit out at the media and public for saying that their editorial policies are illegal, saying that all the processes required by the law are being followed and that stakeholders have also been consulted.

“We have records of several civil society organisations and political parties that attended these consultation sessions. It is appalling that they have mysteriously and conveniently developed amnesia.”

With regards to suggestions by some that the board and management at the organisation are not adequately qualified, Kganyago responded by saying the leadership at the SABC have all the required skills.

The chairperson of the SABC board, Prof Mbulaheni Maguvhe said that SABC COO Hlaudi Motsoeneng should not be seen as the only person making decisions.

“It is unfortunate that the statement made by the chairperson of the sub-committee on communications of the ANC, Mr Jackson Mthembu has resulted into a personal attack that suggests that Mr Motsoeneng makes all decisions alone,” Maghuve said.

“The public must be reminded of all the good achievements including the recent introduction of prioritising local content in all our platforms and many other measures to ensure that the SABC is financially sustainable.”

According to Maghuve the strategies by Motsoeneng and his team have worked for the SABC and political parties simply want to derail the SABC’s mandate.

“We need to reiterate that we will not make any decisions that are aimed at censoring the news.” – News24