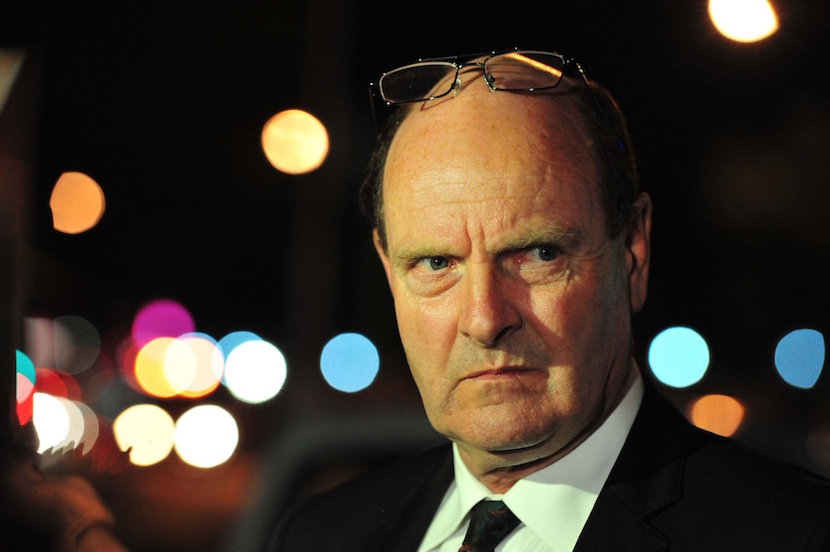 When I met with him in London last week, forensic consultant Paul O’Sullivan seemed edgy. A couple times before our interview started he took calls from an attorney with updates on what was clearly a moving target. O’Sullivan may even have flirted with the idea of not returning to Johannesburg on his scheduled Thursday evening flight. We spoke again, just before boarding, when he was not certain whether there would be policemen waiting at OR Tambo. But O’Sullivan decided to return anyway. He is confident his cause is just and that South Africa’s independent legal system will overcome trumped-up charges brought against him by people with whom he had previously crossed swords. When you make a living exposing the bad guys like O’Sullivan does, enemies come with the territory. On the other hand, so does the need to be what Afrikaners term a “hardegat”. The closest English translation is “tough nut”, someone who is hard-assed, sassy and independent. Or maybe just Irish? As the unrepentant Irish-South African O’Sullivan put it when interviewed by News24’s Angelique Serrao: “These crooks, led by dirty cops, have pissed in my beer. Nobody pisses in an Irishman’s beer.” Now back on home turf, the man who put a spoke in SAA chairman Duduzile Myeni’s plundering plans has certainly got his mojo back. – Alec Hogg

Johannesburg – It was a close call.

Forensic investigator Paul O’Sullivan sat at Heathrow Airport on Thursday night and wondered whether he should get on a plane bound for Johannesburg or not.

He believed that he might be arrested at OR Tambo International Airport 10 hours later.

His attorney Daryll Furman had been in the Johannesburg High Court on Thursday attempting to put through an urgent application to interdict the police from arresting O’Sullivan. The application was not heard and was continuing on Friday.This meant that if the Hawks wanted, they could arrest O’Sullivan.

Furman received an email earlier in the week from the Deputy Director of Public Prosecutions, Jabulani Mlotshwa, indicating that they intended getting warrants of arrest against O’Sullivan. This was despite an agreement reached with the National Prosecuting Authority (NPA) and the Hawks on June 7 that they would not arrest the investigator for any crime he had allegedly committed before that date. He would instead be given a summons to appear in court. The agreement was made an order before the Kempton Park Magistrate’s Court.

In London for daughter’s birthday

Mlotshwa told Furman in an email that he could not make an undertaking that a warrant of arrest would not be applied “due to the seriousness of some of the allegations against him [O’Sullivan]”.O’Sullivan had been given permission by the Kempton Park Magistrate’s Court to fly to London for a week to attend his 10-year-old daughter’s birthday party.

He had spent last week facing a trial for allegedly contravening Section 26B of the Citizenship Act because he had left the country on his Irish passport. He was the first person ever in South Africa to be charged for the offence. During the case, the Hawks disclosed that they were investigating a slew of charges against O’Sullivan, ranging from from fraud, to kidnapping, and espionage.

The investigator maintained the charges were all malicious, opened by people he had previously investigated, and an attempt to stop him from investigating corruption within the police and NPA.

He believed the NPA’s emails indicating he may be arrested were an attempt to scare him and stop him from coming back to South Africa. If he had not got on the plane, he would have been made a fugitive from justice and it would have been difficult for him to ever returned to the country.

He believed he would be arrested when landing in Johannesburg.”This is hard. I’m not on that plane yet, but I will get on,” he told News24 from Heathrow Airport.

When on board he sent an SMS: “I’m coming home and I’m going to fight these criminals with badges and beat them.

“I’m an Irish South African, and these crooks, led by dirty cops have pissed in my beer. No one pisses in an Irishman’s beer.”

When O’Sullivan landed in Johannesburg, no police were waiting for him.

He had to rush from the airport to the Randburg Magistrate’s Court, where he had been subpoenaed to appear on a charge of fraud.

He had to appear without his attorneys because they were busy in the High Court with the interdict application. The case was postponed until next week.

O’Sullivan said the latest case was “another trumped-up charge”. He said it had been opened by a woman who came to him two years ago asking for help because her boss was trying to frame her for attempted murder.

He said the woman’s body language didn’t seem right, so he asked her to take a polygraph, which he said she failed.

“I told her she had better come clean,” O’Sullivan said.

SAA asks for another deadline to table financial statements. Dudu Myeni is busy hiding her shenanigans…

Hawks ‘trying to shut me up’

He contacted the man she had allegedly tried to kill. The man told him he had been shot three times. He said the men who shot him said they had a message for him from the woman’s boyfriend before pulling a gun on him.”Luckily he survived, but in his own blood he wrote on a piece of paper on the side of the road, the last words these people said to him,” O’Sullivan said.

O’Sullivan said he recorded the meeting with the woman, so he believed this charge was one he would easily overcome in court.

“Once again this is evidence of The Hawks conversing with criminals trying to shut me up,” he said. – News24