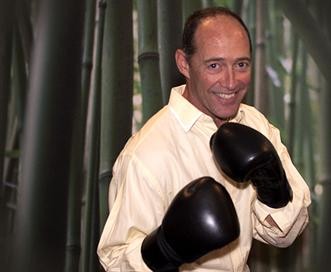 In financial markets, once trust is broken things tend to happen very quickly. Sometimes all it takes is a single lender to declare it is heading for the exit to trigger the financial equivalent of a nuclear explosion. Andrew Canter, forthright bossman at R170bn asset management firm Futuregrowth, dropped a figurative bomb today by stating his firm will no longer lend money to South African State Owned Enterprises like Eskom, SA Airways and Transnet. His decision is based on concerns about the way they are being run and associated threats to the independence of the Treasury. For those of us who saw it happen in 1985, there’s a sense of deja vu. After SA President PW Botha refused to cross the Rubicon, the punishment by financial players was rapid and brutal. Chase Manhattan Bank’s chairman Willard C Butcher got it going when very publicly pulling the plug on Apartheid South Africa, stating his group would no longer lend to the country and, indeed, wanted its money back. His lead was followed by other financial institutions and within days the country was forced into declaring a debt standstill. The consequence was supercharged interest rates, five years of capital repayments no developing country can afford, a contracting economy and long-overdue political transformation. The next few days will show whether Canter’s lead will be followed or not. If so, it could introduce the kind of turbulence last seen three decades back. But on the upside, will surely lead to the similarly long-overdue change. Buckle your seatbelt. – Alec Hogg

(Bloomberg) — Africa’s biggest private fixed-income money manager will stop lending money to six of South Africa’s largest state companies because it’s concerned about how they are being run, government infighting and threats to the independence of the finance ministry.

Futuregrowth Asset Management, which has about 170 billion rand ($11.7 billion) in assets, shelved plans to lend more than 1.8 billion rand to three state companies on Tuesday, Chief Investment Officer Andrew Canter said by phone from Cape Town on Wednesday, without giving more detail. The fund manager will only resume offering loans and rolling over existing debt once it has determined that what it sees as proper oversight and governance at the companies have been restored.

“We’ve observed recent reports that strongly hint of conflict between branches of South Africa’s government, the possible machinations of patronage networks and a seeming challenge to the National Treasury’s independence,” Canter said. “Any material risk to the state-owned entities’ governance, budgeting and approval processes for spending or lending must impact on our forward-looking credit assessments. It is difficult to make reasoned and defensible decisions to continue providing state-owned companies with additional funding using clients’ money.”

The move comes as Finance Minister Pravin Gordhan battles with President Jacob Zuma and the management of state companies over board appointments and spending plans. The government announced last week that Zuma will lead a new panel to oversee all state-owned companies to ensure they help develop the country — a role previously delegated to Gordhan and other ministers. That decision lacks clarity and context and creates uncertainty about who the companies will answer to, according to Canter.

Should other asset managers follow Futuregrowth, it will increase the state companies’ borrowing costs and make it harder for them to finance plans to spend billions of rands on new infrastructure. The Treasury may also come under increased pressure to directly fund them and grant additional debt guarantees at a time when the economy is stagnating and it’s seeking to rein in the budget deficit to protect the country’s investment-grade credit rating.

S&P Global Ratings and Fitch Ratings Ltd., which place South Africa’s debt at one level above junk, have raised concerns that state-owned companies aren’t being managed optimally. Government debt guarantees to state companies totaled 467 billion rand at the end of March, according to the Treasury.

Zuma has rebuffed Gordhan’s attempts to replace the board of South African Airways, which is chaired by Dudu Myeni who also heads the president’s charitable foundation, and the minister has refused to grant the loss-making carrier new loan guarantees.

The Treasury is investigating coal contracts Eskom awarded to a company linked to the Guptas, a family who are friends of Zuma’s and have been accused by some government officials, opposition parties and civil-society groups of using that to wield political influence. The Treasury has also filed a lawsuit aimed at preventing state arms company Denel (Pty) Ltd. from entering into an Asia-focused business venture.

The state companies have said their dealings are above board and criticized the Treasury’s conduct. The Guptas, who have denied any wrongdoing and say they are the victims of a media witch hunt, last week announced plans to sell their businesses in South Africa.

Fears that Zuma may seek to install a more compliant head of the Treasury were sparked by revelation that the police are investigating Gordhan in connection with allegations that he oversaw the establishment of a illicit investigative unit while he headed the national tax agency that allegedly spied on politicians including the president. Zuma and the ruling African National Congress have said while Gordhan has their full support, the law has to take its course. Gordhan denies any wrongdoing.

While other business leaders have voiced concern about the standoff and called on Zuma to ensure the police stop what they said is harassment of Gordhan, Futuregrowth is the first company to take action to try and persuade the government to change course.

Futuregrowth has had a long-standing relationship with state companies and its decision to deny them new loans wasn’t taken lightly, Canter said. To start lending again, the money manager will ask the companies to provide it with information about the independence of their boards, investment and credit committees and procurement processes, and to demonstrate greater transparency on material spending or asset sales, he said.

“It is certainly not our desire nor intent to undermine their developmental missions, nor disrupt their ability to deliver,” Canter said. “But we want to send a message that we can’t provide finance unless the governance and decision-making of the state-owned entities improves and becomes more transparent.”