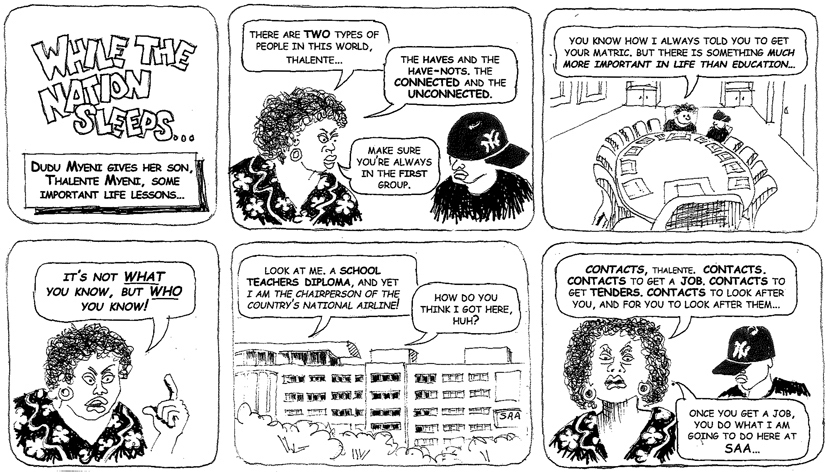 He’s not the only one, but Thalente Myeni was reportedly part of a bunch of politically connected stakeholders in Prasa’s R51 billion contract for new passenger carriages. And reportedly they all cashed in their shares before a single new train has been built in South Africa. But as they say, a son usually learns from his mother. The comic series is titled: While the nation sleeps. And in the first submission Clarke Kent looks at the important life lessons Dudu Myeni gives her son Thalente. And be assured, more will follow. A must read. – Stuart Lowman