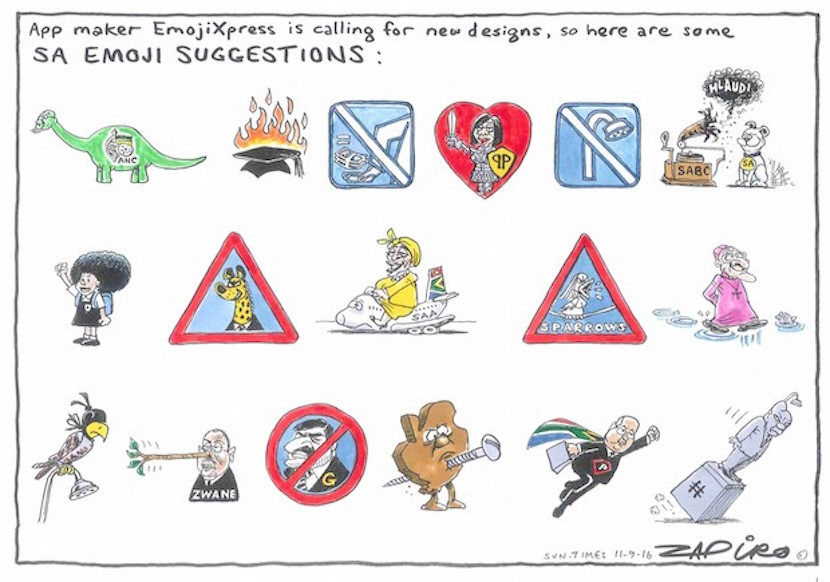 Many years ago, when his party was a shadow of today’s rather potent Democratic Alliance, then leader Tony Leon beavered away at building a platform for an effective opposition to the ANC. He was passionately supported by our mutual friend the late Paul Asherson, a larger-than-life personality who loved thoroughbreds (hence my connection) and politics (Tony’s). I recall a wonderful evening at the Singing Fig restaurant in Norwood during which all measure of dreams were shared about a future South Africa where democracy prevailed and all the crooks were in jail. After the recent metropolitan elections, Paul Asherson’s spirit is surely doing a jig. And were he still alive, he’d be applauding this superb op-ed with equal gusto. Since retiring from politics, Tony Leon has written a couple of excellent books and the occasional opinion piece. This one, republished with his permission, appeared in last weekend’s Sunday Times. As ever, the feisty son of a High Court Judge tells it straight. This time warning those branded as “white monopoly capital” to get off the fence and grow a pair. – Alec Hogg

“Who do I call when I want to speak to Europe?”. Apparently, Henry Kissinger never uttered this great quip attributed to him, on the impossibility of receiving a coherent and unified response from the European Union. 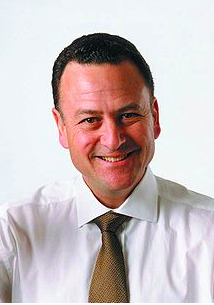 But the line is useful short hand right now, with local substitution, to frame the same question for South Africa’s business community in our year of national economic peril.

Perhaps some  were burnt by the experience of Tony Trahar ,CEO of Anglo American. In September 2004, he  offered the unremarkable observation that “ I think the risk issue is starting to diminish –although I am not saying it has gone.”

Our then very thin-skinned president of the time, Thabo Mbeki, responded with an outpouring  angry resentment in his weekly newsletter: “ Was Anglo now saying that democratic South Africa presents the business world…with a higher political risk than did apartheid South Africa?” His Excellency vented with barely contained fury.

Of course, back then we were a different country –with an economically competent, though irascible, head of state presiding over four times the near zero growth rate of current times. And Anglo still bestrode the economy as a colossus, although its primary listing has moved by then from Johannesburg to London.

Anglo’s fall from a great height has mirrored the decline of the mining sector, though in recent weeks two outlier mining chiefs have found their voices in calling for the head of the politician who has driven our economy into a ditch.

First, there was the recent  funeral oration of AngloGold Ashanti Chairman Sipho Pityana who did not hide his disdain for Zuma, describing him as a “man of no integrity” and calling for him to resign. Perhaps Pityana’s pigment and  prominent membership of the ANC provides him with some insulation from the usual  counter attacks on ‘’white monopoly capital.”

Less insulated, though he has populated his board with some ANC eminences, is Sibanye Gold Ltd CEO, Neal Froneman. This week from  distant Denver, Colorado he also declared that “Zuma had to go” given the deterrent effect  which his poor governance was doing to both the investor and ratings’ climate here.

But it’s not at all clear whether, to adapt an old mining phrase, these two canaries in the coal mine are brave maverick warning voices or indicative  of a wave of public pronouncements to follow.

But don’t hold your breath on business being bold.  While civil society, the political opposition, the media and now the courts have found their voices and postures to counter the mis-governance which is capsizing the ship of state, this does not hold for organised business. It either goes along to get along or simply cannot define its position in the public space.

For example, the group whose name suggests it is the preeminent voice of the private sector, Business Leadership SA, published a few weeks back, an advertisement of such diplomatic politeness at a moment of economic meltdown, that it is a wonder why they  bothered to put their heads above the parapet at all.

At the height of the Hawks assault on Pravin Gordhan and National Treasury and the total inaction of the president to interdict this and get a grip on his own government, BLSA offered a bromide, not a well -aimed bazooka.

Tributes to Allister Sparks' brave journalism entirely apt. But in 1991 he said DP should join ANC. One wonders, if done, where we would be

True, it called the Hawks investigation lacking any “legitimacy or credibility” and averted to the ‘‘insidious’’ subversion on the national collective effort on avoiding a ratings downgrade. But, in the next paragraph, it went on to laud the ‘unity and progress we have achieved since December’.

One wonders whether this impressive ‘unity and progress since December’ includes the Constitutional Court’s damning judgment in March on the president violating his oath of office, or the addition in this time of more than 300 000 people to the ranks of the unemployed?

Either this is a new example of the ‘quiet diplomacy’ which was the excuse for temporising with the tyranny of Robert Mugabe in Zimbabwe. Or, perhaps, it is the current application of the old adage from Dale Carnegie. In his 1936 best seller, still in print 30m copies later,” How to Win Friends and Influence People”, the self-help guru suggested readers  should  “praise by name, criticize by category.”

But the reference to “December” is exquisite politesse for the reckless act of Zuma in firing Nhlanhla Nene for dishonest reasons and wreaking billions of rand damage on our equities and bonds,   at inestimable cost to our sovereign status.

Since it is well-nigh impossible to separate the category of governance from the outsize powers of the president and his wrecking ball, time perhaps to call things for what they are.

Still, the elisions of Business Leadership SA are nothing compared to the lateral arabesque recently performed by Old Mutual and its offshoot Futuregrowth. Financial Mail editor Rob Rose called the group ‘gutless’ and ‘livy-livered’. First it announced it was freezing lending to state owned companies, many of which have become nothing more than sites of spectacular misgovernance and feeding troughs for the ‘schemers, skimmers, middlemen and rentiers’ who populate some of their boards. No matter the merits of this call, Futuregrowth MD Andrew Canter was obliged to apologise and recant for what his boss, Old Mutual MD Dave Macready called an ‘unfortunate and regrettable’ statement. Of course, Macready and co. had been given the ‘big bamboozala’ treatment by then. They were slammed as ‘anti transformation’ and ‘stooges of white capital.’ The capitulation followed in short order.

All this is reminiscent of the Woody Allen classic movie “Annie Hall”. He is desperately trying to woo Diane Keaton in the film with vacuous phrases on a first date. But what the two are really thinking of each other is conveyed in subtitles on the screen.

“Kakonomics” is not an impolite term derived from Afrikaans. According to Tim Harford, the well-known Financial Times  ‘Undercover Economist” it describes  the ‘economics of rottenness’. As he wrote recently, ‘ a true kakonomy is collusive, a tacit agreement to be mediocre at someone else’s expense.’

Pity for us, then, that the cack-handed collusion between some in business leadership and the presidency, happens to be at the expense of South Africa.