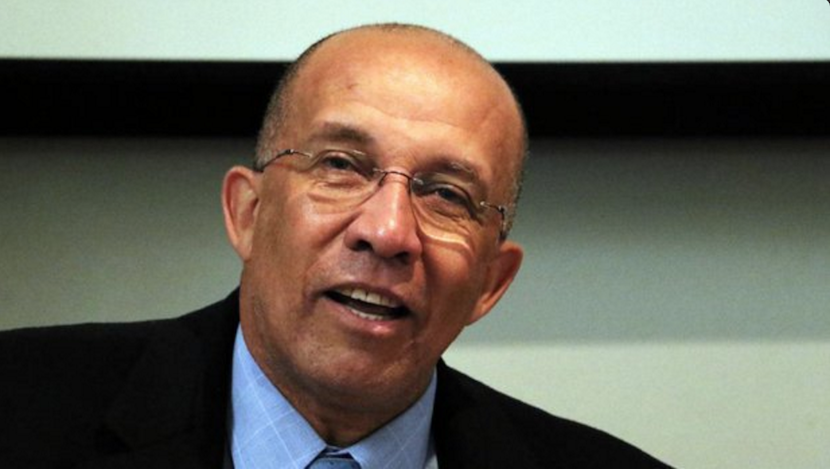 One of the immediate consequences of Nenegate was the arrival at National Treasury of “Weekend Special” Finance Minister Des van Rooyen and two Special Advisors – one of whom, Treasury’s supposed new “Chief of Staff”, is the son-in-law of ANC leader Jessie Duarte. Apart from their association with President Jacob Zuma, the three person brigade also have links to the crony capitalist Gupta family. They never got the chance to deploy a strategy which insiders say included the ejection of Treasury’s Top Four, including SA’s Procurement Tzar Kenneth Brown. As Brown is at the apex of a centralised procurement function which controls R500bn a year in annual State spending, his post is critically important in ensuring taxpayers get value for their contributions. It is a juicy prize for cronies in Zuma’s well documented network of patronage. So we have expected someone like Zuma ally Mzwanele “Jimmy” Manyi to launch a campaign to discredit Brown. The only surprise is it has taken him so long to go public. And that the plan is so lacking in imagination that it is an obvious replica of the approach used to grab control of SARS – right down to the media manipulation. New SARS chief Tom Moyane, also a Zuma ally, wiped out the entire upper echelon of management by ejecting 55 executives in 19 months. There is even more at stake at here. – Alec Hogg

National Treasury as an institution charged with the responsibility of overseeing public finances in the interest of our country, strives to do so with integrity, proper and sound governance at all levels. National Treasury will institute a process to determine the veracity of these allegations with a view to take appropriate steps. However, such process requires that those in possession of relevant information provide it. In this regard, the National Treasury has written to Mzwanele Manyi and his Decolonization Foundation as well as Lt General Ntlemeza (Head of Hawks) to get the purported dossier that supports these allegations.

National Treasury hopes that Mr Manyi is raising this matter in good faith and in accordance with laws like The Protection of Personal Information Act. We also note that in reporting this matter to the law enforcement authorities, he at the same time saw it fit to go public with information that has not been tested and by doing so may be implicating an innocent person. National Treasury hopes that, this is not a deliberate attempt to sow seeds of suspicion on the integrity of the National Treasury, and casting aspersion on the character of Mr Brown who has a longstanding record of serving the public service with great dedication.

National Treasury is committed to act on any forms of impropriety at all levels within its ranks by taking preventive action against corruption and ensuring a clean procurement system in government. This could include requiring senior executives in the National Treasury to subject themselves to independent processes of probity such as lifestyle audits, if necessary.

We also appeal to those making allegations against officials of the National Treasury to demonstrate that they too are free of ill motives to advance their narrow interests at the expense of the public interest, and have no conflicts of interest related to procurement of goods and services from the public sector.

Sipho Pityana gives us hope, and strength. And as for Jimmy Manyi's assault on Kenneth Brown's integrity – no words.