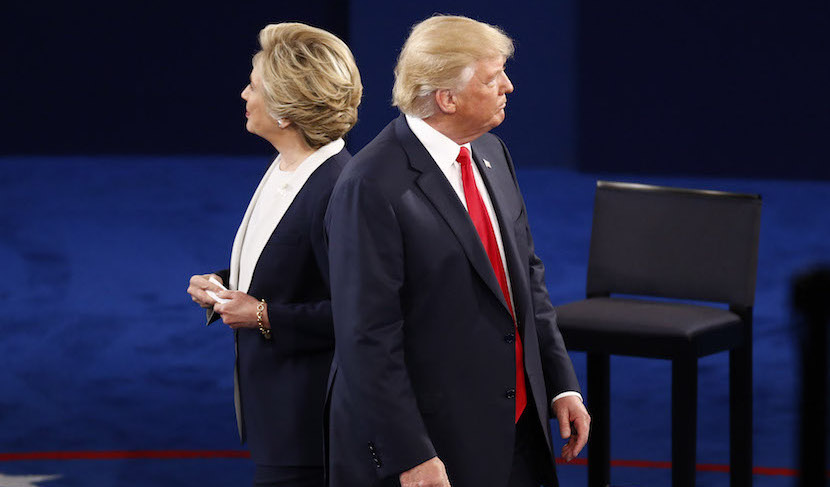 The world’s attention switches to the US Presidential election where Americans go to the polls tomorrow. Hillary Clinton represents a system that hit its sell-by date long ago. Donald Trump promises disruptive change, but is such a deeply flawed personality his election would introduce huge new risks, not just for America.

Becoming President of the United States requires winning 270 of the 538 Electoral College votes allocated between the 50 states based on relative population. There are complexities in some states where the allocation is divided but mostly winning over 50% of a state secures the successful candidate all its votes.

Given the history, Clinton and her Democrats can pretty much bank 227 of those Electoral College votes while Trump should have 180 in the bag. That means of the 131 votes up for grabs in states where the contest is too close to call, Clinton will need 43 to get across the line; Trump requires 90.

The arithmetic makes Florida, with 29 Electoral College Votes, and Pennsylvania with 20, the critical contests. If Trump loses those and fails to pull off a huge upset in one of the “Clinton-owned” states, he will have to concede. And the markets will breathe again. If not, pessimists estimate a 10% Trump-driven market crash. Not hard to see why investors like the lady.