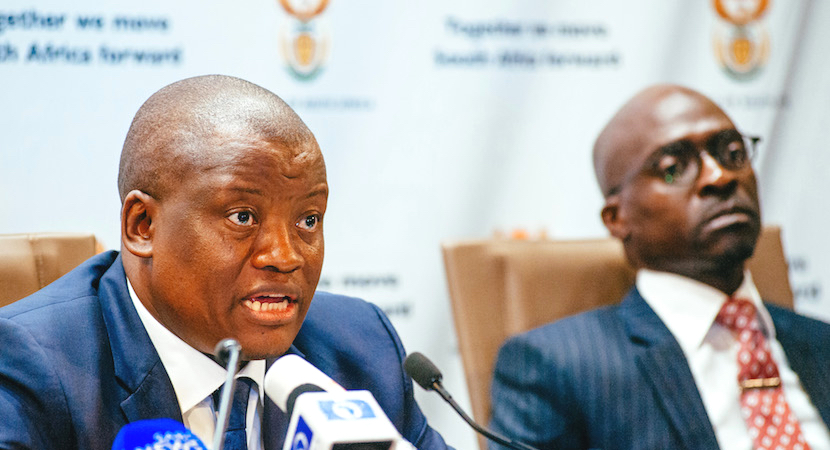 Having engaged with him a few times, I’ve got the utmost respect for Treasury Director General. He is a man with great integrity and deep technical knowledge of highly complex issues. But the 51-year-old has absorbed too much more pressure in recent times, first with 9/12 (Nenegate) and now with the firing of a man who openly admired, Pravin Gordhan.

Wading through two hours of SA’s new Finance Minister Malusi Gigaba‘s weekend press conference, there is welcome respite where Fuzile is asked to take the microphone. The long-serving DG went into some detail about the many moving parts influencing his work, the responsibility it entails and the critical role it has in ensuring taxpayers get value for money.

I thought he was highlighting these issues for the benefit of his rookie Minister, a natty-dressing lightweight who should probably have stayed a school teacher. As it turns out, Gigaba wasn’t the target. Fuzile, it appears, was giving us advance warning that he has thrown in the towel. After being given his fifth new boss in six years, he now wants out.

Bloomberg reported last night that sources confirm Fuzile has asked to leave at the end of the month, a year before his contract expires. He apparently told this to Gordhan just before his respected boss was fired. Nobody is indispensable, but having managed the most critical of SA’s public sector institutions during a turbulent six years, Fuzile will leave a massive hole. One that the Zuptoids will ensure is very expensive too.