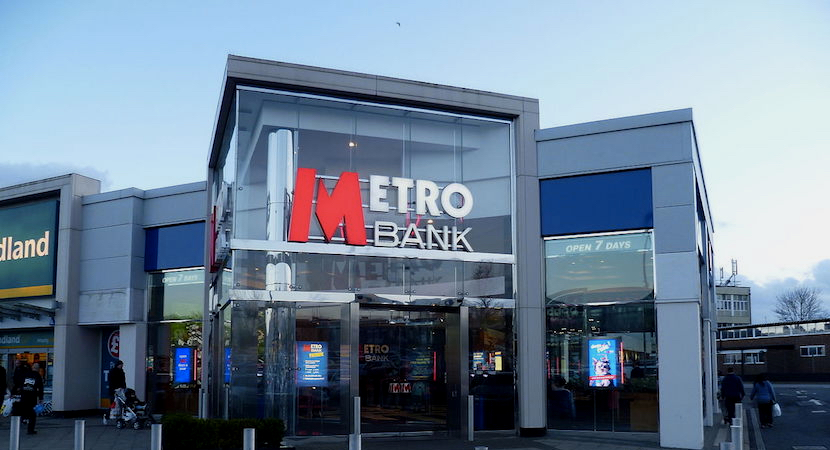 In November last year, Capitec CEO Gerrie Fourie looked me up on his way through London. Most valuable part of our chat was when I quizzed him on whether his business, rated by the Lafferty Group as the best bank in the world, would be expanding into Europe. He responded with an emphatic No. The reason, Fourie says, is their model already exists here. It’s called Metro Bank.

It didn’t take me long to appreciate Metro Bank was a perfect stock to include into the Biznews Global Share portfolio. Apart from being impressed by the growth story, a branch visit produced a reception as delightful as Gerrie had suggested. Metro Bank opened its one millionth account on Monday – on the day, appropriately, when every one of its competitors were closed for the UK’s “bank holiday”. Its first branch, the first by a new bank in over a century, was opened less than seven years ago.

Metro Bank has a lot in common with Capitec. Both call their outlets stores to reflect the customer-focused approach (banks call them branches); their doors open earlier and stay open way later – including on Sundays and public holidays (Metro says its stores are opened 75% longer than rivals); and their customers are “fans” – the vast majority of them (91% in Metro’s case) saying that they would recommend them to friends. Both also issue their bank cards to new customers on the spot; the best that the competition in the UK can do is a minimum of two days (Barclays) through to five days (NatWest, HSBC and Santander).

The incredible Capitec story is being replicated by Metro Bank. They are highly disruptive forces in a mature sector dominated by Goliaths. Both are hugely inspirational for new age entrepreneurs who believe in using technology to improve the status quo.