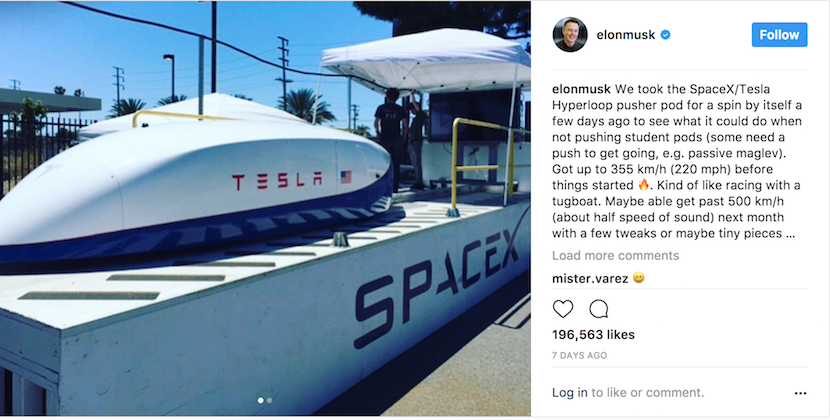 Described as a cross between a train and a plane by its champion, Pretoria old boy Elon Musk, the Hyperloop shoots passenger-carrying pods at high speed through a low friction tube. Last week Musk said he took his SpaceX/Tesla Hyperloop pod “for a spin – got up to 355km/h…maybe get past 500km/h next month with a few tweaks…”

India’s first Hyperloop expects to reduce a 35km commute between the city centres of Amravati and Vijay from an hour to just six minutes, with pods dispatched every 20 seconds. This is the third big non-US deal secured by Hyperloop Transportation Technologies (HTT), one of a number of companies in the mushrooming sector.

A couple months back I was treated to an inside track over lunch with a top exec at one of HTT’s competitors. It was strictly off the record. But suffice to say he’s racking up more air miles than an Airbus pilot as progressive governments scramble to get to the front of the Hyperloop queue. And no, the Zuma Administration was not among them.