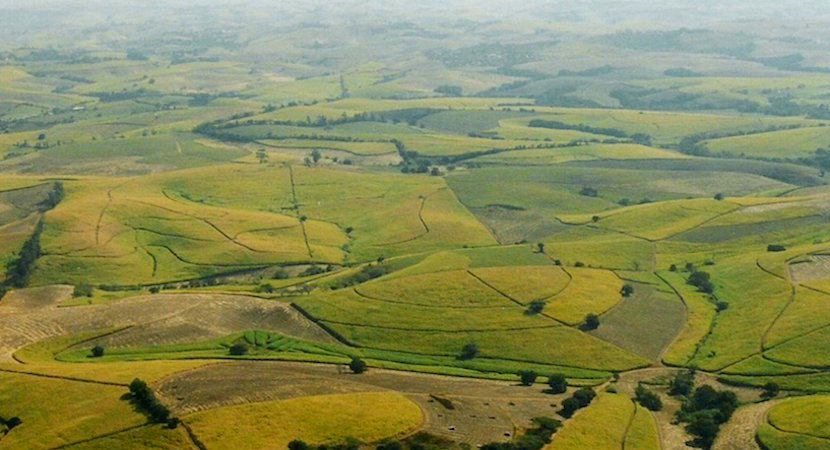 JOHANNESBURG — A lot of noise has been made about the ANC’s call last month to make changes to the Constitution regarding expropriation of land without compensation. Of course, the party also made a key caveat: that the policy shouldn’t threaten food security or spark off economic woes. What we may see in the end is a policy that is dramatically watered down when put side-by-side with the political rhetoric. But could the ANC’s noises extend to ‘taking’ ownership of other entities, such as companies? It’s a threat that exists and which needs to be prevented, according to the IRR. – Gareth van Zyl

The Institute of Race Relations has taken note of the widespread confusion around the proposal adopted by the African National Congress at its recent elective conference pledging expropriation without compensation to drive land reform.

At present, few details exist as to how this would be achieved, beyond comments made at the conference that it would entail amending Section 25 of the constitution. Because the ‘property clause’ is so often discussed in relation to land reform and the agricultural sector, it is often mistakenly assumed that a move on property rights will be limited to farming and agricultural landholdings.

It is important to understand the reality of Section 25. It refers not to land alone, but to all property. It acknowledges that redistributive measures will feature strongly in state policy and allows for this, for both a ‘public purpose’ and ‘in the public interest’. The public interest refers essentially to broadly agreed policy goals, including – but not limited to – land reform and providing access to the country’s natural resources. It does prohibit arbitrary dispossession, and recognises the right of owners to be compensated for their loss. In addressing expropriation, Section 25 states unambiguously that expropriation in the public interest may be carried out in respect of property other than land.

Over the past decade in particular, government has sought on several occasions to expand its powers to intrude onto the property rights of individuals and businesses alike – most notably, these have included the various Expropriation Bills. None of these was limited to land. Indeed, government policy in general has been chasing a larger and more assertive role for the state in pushing its transformation agenda – in fields ranging from intellectual property to mining. The ANC’s resolution fits squarely within this overall trajectory.

There is nothing to suggest that any move to open the way for expropriation without compensation will be limited to land, and still less to agricultural landholdings. Rather, we believe that it will be designed to provide the state with vastly increased latitude to seize property in a wide variety of contexts.

Once actual acts of compensation-free expropriation have been undertaken – probably targeting landholdings – pressure would rapidly build from interest groups within the state and the ruling party to apply this model to other sectors of the economy. This might take the form of expropriation of shares in companies to satisfy empowerment goals, or in the interests of national security (the Private Security Industry Regulation Amendment Bill, and the limitations it proposes on foreign ownership in the private security industry is instructive here). It is not inconceivable that culturally significant artworks or artefacts in private ownership might also be targeted.

Interestingly, such action would not necessarily imply the redistribution of property between South African citizens, but from South Africa’s property owners to the state. This is clearly evident in current land redistribution policy, which emphasises tenancy rather than title for its beneficiaries. This would raise the question of how efficiently, transparently and honestly the state would be able to manage its growing portfolio of property holdings. The opportunities for corruption and ‘capture’ would be real and extensive.

The likely impact of this proposal would be deeply damaging and would be felt far beyond the agricultural sector. It would stand to degrade the entire system of property protection in South Africa. We urge both business and ordinary South Africans to regard this as a real threat to the country’s economic prospects, and to use all available space to express their concerns about it.