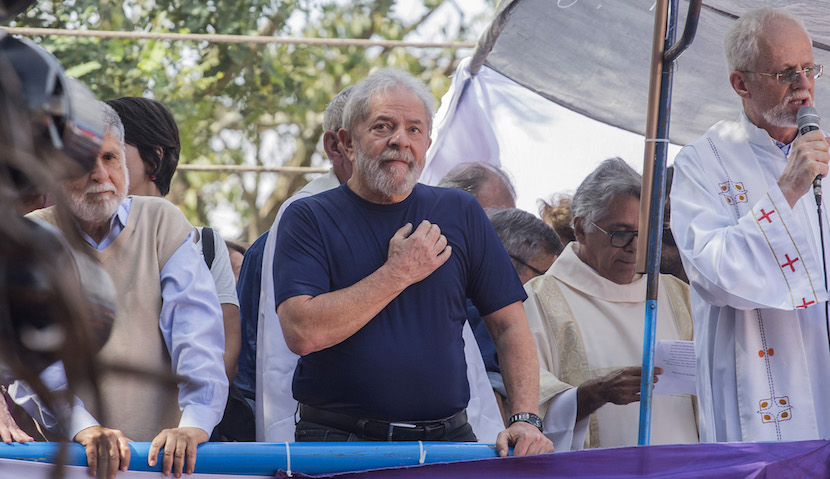 Over the weekend South Africans received a glimpse of what awaits their unlamented former leader, Jacob Zuma. On Saturday former Brazilian president Luiz Inacio “Lula” da Silva finally threw in the towel. He handed himself over to the police and has started a 12 year jail sentence.

Described in 2009 by Barack Obama as “the most popular politician on earth”, Lula is the highest profile casualty of Brazil’s Operation Car Wash. So far 120 once powerful politicians and businessmen are behind bars after being convicted for corruption perpetrated during the crooked reign of Lula’s Worker’s Party.

Last July, the court found Lula guilty of accepting a seaside apartment in return for contracts awarded to construction company OAS. He faces seven more charges of a similar nature. The now 72-year-old, who claimed throughout to have been a victim, was protected by die-hard supporters who had physically blocked him from surrendering.

There is a certain irony that in the week when Lula finally went behind bars, the biggest fish in South Africa’s version of Operation Car Wash, a man who also claims to have been a victim, began his own court journey. But like Lula, Jacob Zuma is sure to discover that although the wheels of justice grind slowly, they grind very finely.