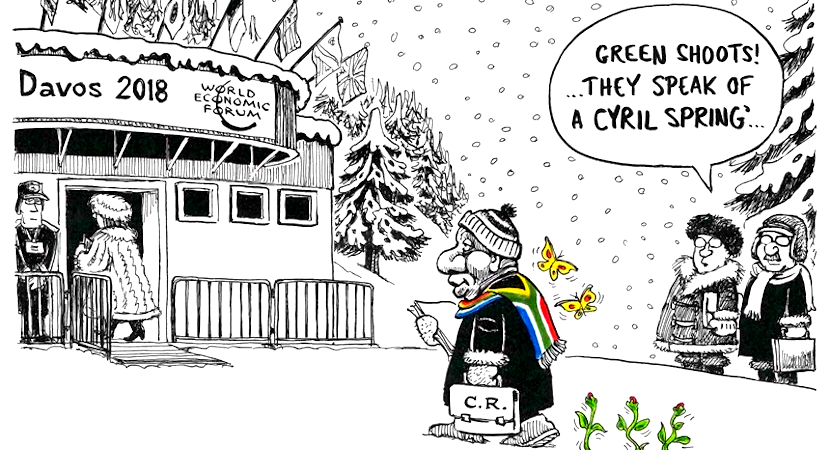 Last night president Cyril Ramaphosa unveiled a key part of his economic turnaround plan. It targets a massive turnaround in foreign fixed investment which has fallen from R76bn in 2008 to a pitiful R18bn last year.

To spark the fixed investment campaign, Ramaphosa has conscripted four ambassadors from the business sector into national service. Their directive is to travel the world and encourage foreigners to inject capital into SA, helping the country reach an ambitious five year target of $100bn in fresh fixed investment.

The international sales pitch will be led by globally respected former finmin Trevor Manuel and Jacko Maree (ex Standard Bank CEO), with former deputy finmin Mcebisi Jonas and entrepreneur Phumzile Langeni completing the quartet. Their directive is to turn into reality the Goldman Sachs forecast of SA being the hottest Emerging Market investment destination of 2018.

Ramaphosa reckons “SA has entered a new era of hope and confidence.” The baton has now been passed to Manuel, Maree and Co. It’s in good hands.