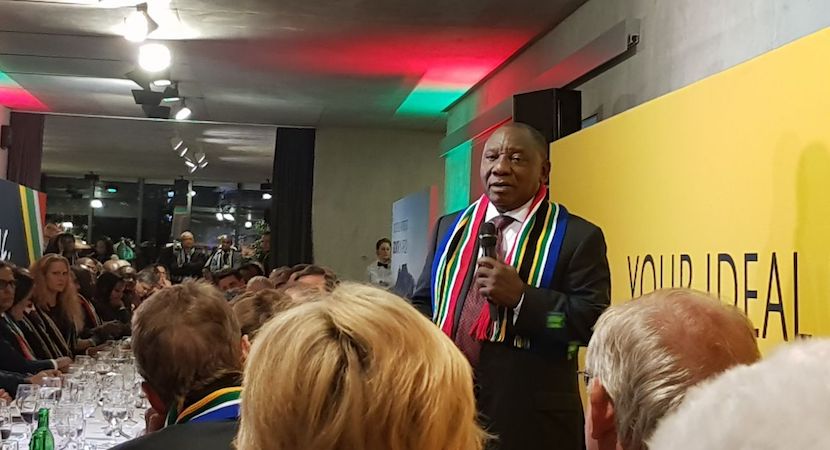 Perspective is one of the biggest problems flowing from living in an environment where change is not just the constant, but accelerating.

I was appalled when an attendee told me of the last formal meeting between the business sector and the former president. An exercise which Zuma intended would engender co-operation achieved only deeper hostility. Those from business who bothered attending suffered in silence through a lecture where even mild questions were interpreted as criticism.

The report back on president Cyril Ramaphosa’s engagement with business and labour leaders hosted last week, was at the opposite end of the spectrum. Cyril outlined his proposed stimulus package (re-allocating not increasing State spending) and proposed reforms for key sectors (mining, telecoms, tourism). He did so in a spirit of partnership and sharing before going public.

At the Brand SA dinner In Davos this year, Ramaphosa spoke of SA’s four lions – government, business, labour and civil society – needing to hunt as a unit. Yesterday’s example shows he fully intends practising what he preached at the WEF. Hope springs.

The CEO Initiative welcomes the government’s urgency in addressing the country’s severe economic challenges and has reiterated its commitment to continue working towards achieving inclusive and sustainable economic growth.

A small delegation from the CEO Initiative, as well as representatives from labour, engaged with the President, Deputy President and a number of ministers at a meeting of the President’s Economic Consultative Forum last week, in an effort to find joint solutions to improve growth and address stubbornly high levels of unemployment.

Jabu Mabuza, Co-Convenor of the CEO Initiative, commented: “It is imperative that we act decisively to create an investor-friendly environment in order to retain our investment grade credit rating and continue to attract crucial local and foreign investment.”

The business delegation, which comprised leaders from various sectors, highlighted a number of measures which would aid confidence in the economy, including:

Both business and labour delegations also expressed deep concern for the current lawlessness in the country, and the impact that the disregard for the rule of law had on investment in the country and economic growth.

The CEO Initiative is cognisant of the country’s significant challenges in employment and skills levels, and has taken heed of labour’s call to avoid retrenchments wherever possible, as well as to ensure that burdens are fairly shared between managers and workers. In situations where retrenchments cannot be avoided, it is important that support and re-training is provided to enable workers to find alternative employment.

“Periods of economic distress, such as that which our country is experiencing now, often require employees and business leaders to do more with fewer resources and make sacrifices over the short term, in order to build stronger businesses and a more efficient government that works for all its citizens,” said Mabuza.

Over the past two years, government, labour and business have made progress on various initiatives to support growth in the economy. This includes the establishment of a R1.4bn SME Fund to invest in the small and medium-sized enterprise sector and a Youth Employment Service aimed at providing employment opportunities to one million young people.  Much attention has also been placed on initiatives in sectors such as agriculture, tourism, manufacturing and healthcare which have the potential to achieve inclusive growth and demonstrate the power of constructive public private partnerships.

The CEO Initiative will be engaging with investors at the government’s upcoming Investment Conference as part of the delegation.

“As business, we remain committed to working with the government and labour to create an environment that is conducive to achieving sustainable and inclusive economic growth that benefits all South Africans,” Mabuza concluded.