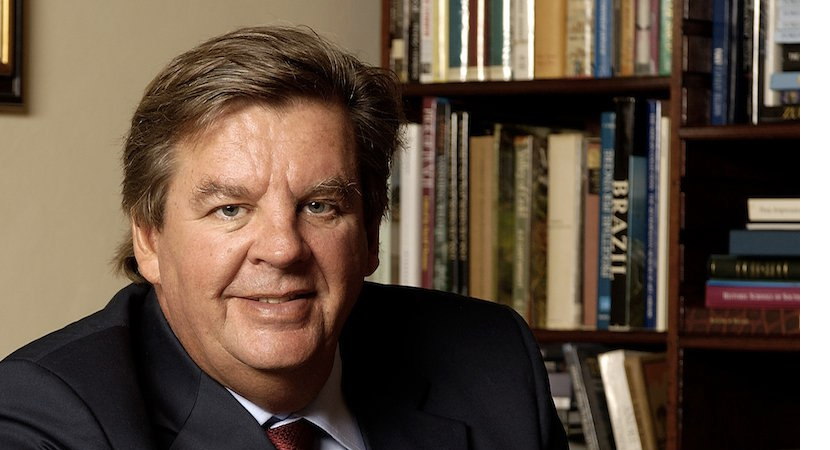 Spent a couple of hours yesterday watching a video of Richemont chairman Johann Rupert on the annual PowerFM “Chairman’s Conversation”. Mostly, because I wanted to understand why this worldly wise billionaire agreed to be there in the first place. In the decades since we first met, I’ve not known Rupert to expose himself in this way, especially not in a world so different to the one he naively walked into this week.

A global citizen and celebrated entrepreneur who created an international luxury goods empire worth R450bn, Rupert steers away from the public limelight, especially in the little pond he calls home. The PowerFM engagement was out of character. Something he admitting afterwards was a mistake avoided in 68 years, but something he would not repeat.

So why did a man who for eight years has been the focus of a propaganda campaign step onto that PowerFM stage? A few times during the discussion Rupert said he believes South Africa is in a deep hole: unless its people get past their hate and start talking, it is something from which the nation will not emerge. His intention was to get the jaw-jaw ball rolling.

With hindsight, he miscalculated. Agreeing to a format where the vox populi is provided an open microphone is folly in this noisy young democracy. Words are too easily twisted, well intended suggestions misinterpreted. All of which is a great shame. Because the biggest lesson other business leaders will take from Rupert’s bruising is to keep quiet and stay on the sidelines.

Your comments on Johann Rupert’s interview pricked my curiosity and I took a look at the interview on Youtube.

Have to agree that it was perhaps naive to allow the floor to be open to questions – the inevitable occurred…racial slurs and the normal entitlement demands.

Johann also reflected his culture and approach in the way in which he handled the insults – not the best, fairly typical of the Afrikaner way – combative at times. However, he was sincere and given the strongly PC culture which seems to be operating in SA (sadly this masks reality and ensures that only one side of the debate is ever truly heard) tried his best to put across points that are very valid when it comes to property rights and the impact this has on FDI, together with the fact that people are entitled to the same opportunities not reverse discrimination (al a apartheid) using BEE as the method of choice.

He is a man who has built an internationally competitive empire and deserves to be heard above the populist clap trap being espoused by many whose only claim to fame is their loud noise and using the past as a means of justifying wholesale destruction of the economy under the guise of ‘transformation’.

He’s started the ball rolling, albeit rather shakily, the question is: ‘will business have the guts to stand up and voice their opinion and provide some sanity, from an economic perspective, to the debate?’…I hope so but given the history, I’m doubtful.

Thanks for the article and keeping the interest levels up.