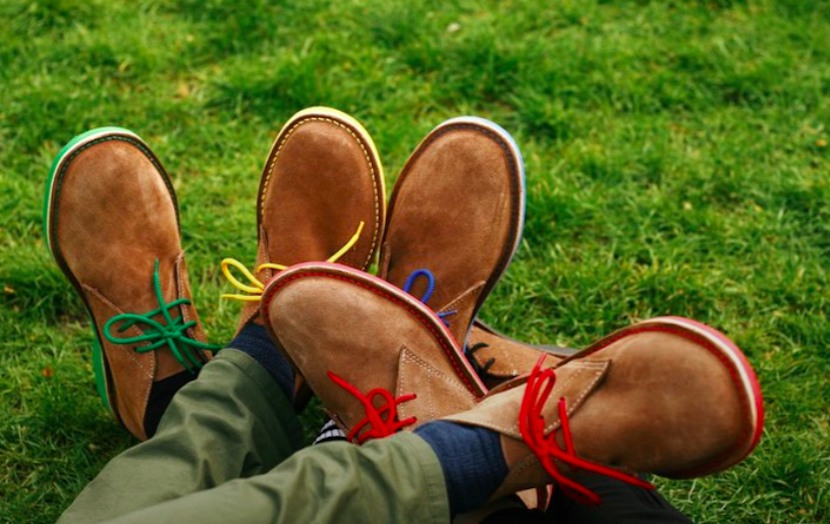 After requiring a chiropractor to fix damage from a Davos tumble, more than a decade back I invested in some serious snow shoes for my annual trip to Europe’s highest town. On Monday afternoon, even before Davos 2019 had begun, the left sole of this rarely used footwear detached itself, requiring the in-spanning of my not-too-trusty “takkies”.

The consequences were almost disastrous. The next morning I slithered much of the way on my 20 minutes to the Congress Centre, almost falling twice. Compatriot Greg Beadle, flown in annually as one of the WEF’s official photographers, saw my plight and gave me his spare set of size 10 Veldskoens. Thus introducing me to an SA classic making noise internationally.

The shoe maker’s website shows my new “vellies” with natty blue rubber soles and matching laces are Urban J-Bays. They did such a great job for me last week, the company might consider changing that to Davos Ice Crushers. Although to be sure, this mushrooming business hardly needs advice on that front.

It was founded in 2016 by three pals who noticed the SA Olympic team wasn’t wearing anything made in the country. I’m not sure whether SASCOC has yet decided to fit its athletes with “vellies”, but I do know the trademarked Veldskoen is selling up a storm in the UK, Europe and the US (where actor Ashton Kutcher is the brand ambassador). And soon, no doubt, it will also be a regular sighting in Davos.

Trust you are once again settled behind your desk in Weybridge after an eventful but cold Davos. I was intrigued to read your velskoen story today. When I lived in the States in the mid 70’s I took a break down in Florida where I met a guy who ran a shoe store in Bradenton. He invited me over for a coffee and on walking into his shop, I spotted some shoes in the window resembling a pair of veldskoen. During our coffee he asked if I wanted to buy a pair of shoes.  “Funnily enough” I said, “There’s a pair of shoes in your window which we in South Africa call veldskoen”. He laughed asking to see these shoes. He picked them up and held them up to his assembled friends and said “Do you know what these crazy South Africans call these shoes – foreskins!”. And of course for the rest of my trip I was mocked for wearing my foreskins.

I see Alec had a few shoe problems in Davos. Being the largest Safety Footwear producer in the Southern Hemisphere I would like to explain to Alec what his problem was, he obviously purchased expensive shoes or boots with a Polyurethane direct injected sole which is the latest technology for this type of footwear. However if these shoes or boots are left in a box in a dark cupboard and not worn regularly they will deteriorate as they are made to biodegrade over time. Alec must have had them in a box for many years and not worn them. However the manufacturer should have advised accordingly on the box or on an enclosed pamphlet, as PU shoes worn on a regular basis and not left in the dark for years, will last from 5 to 8 years. Alec, however is not the only one to have had this experience. PU soled footwear left on a dump will fully deteriorate within 12 months. So please buy a new pair as you visit Davos yearly and follow the above you will experience many years of comfortable footwear. Vellies can hardly be classed as a winter outfit but I am glad to see that they at least saved the day for Alec. I am prepared to send him a Pair of our Chelsea boots with a PU sole to make up for his experience provide he adheres to the above.