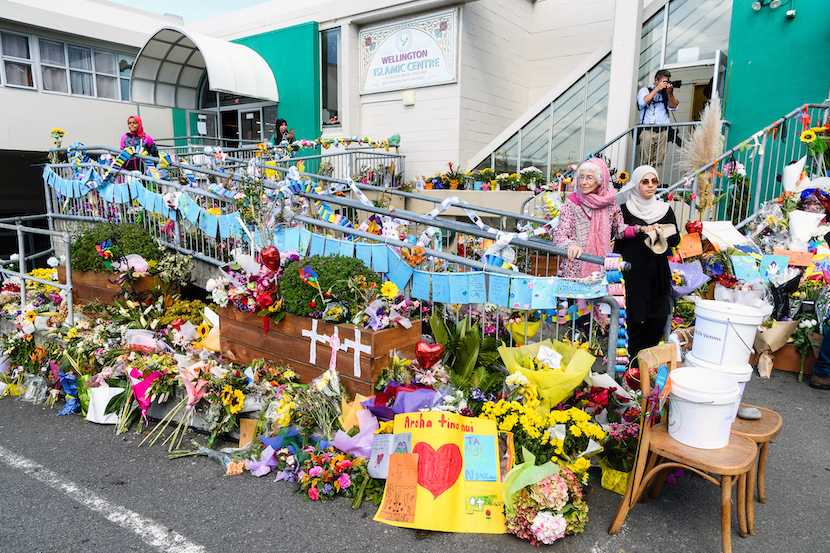 The vile attack by a right-wing gunman on two mosques in Christchurch that left 49 dead and 50 injured on March 15th this year has evoked stark memories in a Capetonian emergency medic of Sharpeville’s dying and wounded – almost exactly 59 years ago.

Mike Morris, 82, a retired consultant in emergency medicine and trauma was a fresh-eyed intern at Baragwanath Hospital on March 21st, 1960 when the wounded from around Sharpeville Police Station started pouring in (180 casualties, 69 dead). He says there was initially one surgeon and a registrar on call, but within hours some six to eight surgeons, double that number of nurses and the wide-eyed, adrenaline-filled interns were working around the clock.

“I’ve never seen anything like it, before or since. At first, we were blandly told during ward rounds that some casualties were due in, but soon ambulances, lorries and cars were decanting major casualties into what we called ‘the Snake Pit,” (the casualty unit),” Morris recalls. The most common method of resuscitation was IV fluids. Pre-existing patients were hurriedly decanted to floors and passages to make space for the overwhelming numbers of gun-shot-wounded.

Morris says that about two hours in, they were miraculously joined by two surgeons (gynaecologists) with WW II battlefield experience – and a cardio-thoracic surgeon. The trio began rudimentary triage and arranged to have a large military tent erected on the hospital grounds to handle patient overflow

“There was no time for scrubbing – we’d simply strip off gowns and gloves and replace them with fresh ones after each patient. We went for 24 hours straight with just cups of coffee and sarmies for sustenance,’ he adds

In the worst cases, rudimentary chest X-rays were done – a far cry from MRI and CAT scans available in many public hospital emergency units for instant assessment today.

“We were completely and utterly innocent. I’ve since had a lot of experience in emergency and trauma, especially back in 1980 when the Border War was on and we got soldiers from Grootfontein and Ondangwa (Namibia),” says Morris, a former Editor Emeritus of the SA Journal of Emergency Medicine and Trauma and veteran of Air Mercy flights in KwaZulu Natal.

He’s proud of his contribution to the recognition of emergency medicine as a specialty in South Africa in 2005 – after a decades-long uphill battle. Morris was, until recently, an examiner in the discipline.

“Today disaster medicine is a leading discipline in this country and we’re far better organised and trained, though capacity varies markedly from hospital to hospital (tertiary),” he adds.

New Zealanders continue to teach humanity how to be a human being. Muslim New Zealand resident and survivor of #Christchurch massacre says he can’t hate the terrorist that attacked them just because he’s a human being. Such a big heart in a brutal world pic.twitter.com/BTKSFDpF0V

Arriving that morning at the ward round we were told that some casualties were due in. No other communication followed. Hours later major casualties arrived in ambulances, lorries and cars at the “Snake Pit” (Casualty Receiving). Triage was unknown. We, unbeknown either working in theatre or doing ward work, soon were inundated with major trauma patients, all with various gunshot wounds. Only resuscitation was IV fluids. Two theatres were immediately made available and so began a hectic 24 hours. Further surgeons arrived and began operating in the gynae theatre block adjacent. Most fortunately the two gynaecologists, Lavery and Evans, both had military experience and began prioritising surgery and emergency extra wards, including a military tent. Operations continued with a rapid change of gloves and gowns, a cup of coffee and a sarmie. An early version of M.A.S.H.

Anaesthesia was swift and involved Pentothal, Scoline and Flaxedil. Use of McGill lower circuit and a new Cape Wayne ventilator was initiated. Most patients required blood and substantial fluids. This experience, personally, never to be forgotten, influenced me to follow a career in trauma and emergency medicine.