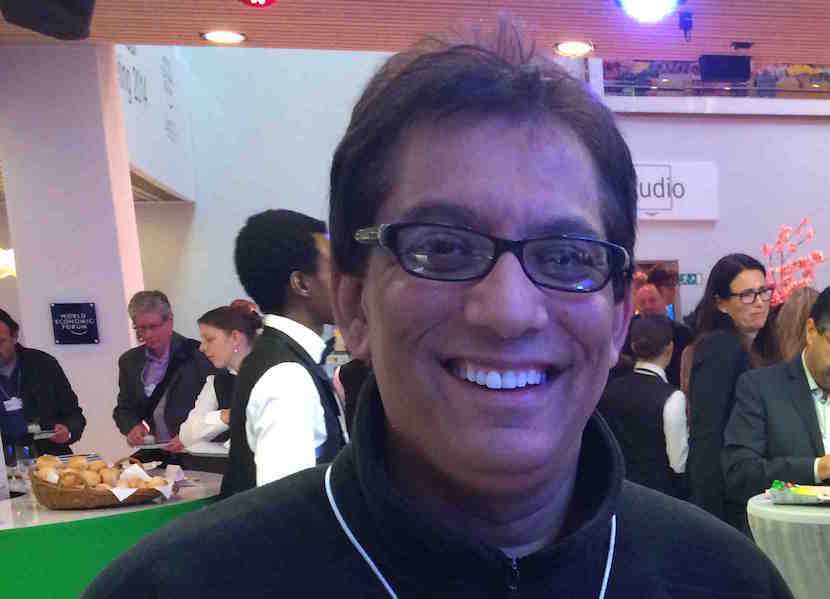 Like his other fans, I’m in awe of Ed Herbst’s researching skills. Every article he sends us is compiled as one would an academic paper or affidavits in an important trial – each statement with supporting evidence pointing to facts which might otherwise be missed. Ed’s process guides the reader through a mountain of information, leaving little to the imagination. It cuts through the chaff, giving us the ability to discount distracting bluster emanating from those trapped in a corner. Here’s the other side: I last saw Iqbal Survé at the Brand South Africa dinner in Davos, long before the emergence of the damning evidence whose dots are joined in the piece below. Survé assured me accusations against him were wrong and the only thing anyone could accuse him of is doing a great deal for his shareholders. Iqbal added that he was looking forward to answering his critics in an appropriate public forum. Much has happened in the past four months, but from his testimony at the PIC Commission and subsequently. the chairman of Independent Newspapers remains unapologetic. We’re looking forward to his right of reply to this latest salvo from the inimitable Mr Herbst. – Alec Hogg

Interviewed by the SABC in November 2014 Iqbal Survé says at 4 minutes 27 seconds of this YouTube clip: “In our group they call me two things, I am not sure that it’s an appropriate term, either the ‘Teflon Doctor’ because whatever the competitors say bounces off me or they call me ‘The Fearless Leader’.”

Zapiro, ever the comic annalist of the nation’s triumphs and vicissitudes, recorded the split between Iqbal Survé and the ANC by depicting him as a rejected skunk and Tom Eaton summed it up by tweeting ‘Sjoe. You know your name is gat when not even the ANC will take your money’.

Matthew Parks, who issued a media statement in this regard, is the Parliamentary Co-ordinator for Cosatu which has, for some time, been concerned about the growing manifestation of rot at the Public Investment Corporation which has resulted in mass resignations by victimised staff and has had a negative impact on the Government Employees Pension Fund (GEPF).

What I found quite telling was an article by Melanie Verwoerd, a former ANC MP and South African ambassador to Ireland and a respected political analyst.

This is what she had to say about the ANC’s refusal to accept the recent million rand donation by Iqbal Survé and it is clear that she unequivocally equates him with corruption in this quote contained in a News 24 article:

The ANC’s poor performance in the province comes as no surprise.

“As much as the DA was a lesson in self-destruction, the Western Cape ANC has just done it over a longer term,” says Verwoerd. “They have had leadership issues for a long time. They’re disorganised, they have no money, and have had massive fallouts. One of the most telling things in their campaign was that while Ramaphosa was talking about anti-corruption at one event, they announced that they were taking money from Iqbal Survé. They then said they were giving the money back. Then Survé said they have not given the money back. It’s just a mess.”

The decision by the ANC to return the money is laudable but it has left its ineffectual Western Cape branch in predictable chaos.

It does not know where the money is that it is committed to return.

Further afield, the ripple effects of the evidence before the Mpati commission continue to be felt and the Federation of Unions of South Africa (Fedusa) has dismissed its general secretary Dennis George for his allegedly corrupt involvement in a sordid saga which is encrusted in sleaze.

George blamed it all on White Monopoly Capital thus reflecting the ethnic antipathy so prominently on display in the testimony before the commission of Iqbal Survé.

If you are looking for one pivotal moment, the catalyst, the smoking gun when the Sekunjalo Stench became unbearable for the Ramaphosa-era ANC, you will find it on page 56 of Iqbal Survé’s recorded and under-oath testimony before the Lex Mpati commission on 2 April:

“I am not involved in the operations of AYO. The Chief Investment Officer Mr Malick Salie through you Mr Commissioner, who is sitting at the back there, is available to deal with any aspects of the financials.”

To make sure you got the message, Sekunjalo put out a reassuring statement.

Furthermore, it is common cause that Survé had sought to mislead the court when he testified that he played absolutely no role in the content generated by his newspapers.

Teflon Man had morphed into Velcro Man and Malick’s evidence vindicated the previous testimony by Naahied Gamieldien and Kevin Hardy and Siphiwe Nodwele.

Too late, AYO tried to distance itself from Salie’s testimony but the reputational damage – as Barbara Curson pointed out – was irrevocable. She makes the obvious point that AYO’s auditors need to be subpoenaed.

As a consequence, the AYO shares which the PIC bought for R43 are now valued at little more than R10 and, according to Dewald van Rensburg of City Press, they are virtually worthless.

Salie and Gamieldien are still on Survé’s payroll and what I found significant was the impact their testimony had on the commissioners. At the conclusion of their evidence the commission sought assurances that they would not suffer any consequences for telling the truth as they saw it and that assurance was given.

What really raised my eyebrows  though, was an amaBhungane claim that ‘our brother in Tshwane’ aka ‘Dr Dan’ was allegedly in the habit of leaning upon those who had benefited from PIC largesse to fund tables at the ANC’s routine fund-raising banquets.

Things are changing though.

There were times when a little help from our friends was appreciated by the ANC but, post-Agrizzi, the doubts creep in, the lobbying is no longer welcomed and even the legal experts start talking about lies. There is nothing new about such accusations, though.

And if you sympathise with the dilemma of the ANC Western Cape branch, still smarting over its election setback and now indebted to Velcro Man, try and see it from his point of view.

The Government Employees Pension Fund is hounding him for the one and a half billion invested in the Independent Media tragedy which he is refusing to repay and the PIC, in the absence of ‘our brother in Tshwane’, is demanding the return of its R4.3bn AYO folly. Furthermore, the Sagarmatha 50 billion Supergalactic Highway Fourth Industrial Revolution African Unicorn attracts derision, four of his 18 newspapers have acting editors, staff are desperate to leave and the only experienced reporters he can attract are not renowned for ethical journalism.

For me, the Gotcha moment which had my eyes out on stalks was the following two sentences in Warren Thompson’s Business Day article on May 20 relating to the testimony of Tshifhango Ndadza, a senior market risk analyst at the PIC:

“Independent Media had liabilities exceeded assets by about R500m-600m,” stated Ndadza. The PIC had already begun impairing its loans to Independent given that it had not been able to service them since inception.

By March 2018, these loans had been completely written off in the books of the PIC and the GEPF, which provides the large majority of the over R2trn the PIC manages.

Two years after the PIC inexplicably gave an acknowledged ANC acolyte control of the biggest group of English newspapers in the country, research by James Myburgh revealed that Survé was making no effort to service the loan. Survé dismissed him as a racist with a ‘right wing agenda’.

My surmise then, and my belief now, is that ‘Our brother in Tshwane’ assured Survé from the beginning that he did not have to repay the loan because it would be written off.

As history now shows, that is what has happened.

We are indebted to David Maynier and Alf Lees of the Democratic Alliance who were the first to raise concerns about the secrecy which characterised the PIC’s loan agreements.

Matjila tried to use the ‘commercial confidentiality’ defence but former Deputy Finance Minister, Mcebisi Jonas, then insisted on disclosure.

Back in April 2015 when the stench over Survé’s treatment of Alide Dasnois was becoming unbearable, Sekunjalo Investments Limited changed its name to the anodyne African Equity Empowerment Investments in the hope of cutting all brand and reputational ties with him. The name change had the desired and intended effect but, as we have now seen, the respite was temporary.

Rest assured though that the Fearless Leader, the man who treated Nelson Mandela ‘on and off the island’ and whose sports psychology inspired that glorious 1995 drop kick by Joel Stransky – even though Stransky had never met him – is not fazed.

In an article aptly headlined ‘The Man Who wants to Change the World’ we read the following passage:

Every day he affords himself a few minutes of meditation – early in the morning and late in the evening. He then asks himself the following: “What good will I do today?” and then in the evening: “What could I have done differently?” At the end of his life, he wants to be proud of his answers to these two questions, and feel “that there is no deficit with respect to having made a difference in this country, the continent and the world”, he says.

The indomitable spirit of Velcro Man will undoubtedly raise the spirits of ‘Our Brother in Tshwane’ prior to his appearance before the Mpati commission but, like Malick Salie and Naahied Gamieldien, I don’t think he will find it a life-enhancing experience.

What the recent events in Cape Town prove is that Cyril Ramaphosa’s promise to combat corruption is having a profoundly positive impact on the operating ethos of the ANC.

July 31 is the deadline for the commission to hand its report into malfeasance at the Public Investment Corporation to Ramaphosa.