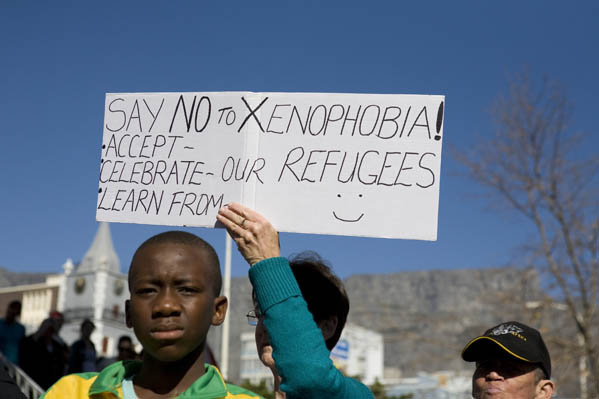 South Africa’s stock market sometimes lives in its own world. Or so it seemed after the JSE shrugged off the knock-on effect of last week’s xenophobic violence and looting in Johannesburg and Pretoria. Despite the obvious risk, there was hardly a murmur in the share prices of SA companies very clearly in the retaliation fire.

This threat, especially from Nigeria, shouldn’t be under-estimated. Witness a televised message by the chairman of Nigeria’s ruling political party calling on his countrymen to take revenge by boycotting SA-owned companies. Worse, he also wants the nationalisation or expulsion of SA businesses operating in Nigeria.

The share prices of three of those which APC’s Adams Oshiomhole specifically named – MTN, Standard Bank and Shoprite – actually rose on the JSE last week. The other SA company he targeted for retaliation, MultiChoice, dropped 6% on the week, but the recent slide in this stock began before the violence erupted.

Oshiomhole was especially outraged at statements by one of Ramaphosa’s deputy cabinet ministers and from the head of the ANC Youth League. But even angrier that nothing has been done to rein them in. Investors are under-estimating how challenging it will be for SA president Cyril Ramaphosa to calm agitated Nigerian waters.