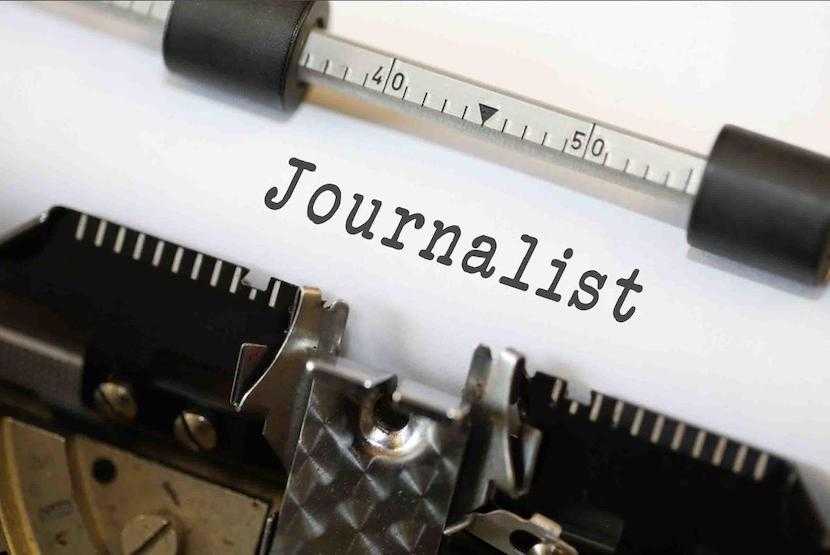 We live in a volatile society where our racist history and the Gini co-efficient are inextricably intertwined, creating fertile ground for extremists who thrive on polarisation. Putting things to rights using the same alienating tactics as the perpetrators of apartheid seems to be the weapon of choice for some who hold power and/or influence today. Putting the wedge in this ‘eye for an eye’ behaviour was the life’s work of leaders like Madiba and Archbishop Tutu, whose iconic reconciliatory gestures are now legendary. It’s not surprising therefore, given this political context, that vulgar swear words are easily uttered under provocation or after belittlement. Here Ed Herbst describes several amusing and thought-provoking incidents involving the usage of the P-word and C-word. Unfortunately, the allusion to the female genitalia is a symptom of widespread misogyny – though the use of these monikers doesn’t automatically render one a misogynist. One tip, when you have time; open some of the hyperlinks, they provide endless amusement and added value, exposing some of the paper tigers ineptly leading alienating campaigns to ‘correct’ injustices of the past. – Chris Bateman

The P-word and the C-word

Down here, on the right side of the Grape Curtain, we feel that no other word – even remotely – adequately sums up the feelings of the slighted person.

In fact, it even came up for consideration in the debate over re-naming Cape Town’s airport.

I see, however, that Barry Bateman has been sent to Coventry by Eyewitness News for using it to sum up the feelings of many South Africans about our most controversial politician.

The usual virtue signallers, all a-froth, fell over themselves to condemn him but he was stoutly defended by Jeremy Gordin.

Of course, the English equivalent is equally descriptive and equally vehement which is why Bateman’s expletive probably invoked a smile from some members of Cape Town’s small media fraternity.

It all goes back to the venomous attempt to drive Tony Weaver out of the Cape Times after the Sekunjalo takeover in 2013.

It started with the legendary ‘Media Mata Hari’ tottering around outside Newspaper House in her red skyscraper stilettos holding up a sign which said ‘Fire All Racist Reporters’.

Wesley Douglas, her co-leader in the war against the ‘White Media’ (which might well have inspired the subsequent Bell Pottinger WMC campaign) was more explicit which led to an interesting telephonic confrontation between Weaver and himself.

The Sekunjalo campaign against Weaver became so unpleasant that Trevor Manuel felt compelled to intervene.

The next chapter in this nefarious endeavour came when Weaver was charged with insubordination by the newly-appointed editor of the Cape Times, Gasant (Helen doesn’t call me anymore) Abarder and his deputy, Aneez (Down with the white farmer) Salie. Weaver has a digital recording of what transpired at the hearing.

There had been a robbery at a shopping mall and the photograph showed Pick ‘n Pay in the background. Salie suggested cropping the picture to remove any evidence of Pick ’n Pay because they were major advertisers with the newspaper. Photo manipulation is, like plagiarism, anathema for newspapers so Weaver asked how this wilful distortion could be reconciled with the editorial code of the Cape Times.

He was immediately charged with gross ‘disrespect and insolence’.

At his subsequent disciplinary hearing Abarder glared at Weaver and asked: “Is it true that you called Aneez Salie a Charlie Uniform November Tango?” – or words to that effect.

Weaver vehemently denied this, saying that he was an ardent feminist and this four-letter word, accordingly, did not feature in his vocabulary.

Abarder then asked Chris Whitfield, who was appearing at the hearing as a character reference for the accused, whether Weaver had called Aneez Salie a Charlie Uniform November Tango – or words to that effect.

“No he didn’t … but I can think of several people in the Cape Times newsroom who did!”

I much prefer the colloquial equivalent – as does Barry Bateman – but it was all going to end in tears.

That much became obvious when the dwindling readers of once-respected newspaper did a double take at the front page a fortnight ago.

It wasn’t so much the theme of the lead article – the usual attempt by this newspaper to widen the ethnic divide by raising the spectre of racism for the flimsiest of reasons – as the headline. 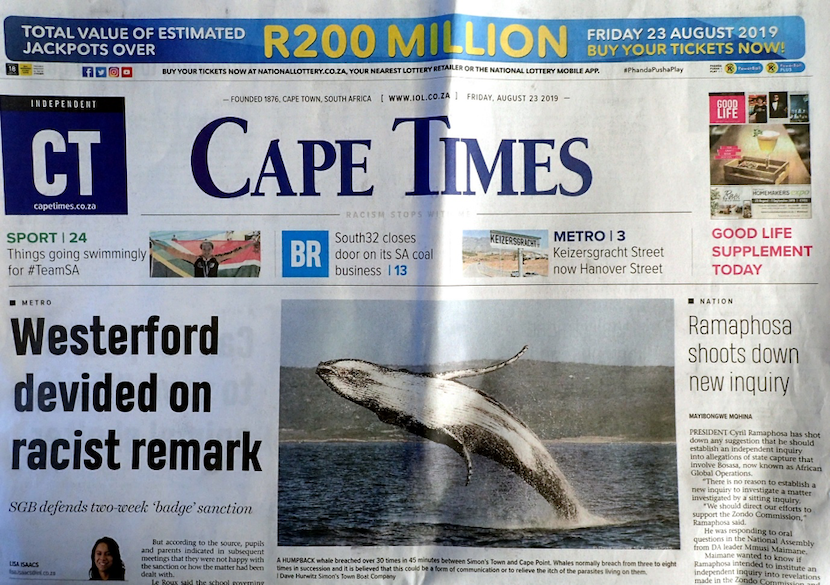 This is a telling example of the extent to which the intellectual heart has been ripped out of the Cape Times in a purge which started with the dismissal of Alide Dasnois in late 2013 after she and her team had produced an obituary to Nelson Mandela which Time rated as one of the best in the world.

Tony Weaver has written a riveting account of how that Cape Times memorial was produced.

I have urged all of them to make submissions to the current SANEF commission of inquiry into unethical news practices.

Further information will become available when Tafelberg publishes the forthcoming book about the Sekunjalo Independent Media tragedy by Dasnois and Whitfield early next month.