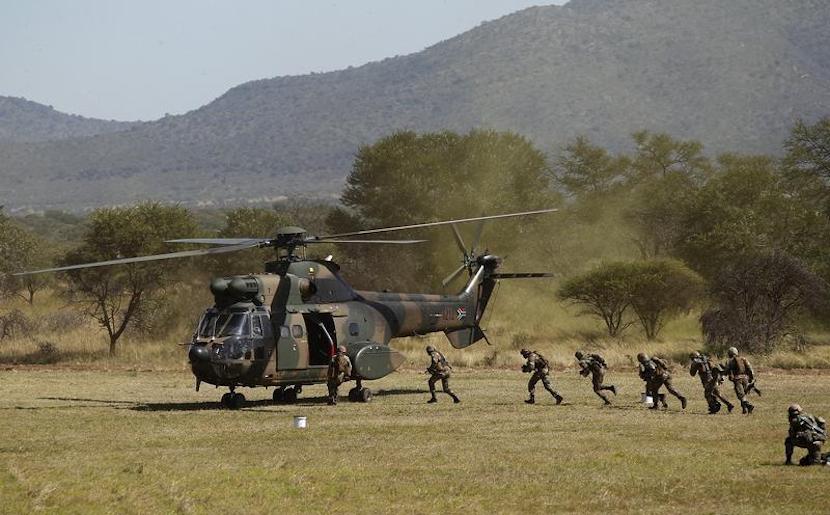 The defence industry has been lobbying the government for months to change a clause in export documents which requires that export approvals are subject to human rights considerations. The clause has always been in documents but was rarely acted upon but in 2017, it was moved to the front page of the certificate and Saudi Arabia, the United Arab Emirates, Oman and Algeria refused to sign it. The Executive Director of the South African Aerospace, Maritime and Defence Industries Association (AMD) Simphiwe Hamilton warned earlier this month that the clause is holding up billions of dollars of stalled weapon sales. Hamilton said that the country’s defence industry will continue to lose jobs, revenue, fiscal contributions and technological prowess if it could not start exporting its weapons in the near future. Hamilton said the defence industry’s role as a ‘contributor to South African GDP, much needed jobs and tax revenues’ needs to be acknowledged. This was also the position of defence analyst, Helmoed Romer Heitman who wrote that the arms industry could boost the South African economy. His article prompted a strong reaction from writer, Terry Crawford-Browne who says there is no strong case for South Africa to be in the business of war – the country can’t be proud of defence capacity ‘pirated’ from other countries and more jobs can be created in other industries. Crawford-Browne has been a campaigner to recoup the R70bn of taxpayers’ money spent on the crooked arms deal and will release a new book in March in which he explores the role of gold in funding wars and corruption, and poses the question whether bitcoin and cryptocurrencies are the ‘new gold’ of the future. – Linda van Tilburg

As Eskom, SAA, Denel and other SOEs face collapse thanks to corruption and managerial incompetence, the SA war business lobby led by Helmoed Romer Heitman is ramping its propaganda that the “defence industry” is a vital contributor to our economy through technology development, exports and employment. The reality tells a very different story. Arms exports, even in the US and Britain, are highly subsidised. So the notion that killing foreigners for profit is a lucrative business is not only grotesque, but is also an economic fallacy.

Tens of billions were poured into the arms industry during the apartheid era, yet nuclear weapons and other military paraphernalia proved useless in defending the apartheid regime. The canard continues that South Africans brilliantly developed the armaments technology. The reality is that the technology was either supplied by or pirated from the Americans, the British, the French, the Germans, the Israelis etc. As Martin Welz of Noseweek put it: “The Israelis had the brains, but no money. The South Africans had the money, but no brains.”

Somchem, in the Macassar area of Somerset West was a key Armscor plant, but many of its units were closed down by the Americans during the 1990s. The property was taken over in 2008 by Rheinmetall, the German munitions company, which had flouted the UN arms embargo during the 1970s and which now deliberately locates its production in countries such as South Africa to bypass German arms export regulations. Environmental contamination of munitions factories has never been taken into the equation, but the cost of cleaning up the Somchem/Rheinmetall Denel Munitions (RDM) property is likely to run into billions of rand. Are SA taxpayers going to pay for that, or RDM?

About 85% of RDM’s production is for export to the Middle East, primarily to Saudi Arabia and the United Arab Emirates (UAE). The National Conventional Arms Control Act stipulates that South Africa will not export armaments to countries that abuse human rights and/or to regions in conflict. The National Conventional Arms Control Committee shamelessly closed its eyes to that requirement until international uproar last year over Saudi/UAE war crimes in Yemen prompted suspension of such exports.

Now RDM, Paramount, Heitman and others are screaming about job losses. The reality is that almost any other industry (but renewable energy in particular) could create both more jobs and better paying jobs in Macassar at a fraction of the costs.