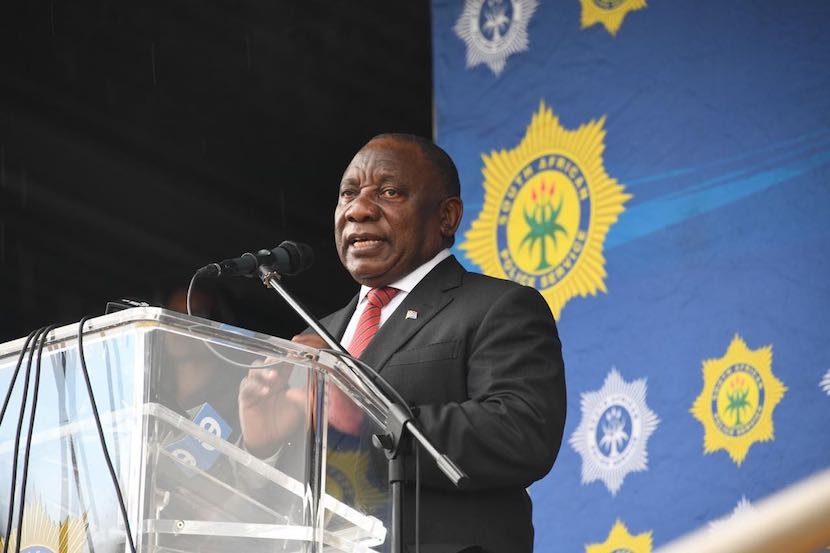 The Biznews team, like others in the news business, had an extended Tuesday. But waiting for president Cyril Ramaphosa’s address to the nation was worth it. Not every day your country’s leader explains why he’s injecting a rescue package worth 10% of GDP into the system.

While there were plenty details about where the R500bn is going, nothing more than hints on how the “phased return” will work. We must wait until Thursday for the details. But from everything we’re hearing, another lockdown extension is not on the table. SA’s people, even after an extra 25% of the annual national budget, simply won’t bear it.

So a fatalistic approach has been adopted. The lockdown, the message goes, was designed to buy SA time to prepare for an inevitable surge in Covid-19 infections. With that objective achieved, now we vasbyt. Even at the best case, the current 58 mortalities will finish up over 1,000. Likely worse.

Except, of course, if those childhood BCG vaccinations actually do turn out to be an unexpected shield. Or if Stanford University’s medical prof Dr Jay Battacharya is right and the mortality rate is not much higher than the 0,1% of seasonal flu. Only time will tell. At least the nation enters the war well prepared.

While I do enjoy reading BizNews every weekday morning, I am sorry to say that I am very much more cynical than you appear to be.

While I think that Cyril’s R500bn injection into the relief funds sounds fantastic, the cynic in me says that this is just another ruse for the politically connected to syphon off more funds, on an even bigger scale than Zuma’s State Capture.

As someone in the tourist and travel industry whose business, and to a large extent livelihood, has been wiped out for an extended period I don’t expect to see much or any relief from those funds. Probably because I am white and my partner/wife and I don’t employ anybody in the business, so it is just us; and we are past the pensionable age.

My big concern, however, is not entirely for myself but for some of the people that I would engage with on an ad hoc basis when doing my tours to Soweto and picking people up at the airport.

To name a few, there is a guy called Trust Phakathi who worked for one of the bigger Airport Transfer companies at OR Tambo as a meet and greet man. Trust appears to be destitute and has a family to feed. He now has no income and as far as I can ascertain is not getting anything from UIF. I would get Trust to meet my clients for me on the odd occasion when I got caught up in traffic and was running late. Trust is just one of a number of people doing this kind of work at OR Tambo who are probably also destitute.

There is a guy called Percy who I would meet at the Bara Taxi Rank and he would take my clients to his house and then through the Taxi Rank and on to a shebeen. I have lost contact with Percy as I think his cell phone was stolen just before lockdown. When I called his number on more than one occasion someone else answered who did not know Percy. Percy is an unofficial site guide and I am sure has no income and was probably not registered for UIF.

A third person that I dealt with was a guy called Poloko, who was a site guide at the Hector Pieterson Museum. He never had a cell phone but when I arrived at the site would appear out of nowhere and give my clients an insight from a resident’s perspective of what happened on 16 June 1976. He is far too young to have been there himself but was putting himself through a tour guiding course and was making a big effort to support himself, and certainly added value to my tours. He, like Percy, would not have the benefit of UIF.

With your better contacts than mine can you tell me how these people and others like them can get assistance?