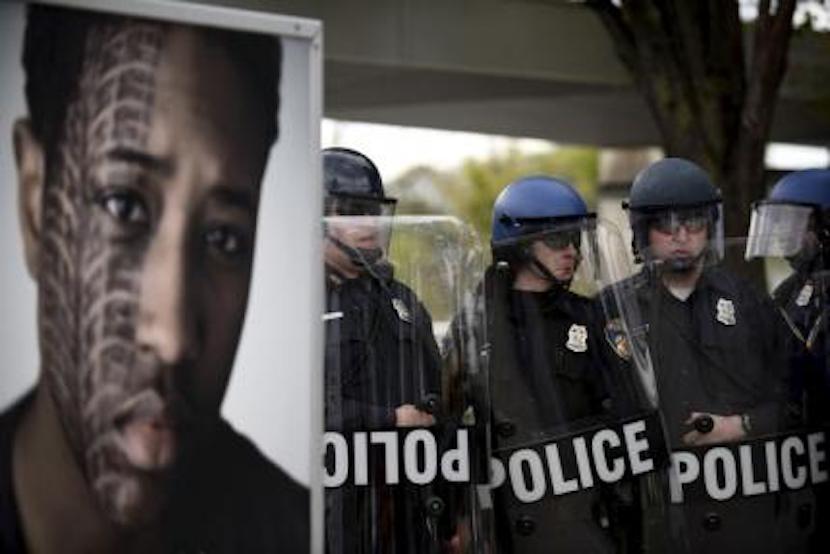 The brutal death of George Floyd, an African-American man is reminiscent of a callous killing of a South African activist, Andries Tatane by the police after a service delivery protest turned ugly in Ficksburg, Free State. The similarities are so glaring, both black men were captured on video, made news headlines, and sparked global outrage. We’ve talked about how the use of excessive violence as part of everyday policing has long been the norm in South Africa and the US. The death of Floyd holds some important lessons – and some important warnings. – Stanley Karombo

Guess who was waiting inside the pearly gates to meet George Floyd when he arrived? St Peter had gathered some dignitaries – Martin Luther King Jr., Patrice Lumumba, Steve Biko and among them was Andries Tatane.

Floyd was not an eminent pastor like MLK. He was not a politician like Lumumba. He was not a famous and articulate doctor like Biko. He was just a working man – like Andries Tatane was. So St Peter thought that Tatane would make a good guide to show Floyd around the heavenly city.

Tatane was South Africa’s George Floyd. He was a school teacher and an activist. He tried to calm down the tempers of the service delivery protesters, in Ficksburg. But they got out of hand. The police responded by firing rubber bullets, trying to “keep the peace”. With bullets!

He went over to ask the police to calm down as well. Blessed are the peacemakers. He took a rubber bullet in the chest, and died twenty minutes later.

He committed no crime. The service delivery protest was legitimate. But the IQ of a mob is the same as the IQ of the dumbest person in the mob. They get hard to reason with, as we saw in the aftermath of Floyd’s death. That is, until the “elders” like Jesse Jackson and Al Sharpton rebuked the protesters for disgracing a venerated tradition of non-violence. One that goes back through MLK to Ghandi, back further to Tolstoy, back to Henry David Thoreau, and all the way back to Jesus Christ. Even the Floyd family pleaded for protests to be peaceful.

What did Jesus tell the Jewish men who came out in droves to consult him? They lived under double jeopardy – a crazy local king, in cahoots with the violent Roman empire. They were looking for a messiah, a liberator. Jesus told them clearly: “Sit down!”

His message is sometimes missed, as if he was talking body language or crowd control or something. He was telling them that if you confront this double jeopardy with violence, you will be crushed. But given a choice, they opted for Barabbas, a terrorist, over the one who taught forgiveness and love. Within decades, the predictions of Jesus came to pass. Jerusalem was sacked, the temple was torn down – and the Jews were driven out of Palestine in AD 70.  Until they returned in AD 1948. That was a long exile.

In South Africa, we are no strangers to public protests. We call them “service delivery protests”. Too often they get violent and destructive. One of many academic studies of this phenomenon was published jointly by the Institute for Security Studies and the University of Cape Town. In its closing section, it summarizes the way that it categorized protests into three kinds:

“In considering turmoil associated with community protests, we introduced a distinction between violence and disorder, providing a three-way categorisation of protests as orderly or disruptive or violent. We argue that this way of understanding turmoil is more sympathetic to protesters and to the history of protest, better captures the changing dynamics of protests, and consistently applies a definition of ‘violence’. Further, it is alive to the police’s concern with both preventing disorder and policing violence.”

So they made a distinction between “violent” and “disruptive”. Sounds to me like splitting hairs! But I can see it. The third category is “orderly”. Here was one of their observations:

“Since 2006, there has been considerable growth in the number and turmoil of South Africa’s community protests. In 2010, Alexander described these protests as a ‘rebellion’, a term taken up by other writers. If it was right to draw attention to the scale of the revolt then, it is even more appropriate today.”

Globally, we marched together last year against Climate Change – with Greta Thunberg.

Locally, we marched the year before that to “Save South Africa” – from itself.

We are no strangers to marching, remembering the orderly Woman’s March in 1956, the havoc at Sharpeville, and the Soweto Uprising. The excuse is always the same – the police are outnumbered and at risk, so they are entitled (by law) to respond with force. But not excessive force. Law enforcement needs to draw a line in the sand, and never step over it. Or it loses the legal high ground. The cops who shot Tatane were acquitted of the murder charges laid against them.

During the Covid crisis, the President has deployed military forces to reinforce the ranks of the police. There has been stiff enforcement including 230,000 charges laid against citizens for violating the lockdown regulations. But at times the police and soldiers have both stepped over the line. Incidents of police brutality are under investigation.

The protests all over America and beyond in the wake of Floyd’s death give us hope for systemic change. They also give us a modicum of worry that there will be an uptick in Covid infection rates, because of the density of the crowds. The memorial services, the funeral and the burial are over. Next comes the trial. Hopefully it won’t take 15 years to get these criminals to trial, like it has for some others who will go unmentioned? Stay tuned.

But in heaven, Andries Tatane is showing George Floyd around. They are walking together on streets paved with gold. For the values of that heavenly city are such that the only thing that gold is any good for is paving. We won’t change our behaviour until we change our values. “Where your treasure is, there will your heart be also.”