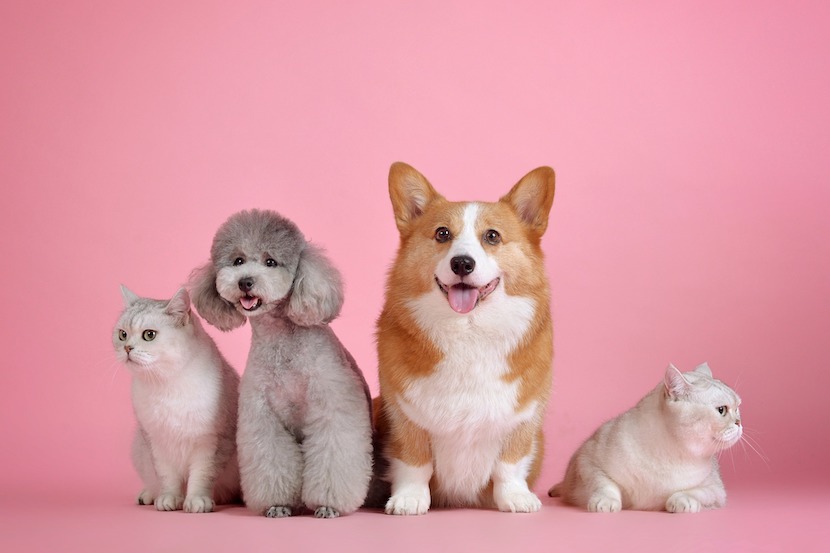 During the Covid-19 pandemic, many people took up new hobbies including baking and cooking. With exercise facilities closed and social gatherings banned, many a fitness regime was abandoned. Truthfully, buttoning my formal shirt has become nearly impossible. My Boston Terrier Sadie follows me around like a shadow and has perfected ‘puppy dog eyes’. She tilts her head to one side as if to ask, “And mine, mom?”, every time I open the pantry door (far more frequently these days). As a result, my pooch has gradually become rather porky. According to The Wall Street Journal, Sadie and I are not alone in gaining the ‘Covid-15‘ that Anne Tergesen writes about. – Melani Nathan

Full membership of The Wall Street Journal is bundled with subscriptions to BizPremium, which also includes access to a weekly webinar with top SA stock market experts, an exclusive monthly update on the top-performing BizNews Share portfolio, an interactive WhatsApp group and Alec Hogg’s daily Rational Perspective newsletter. All for just R105 (£4.99) a month – for more details click here.

Is Your Dog Fat? Blame Covid

By Anne Tergesen of The Wall Street Journal

Melissa Marion, 22, noticed her 4-year-old cavapoo Louie gaining weight last year when the neon vest the dog wears for nighttime walks became a little snug.“Before the quarantine, it was loose on him,” says Ms. Marion, who lives with her parents and two brothers in Warren Township, N.J., where she works remotely in public relations. “But with everyone at home, baking banana bread and feeding him table scraps, we could barely strap it on.”

So many people have struggled with weight gain during the pandemic that the term “Covid 15” has gained currency, a variation of the familiar “Freshman 15” weight gain in college. Their pets aren’t far behind.

Among 1,000 dog and cat owners surveyed in October by Banfield Pet Hospital, the nation’s largest general veterinary practice, with hospitals in 42 states, 42% said their pets had gained weight during the quarantine, up from 33% in May.

“A 2.3% jump in a year is significant. It’s among the biggest increases we’ve seen over the past decade,” a period of rising pet obesity, Dr. McAllister says.

“What we are hearing from pet owners is that their dog is at their side, engaging in treat-seeking behavior,” Dr. McAllister says, “while their cat is annoyed they are home.”

Fueling the weight gains for many pets are lockdowns and work-from-home schedules, says Ernie Ward, a veterinarian and founder of the Association for Pet Obesity Prevention. While some people are taking their dogs for more walks, he says, “people are also surrounded at home by snacks and every time we go to the cupboard to get potato chips or cookies, we tend to share that with the dog.”

Dr. Ward, author of “Chow Hounds: Why Our Dogs Are Getting Fatter,” says pandemic stress is also contributing.

“When you feel stress, your pets are also feeling that,” he says, and then they, too, stress-eat.

Taylor Roland, 27, says her dog Lily has become a champion beggar. Over the past year, the German shepherd pit-bull mix has become about 10 pounds overweight. Before the pandemic, says Ms. Roland, who works in marketing, Lily typically got table scraps five nights a week. But with Ms. Roland working from home, Lily whines for a share of “breakfast, lunch, dinner and snacks seven days a week.”

“She’s perfected the big puppy eyes,” says the Morristown, N.J., resident. “It was manageable when I was gone a lot of the day, but 24/7 of that creates some challenges.”

Lily discovered that if she cries when Ms. Roland is on a Zoom call, she’ll get a treat. “I either give in and give her a treat knowing she doesn’t need one,” Ms. Roland says, “or I have a dog crying while I’m on a call.”

Veterinarians say treats should make up no more than 10% of daily calories. Sales of pet treats rose 10.6% in outlets including grocery and convenience stores in the 12 months through Jan. 24, according to Chicago-based market-research firm IRI.

It’s hard to estimate the impact of table scraps, says Dr. McAllister, who recommends carrots and green beans instead; “A one-ounce cube of cheese could be the equivalent of a fast-food burger for a small dog.”

The more people in a household, the harder it can be to manage a pet’s food consumption, Ms. Marion discovered. Her mother, she says, tries to keep Louie on a healthy blend of vegetables and chicken. But with five family members on different schedules, “there is food out every hour of the day.”

“It’s harder to be disciplined,” she says. “We’re all fed up with being home. Louie is fed up. He hasn’t been on playdates or to the dog park for almost a year.”

Many with overweight pets rationalize that theirs is the “LeBron James of dogs,” says Dr. Ward. “But there are only a handful of LeBrons out there. It’s really just obesity.”

Allison Doty, 29, says her cat Cakes has always been food-motivated. Since the pandemic, says Ms. Doty, a taxidermist who works from home in Inverness, Fla., her husband and children have been home most days, causing Cakes to “get a lot more treats.” At 13 pounds, Cakes is overweight, she says, adding that the cat has a “really big” build.

During quarantine, Ms. Doty says, Cakes developed a taste for Kentucky Fried Chicken, which the family buys occasionally. One night, after waking to a loud crash, the family found Cakes “going to town on the chicken bones” from the garbage can she overturned.

Cakes has maintained a stable weight lately, says Ms. Doty, by working out with a laser pointer.

Caroline Avallone, 49, says that when her children left home last fall, she and her husband took a hard look at their miniature bernedoodle Parker, which was about 10% overweight. They also confronted their own pandemic weight gains and eliminated sugar, alcohol and dairy.

The couple, who divide their time between Sea Girt, N.J., and Key Largo, Fla., are now below their pre-pandemic weights. Parker regained some lost weight over the holidays but has resumed a downward trend, says Ms. Avallone.

“From March through October, we were all in a state of shock that this pandemic was happening,” she says. “We were eating and drinking our way through it to keep ourselves happy and uplifted.”

“We made a commitment to get everyone back on track,” she says, including Parker, who “is back to just dog food. No more food from the table.”