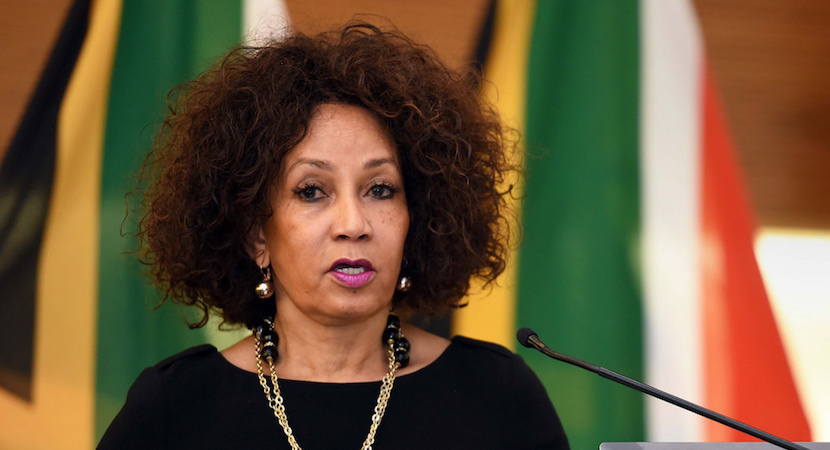 Solidarity is a South African trade union that negotiates on behalf of its members and attempts to protect workers’ rights. They are taking Minister Lindiwe Sisulu to court, amid the hiring of Cuban engineers to assist with our water infrastructure – while local engineers sit unemployed. The head of legal at Solidarity told Alec Hogg that they want answers. – Alec Hogg

The minister made an announcement that she’s going to appoint approximately 24 Cuban engineers to do some water and sanitation infrastructure engineering works. That was made a public announcement and we decided to investigate the matter. At the end of the day, we are inundated with South African engineers [who are sitting] without work and income. They gave us a mandate to investigate the matter. It seems, to a certain extent, that the decision by the minister is not only illegal, but most certainly irrational or immoral as well. The matter was investigated and we gave the minister opportunity to provide us with some answers as to whether it is indeed legal [and] whether it’s a rational decision. She decided, unfortunately, not to. So, we need to go to the courts. It’s unfortunate, but at the end of the day, we have a mandate from members to proceed.

On whether there was any attempt to look for South African engineers prior to bringing in Cubans:

The minister stated in an interview that there was a call to action for South African engineers to come forward and to work on this specific projects. To our knowledge, no proper advertisement took place. She said on radio that only five white engineers came to light and offered their services – she didn’t deem it necessary to appoint them. She says she tried to get South African engineers – but there was no formal advertisement or process from her side, so we doubt it.

On the applicants who were deemed unsuitable:

On reaching out to Lindiwe Sisulu:

We wrote her a letter and we told her we don’t want to unnecessarily litigate on this matter. Let’s have a discussion. They took up the offer of a discussion and we had that meeting about a week ago. In that meeting, it was agreed between the parties – I won’t go into detail of what was discussed as it’s off the record – but the delegation made the specific point that they will answer our questions and give some proposals as to how this matter can be dealt with.

That would have been given to us last week Friday (14 May). They asked for a postponement, to the end of business 18 May. Unfortunately, we have received no substantive proposals as to how matter can be settled. No information was given as to the bilateral agreements between Cuba. [We received] no formal proposals from the minister. It’s [now] necessary for us to go to court.

On what Solidarity is looking for in the court process:

First and foremost, we want some answers. The minister made an administrative decision – which she argues is rational. If you look at the rationality on a legal basis, then there must be a nexus between the decision being taken and the outcome you want to reach with that decision. We want to see that alleged bilateral agreement between SA and Cuba – what that entails. Then, we want some answers as to why South African engineers – that are situated in South Africa [and unemployed] – were not given the opportunity to look at the specific projects. If the minister isn’t forthcoming in terms of the answers being given, then we’ll say the decision was not rational, it’s not legal, and therefore it must be interdicted.