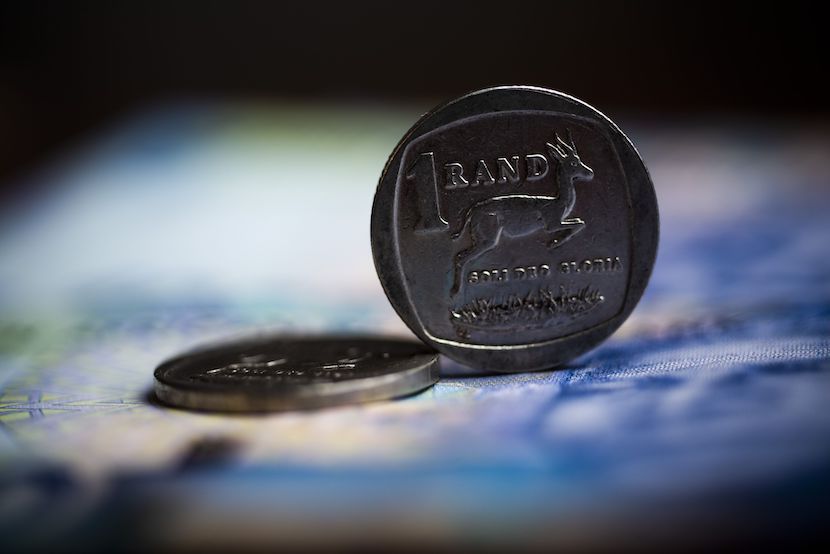 TreasuryOne currency analyst Andre Cilliers breaks down the driving forces behind the rand’s momentum since the beginning of the year. The commodity supercycle has played an integral role in that, and if the commodity boom can continue, the rand has legs to drive even stronger. Piet Viljoen and Nick Hudson also weighed in on the matter.

Andre Cilliers on the rand breaking R13.50 and whether it will continue with its momentum:

There are some factors that one needs to keep in mind and one of the things that I’ve said for the last couple of weeks now is that if you look at the commodity space and you look at commodity prices on the increase, then that was certainly one of the big drivers behind the rand reaching these levels. And the question remains whether that’s at the end or whether it’s not at the end. Now, in my personal opinion, I do not think that it’s at an end. If we look at today then we have seen some pullback but that’s literally what I think it is. It’s just a pullback. We’ve had numbers out – private sector employment by the US, which was way above target – but now we have to go back and say last month that was missing the targets dismally. And this month it’s quite logical that it will then actually shoot up. April [is] in any case quite a funny month because there’s a lot of holidays, whether you’re in South Africa or the US. There’s a lot of public holidays there. So I don’t think that we’re at the end of the strength of the rand but I think we might get a temporary breather, and we’re awaiting the non-farm payroll figure to have some confirmation of the private sector figures that came out. Now, that’s a very good leading indicator and one can expect the non-farm payroll to come out at very good levels tomorrow.

Piet Viljoen on the commodity cycle:

I think that the commodity cycle is driven by supply of commodities. And in this cycle, mining companies have not been investing in new mines and expanding production. So I think that despite the current high prices, which are way in excess of the marginal cost of producing it, whichever commodity you want to talk about, I still think this thing can go up because there is no new supply coming. And if there is a continued drive for increased expenditure on infrastructure, green infrastructure, wind, solar energy, electric vehicles, the US – you know, Biden is talking about spending six or seven trillion dollars on infrastructure – if you get this sort of spending into the economy, commodities will continue to be in short supply for quite a long time going forward. So I think that’s one possible future, and I think one should probably place a fairly heavy weighting on that future. It’s not a certainty, but it is a possible outcome.

Andre Cilliers on the impact this will have on the rand:

Well, it’s got a positive implication for our trade balance. We’ve seen our trade figures ballooning and our trade balance ballooning. And it simply, at the end of the day, becomes a question of supply and demand. And our demand for currency is still very, very low because we’re not seeing massive spending on retail sales. We’re not seeing it on car sales. We’re not seeing it on anything coming from the consumer side and as long as that prevails and the supply comes in from the commodity side, you will have an overhang of dollars coming into the market and that will work positively towards the exchange rate going forward.

On why South Africans are not importing:

I think one of the reasons is that if you go back to the start of the pandemic, I think a lot of people were most probably caught with fairly high stock levels, which is quite a costly exercise – if you carry high stock levels with nobody buying because of a lockdown. And I think people are afraid of that and I think they [are] keeping their stock levels low and the inventory levels are at low levels. I think that’s going to remain like that for quite a while, and I think a lot of the people will, when they go into the markets and they start buying things, especially the more expensive stuff, they’ll find that it’s not that easily available. So if that continues and demand is slow with an overhang of dollars, the benefit will be there for the currency.

On whether the rand could dip below R13 to the dollar:

Let’s not forget that in 2018, we’ve been as low as into the 11s. So there is a chance that we could go closer to R13. But you also have to take into account buying power parity and whether the rand’s in an overvalued or undervalued situation. Now, if it goes below R13, then I think it will go into an overvalued situation and then your exporters will really struggle and competitiveness in international markets will be a problem for them. And then you could see a decline in export levels, which then slowly will work through to your trade figures again. Also, closer to the end of the year – going back into the summer season – if the third wave is not as bad as everybody expects and we don’t go into strong lockdowns, then I think demand can pick up. If demand picks up and, with a bit of a slowdown in export levels, then we could see a slow turn in the rand. So towards the end of the year, I would forecast that we do trade back to slightly higher levels against the US dollar.

Piet Viljoen on the implications of the rand’s strength for equity investing:

I think that one should, instead of forecasting, just play the cards as they’re dealt. So if you take a step back, we think the rand’s fair value is around R13.50, R13.75 to the dollar. That’s a fair value. But in previous cycles – past historic cycles – the rand has gone as expensive as 20% expensive to the dollar. I mean, that can happen. And right now, the dollar is globally a very weak currency. So the rand could easily get 20% expensive to the dollar, which puts you down close to 11. But as an investor, if that happens, then I think you start aggressively moving more and more money offshore. So that’s a strategy. So instead of trying to forecast where it’s going to go, you can say this is getting expensive now, it’s time now to take more money offshore and make more offshore investments.

Nick Hudson on the likelihood of a third wave:

We think it’ll just be a normal kind of winter respiratory virus season with nothing to speak of that’s beyond the normal. It’s early days. So far, it’s not looking as if anything is really developing. I would just as a warning mention that as long as we continue to use these PCR tests, which are not tests for Covid, they should not be called Covid tests, you can create anything, especially when you run them up to these very high cycle thresholds of 35 to 42 as our labs have been doing in South Africa. You will detect cases and you will attribute deaths if you do that. And, you know, the World Health Organisation has been clear. This should not be done, but we persist with the practice. So, really, we could have a false third wave if that practice continues and anything can happen. But our sense is that there’s no sign at the moment of a significant third wave and there are significant levels of immunity in our community already.