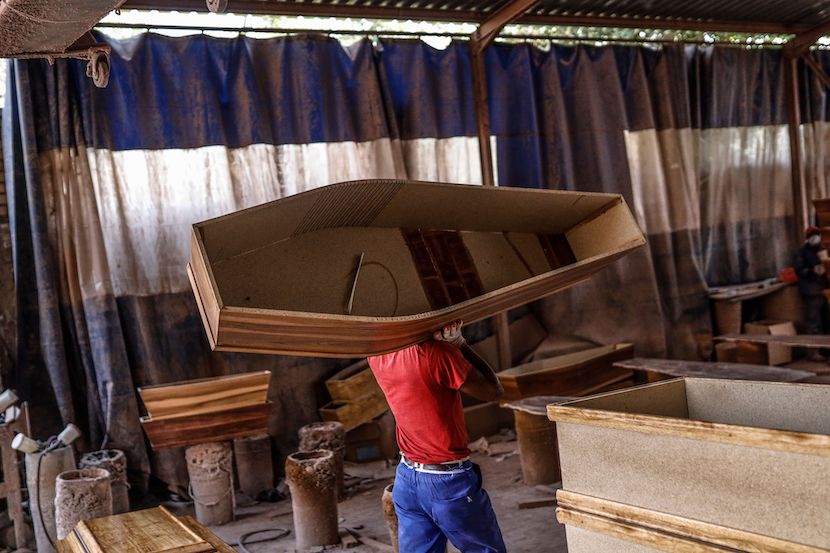 As the Covid-19 third-wave continues to wreak havoc in Gauteng and other areas of the country, hospitals are struggling to cope with the influx of desperately ill patients in need of oxygen and specialist treatment. While the third wave seems to have peaked, Bloomberg reports that deaths have risen by 57% in the past week. As a result, funeral parlours are struggling to keep up with the rapid death rate. An industry insider who spoke to Bloomberg said that Gauteng runs the risk of running out of coffins, “and that funeral parlours may have to try and speed up the burial processes to create space for incoming bodies.” – Jarryd Neves

While a third wave of coronavirus cases in South Africa’s worst-affected province may have peaked, fatalities have risen 57% in the past week, data from National Institute of Communicable Diseases show.

Funeral parlours are starting to buckle under the strain, according to Nkosi Nare, chairman of the Inner-City Funeral Directors Association – South Africa, which represents 19 funeral parlours in Gauteng. There’s a risk the province will run out of coffins, and that funeral parlours may have to try and speed up the burial processes to create space for incoming bodies, he said.

Excess deaths, seen as a more precise way of measuring total fatalities from the coronavirus, rose 44% to 3,224 in the week through July 3 in Gauteng. The number is higher than the peaks recorded in the province in the first and second waves, according to data from the South African Medical Research Council.

Deaths are expected to continue to rise as they tend to lag infections by several weeks. The province has confirmed 741,164 coronavirus cases and 14,133 deaths since the pandemic began.

The surge in fatalities is already clearly evident, said Sonja Smith, managing director of Sonja Smith Funeral Group, a franchise with ten branches across Gauteng. Last month 40% of funerals the burial homes handled were coronavirus-related, but the proportion rose to about 60% in early July, she said by phone on Monday. 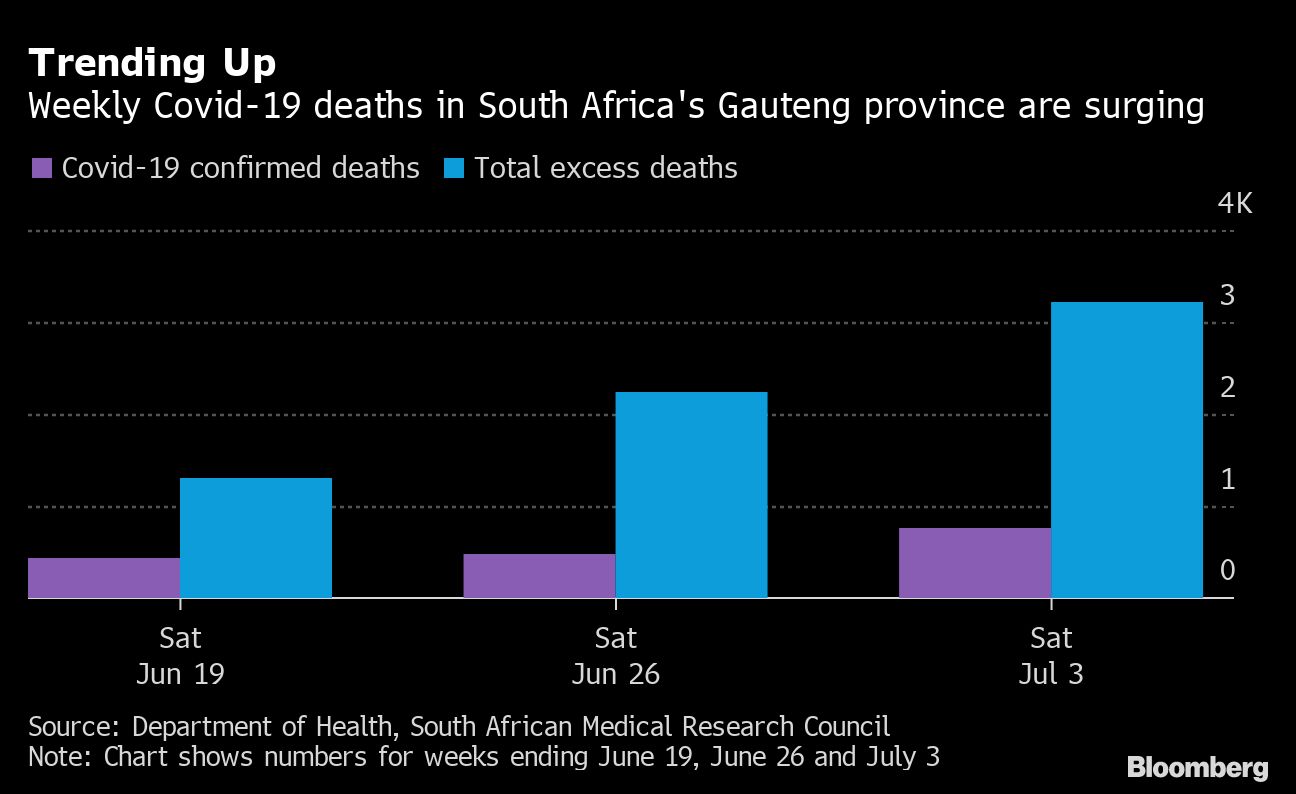 AVBOB Mutual Society, the country’s largest funeral service, is among those bracing for a sharp increase in business in Gauteng by mid-month.

“Funerals compared to June last year are up by approximately 25%, but not close to the levels of July and January 2020,” when the country experienced its previous waves, said Pieter van der Westhuizen, AVBOB’s general manager for funeral services.

Neil Keight, managing director of Thom Kight and Co., sees fatalities peaking by month-end, given that infections have only just started to fall from record levels, and foresees the number of funerals exceeding those during the height of the first wave a year ago. His burial home conducted 255 funerals last July, and had already handled 120 by July 5 this year.

The Department of Home Affairs didn’t immediately respond to questions as to whether it was issuing more death certificates than in previous waves.

Bruce Mellado, a member of Gauteng Premier David Makhura’s Covid-19 advisory panel, said it was too early to judge whether the province will see a surge in deaths. There was no evidence that the spread of the delta variant, which was first detected in India and is now widespread in South Africa, has increased the hospitalization and fatality rate, he said by phone on Wednesday.

“The numbers are increasing at an alarming rate,” Nare said. “We just hope our funeral undertakers won’t be as overwhelmed as they have been previously.”

– With assistance from Antony Sguazzin.