Following an explosion at the Medupi power station, Eskom has said the blast occurred while carrying out a process to find an external leak. This is according to Bloomberg, who asked the state-owned entity how much the repairs will cost – and how long it will take. While Eskom did not have any details on hand, professor Anton Eberhard noted that the damage is “extensive.” “From the insurance claim to ordering the parts, the entire process could take at least two years.” More worryingly, the impact this will have on South Africa’s already fragile power supply has the country facing record-high blackouts. The explosion, which happened on Sunday, threatens to undo progress made by Eskom to improve grid performance and “avoid more power cuts that have crimped the economic growth in Africa’s most-industrialised nation.” In light of the recent blast, energy advisor Ted Blom joined the BizNews Power Hour to discuss how the explosion occurred. Blom, who has been following the Eskom saga extensively for the past 14 years, also comments on how this has the potential to push South Africa into record-high load-shedding. – Jarryd Neves

The blast at the Medupi station on Sunday occurred during a process to find an external leak, according to preliminary findings. “At this point we do not have details as to what it will cost and how long it will take to repair the generator,” Eskom Holdings SOC Ltd. said in a reply to questions. 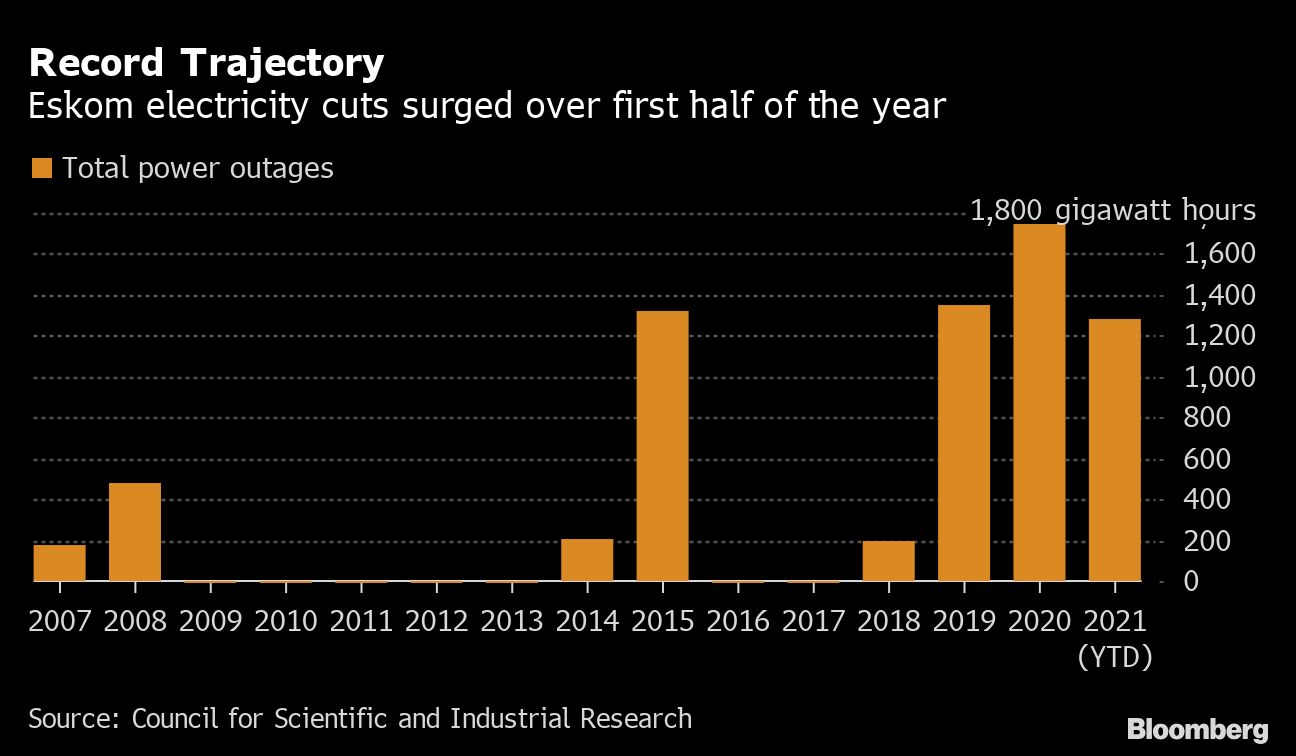 The incident threatens to unravel any progress made by the utility to improve performance and avoid more power cuts that have crimped the economic growth in Africa’s most-industrialised nation. It adds to the impact of the coronavirus pandemic and last month’s deadly riots on the economy.

Eskom pledged in March that a maintenance drive to improve performance of its ageing fleet of coal-fired plants would start showing results from September. The incident at the Medupi station, which is being constructed at a cost of about R135 billion ($9.1 billion), demonstrates the utility’s inability to prevent faults throughout the power grid.

Blackouts through the first half of 2021 were equivalent to about 70% of last year’s unprecedented outages, according to data from the Council for Scientific and Industrial Research.

“The damage is extensive” and will involve replacing equipment, said Anton Eberhard, a professor at the University of Cape Town Graduate School of Business. From the insurance claim to ordering the parts, the entire process could take at least two years, he said.

Eskom found that there was a deviation from procedure that led to the incident and placed managers involved under precautionary suspension pending the conclusion of an investigation.

“At this point there is no basis to suspect any malicious intent for the unfortunate incident,” it said.

What a disaster for @Eskom_SA. It will take a couple of years and many billions to fix this. 797MW off the system at a time when there is very little reserve margin. https://t.co/kj4vxsY6or