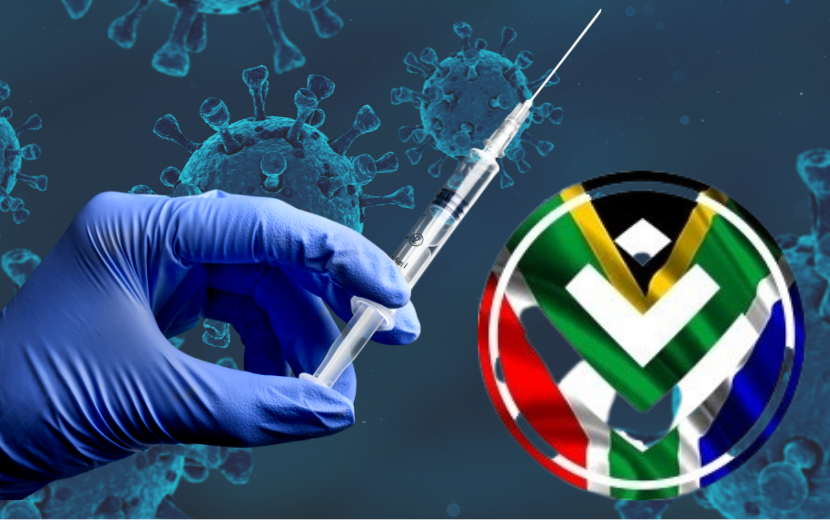 The announcement by Discovery CEO Adrian Gore last week that Discovery will be implementing a mandatory vaccination policy requiring all of its almost 10,000 SA-based employees to be vaccinated as from January 2022 has caused a significant stir. Gore’s ‘moral argument’ explaining the company’s position  in respect of its vaccine mandate was published along with the announcement raising serious concerns and debate between the rights of individuals NOT to get vaccinated versus the best interests of the public. The comments underneath Gore’s announcement indicate just how acutely Discovery’s announcement has affected South Africans and solidified the divide between those who concur and those who do not. In this article, financial planner Em May dissects Gore’s argument – responding to each assertion made in justification of Discovery’s decision. May’s response is admirably measured in light of the subject matter – which in many instances appears to have incapacitated rational thinking.

I appreciate that Discovery did respond to my email stating that our company will consider moving our medical aid coverage by year-end due to Discovery’s coercive vaccination policy to their staff. However, I strongly disagree with the company’s policy of forcing staff to vaccinate or face losing their jobs.

With regard to the company response issued, please see my response:

An unprecedented public health tragedy where over 220 000 people have lost their lives to COVID-19 in the past 18 months (41% more people have died in this period compared to the long-term average).

There is a failure to recognise:

a. The number of people who have opted out of critical care due to the fear-based narrative spread about Covid-19 by both a select group of medical professionals and the media. Routine checks have been missed, serious issues have been avoided and this may count towards this number. Stating the number as done above is misleading and does not account for the various factors that may have resulted in it.

b. The isolation and distress experienced by sick individuals especially during hospitalisation and in old age homes may have significantly increased trauma and mortality rates in ill individuals. I have two personal experiences of horrendous treatment of individuals during lockdown, both of which ended with death – not due to covid but significantly impacted by hospital neglect and loneliness.

c. The toll of the fear-based narrative and lockdowns on individual mental health and stress resulting in stress-based inflammation, mental illness and suicide. Again, unfortunately I have witnessed a close family relationship disintegrate over failure to earn income and my husband lost a close friend to suicide – after over a year and half of reduced income and stress. I am not saying that covid is not real or not serious. However, it has been taken seriously out of proportion and the response to the novel virus may be most at fault. Secondly, there have been many dissenting scientific perspectives – which are valid and have been dismissed and not engaged with, in preference to the overarching silver-bullet narrative of vaccination at all costs.

Scientific evidence and data that incontrovertibly demonstrates that vaccines work in reducing both risk of infection and, severe disease and death.

Again, this is not completely true:

a. Israel, prolifically vaccinated, is seeing massive increases in infections and its citizens have been banned from travelling to various countries including Sweden.

b. Studies from hospitalised individuals in Israel reveal that natural immunity is 4-11 times more effective in preventing severe illness than the vaccine.

c. Understanding this, it is little wonder that the extensive spread of the virus is resulting in lower rates of hospitalisations especially in countries currently in their summer season where natural immunity is strongest.

Our moral and legal obligation to do everything possible to ensure a safe workplace for all our employees. Vaccination provides unprecedented protection against COVID-19, significantly enhancing all the existing protections in place.

Your moral and legal obligation is questionable. I will fight for the rights of our employees to maintain their legal prerogative over their body – always. It is a slippery slope when you feel you have the moral high ground to assert your beliefs and assumptions, through coercion, on those subject to your authority and power.

Let us be realistic and approach this disease rationally – it is not killing people left and right. It is, however, revealing the extent of the dishealth of our population, especially metabolic disorder and the perils of eating ultra processed foods, sugar and plant based oils – something that the insurance industry should, very carefully, be examining for the sustainability of their business.

I recommend watching the following video on insurance and our nutritional future:

We aim to implement the policy in accordance with all legal requirements and in alignment with our values. With this in mind, the appeals and exception process implemented as part of the policy will consider health, religious and other legal rights and seek to balance these with the rights of all employees across the group.

I disagree that someone’s religion or health issues should allow exemption. Their refusal and bodily autonomy should be basis enough for refusal.

Further, given the positive uptake of vaccination across the group to date and the leadership role many Discovery employees play in their respective communities, we are confident most employees will be vaccinated by the end of the year in any event.

As long as it is their choice and not through coercion, then great. I am not against vaccination. I am, however, of the mind that claiming “Science” is a big ask. Science is a verb that is deeply routed in curiosity and testing. Science is questioning and seeking best alternatives. When we claim “Science” we need to be so careful – whose science exactly?

The tobacco industry used science to defend and ofuscate their narrative for years to their profit. Don’t be so sure. Don’t use your power so fully. Convince people of your belief – if it is best – but do not insist on it using a threat to their livelihoods. We need to allow for discussion – this us versus them narrative is causing much stress and division in our society and it needs to stop.