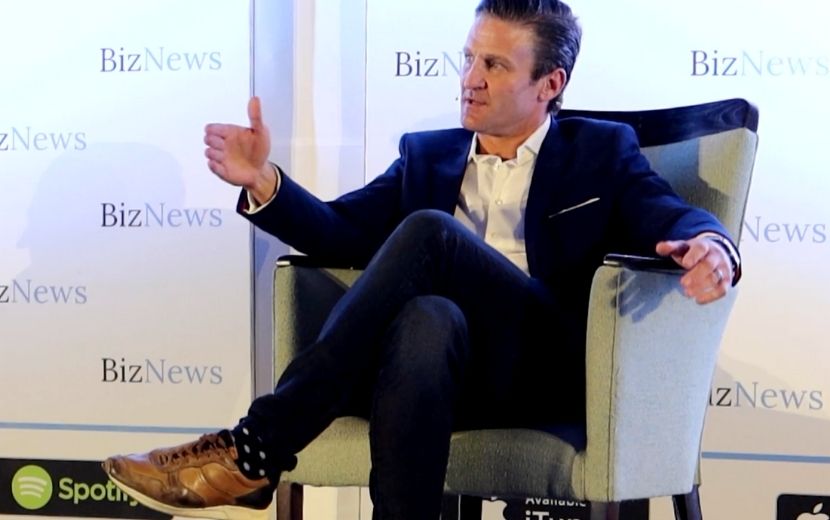 In July, violent riots and looting sprees ripped through South Africa – devastating KwaZulu-Natal and parts of Gauteng and further dismantling our already enfeebled economy. Our country’s week of shame came at a colossal cost of R50bn in lost output, together with the destruction of over 3,000 shops and the theft of almost R120mn in cash from ATMs. A number of malls in KZN, owned and managed by Exemplar REITail, were completely ravaged. Jason McCormick, the Chief Executive of Exemplar, did an hour-long presentation at the BizNews Investment Conference earlier this month titled ‘72 hours of Anarchy’. His presentation provided a riveting inside look into the sequence of events which all but desecrated several of Exemplar’s properties. Following his presentation, McCormick sat down with BizNews founder Alec Hogg to further discuss his personal experience and answer questions posed by delegates at BNIC#2 (audio below). Throughout his entire presentation and subsequent Q&A, McCormick demonstrated an exemplary degree of strength and vulnerability. Despite his tumultuous experience, McCormick stated; ‘My overarching feeling coming through all of this is that the good people outnumber the bad.’ BNIC#3 will be held 1-4 March 2022, click here for more information. – Nadya Swart

Jason McCormick on his week of hell:

That week was like the longest day in my life because we had so little sleep. You didn’t know what happened, everything became hazy, you were literally running on adrenaline. You were doing what you had to do to try and protect what you had left. And we forgot so much, you know, in all the chaos. So going through the WhatsApps, I can’t tell you how many times I broke down emotionally, just burst into tears because, you know, you suddenly get transported back to where you were.

The human body, the human psyche is such an amazing thing. When you’re under duress, you just go and you’re able to stand up for everything. Afterwards, when the stress is released, and you went back and saw – actually – what we’d gone through, it was, for me, a very emotional thing. Because as I say, in that haze of panic and adrenaline and caffeine and lack of sleep and everything else, you kind of forget just how much we have gone through.

And so, in many ways, thank you for that, because I was able to offload a lot of the emotions. It was kind of cathartic going through everything and just being able to kind of just dump it again by going through all the WhatsApp groups and everything else. But certainly from my side, the overarching thing is [that] we are coming back.

On the criminal element evident in tactics used by the looters:

There was definitely a massive criminal element. If you look at how the cash extraction [was carried out], if you look at how precise they were in hitting the cash in all of our centres. You know, out of the seven centres that went down; every single shop was damaged, every single ATM, every single safe was opened at 438 stores. And in Chris Hani Crossing in Vosloorus they drilled in, they filled the ATMs with water, they used a special gel explosive.

They then exploded that so that the dye doesn’t penetrate the cash. They literally knew where the Shoprite safe, the cash office was. They measured it out in the outside world. They had their own standby generators that they had brought with the cutting equipment. They cut in exactly where in the plans that cash office was. They went in from the outside, instead of having to go in from the inside – it was far more fortified, so they came through the outside wall.

So that’s not someone who just arrives on the day to say, ‘Well, listen, let’s go, you know, just try and bash open…’ It was proper.

On what he takes away from the whole experience:

In my mind you can’t go through this and discount the fact that it may happen again. Absolutely not, because otherwise, when it happens again, you’re a fool for not being properly prepared. So we are going with the understanding, with the thought process that if this were to happen again, how would we react differently or how are we going to harden our perimeters? And we’ve got a lot of really cool ideas that we are going to be implementing.

But obviously, the big important side of it is actually how we handle this socially with our communities. We have always been very close to our communities, which is one of the reasons why it hurts. Our center managers, in particular, because of how we’ve worked on our CSI projects with all the communities, with the local businesses, with our local shareholders.

And my overarching feeling coming through all of this is that the good people outnumber the bad. You know, this was a small group of very organised people. And the upswelling, the support that we’ve got from the greater community everywhere is like, ‘We will not allow this to happen again.’ Yes, a lot of the people were opportunistic.

There’s no doubt [that] inequality is a massive problem that needs to be [addressed]. We can’t just keep paying lip service. We need to do more to fix it. But the reality is, as I said, the upswelling of support from the community, the number of people that protest what’s happened, that have said, ‘We’re ashamed at what we have done and let’s hold hands and let’s build this and build it better, stronger, and we can take it forward.’

And that’s my take away, because this has kind of almost forced me into more close conversations with everyone. That’s what I’ve taken away and the hope that I take away out of it.

On the involvement of the South African Police Service during the violent riots and looting spree:

There’s no doubt that the police need to be better trained, better funded. You know, we had stories of the SAPS women, one of the female SAPS officers shooting a shotgun from the crook of her arm. Now, I don’t know if any of you guys have ever shot shotguns, but you put it in your shoulder – otherwise it kicks the hell out of you. And, you know, when you get your firearm license, you’ve got to go and do what’s called a competency test. And I’m sure that that’s not in the handbook of how to fire a shotgun.

So certainly the training, the coordination – there’s no doubt that the intelligence services let us down. And, as I said, we knew the information coming through the hostels way before the SAPS was able to respond to it. And, yeah, unfortunately, this is the problem with factionalism. There’s people that support one side or the other side – not that I’m making it a political thing – but there’s certainly no doubt that there were certain areas where the police were fantastic and there were certain areas where they were completely absent.

And I’m not saying that that’s factionalism, but there were reasons. There are reasons behind it because you can’t have SAPS being excellent here and absolutely absent – or, you know, sometimes we were thinking complicit – in other areas. And so certainly I don’t have those answers. I’m not, as I say, in intelligence services. But there are certainly questions that need to be asked at a high level.