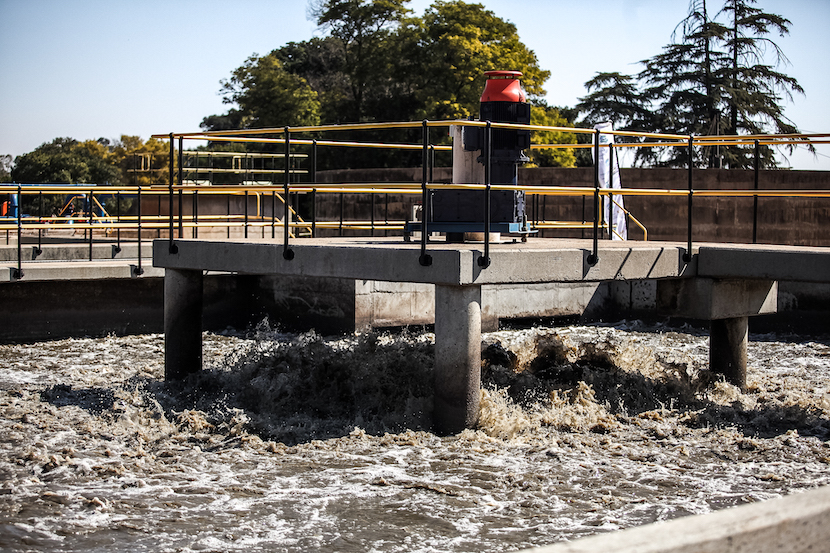 Sekunjalo! Indeed, we’re literally wading in excrement and polluted water, thanks to endemic municipal dysfunction that has 39% of our wastewater works classified as ‘critical’. It’s getting worse according to the second detailed Green Drop report in nine years, reviewed in The Conversation here by two top experts. The associated deaths of 18 babies and hospitalisation of 200 people in Bloemhof in 2014 were obviously not enough, following several similar incidents, one of which I reported on in 2008. A malfunctioning, decaying water reticulation and purification system in the Ukhahlamba District Municipality near Barkly East cost the lives of 80 babies. The negligent officials blamed the hospital for not having enough drips! Nationally, risk classification of municipal treatment works deteriorated from ‘medium’ (65.4%) to ‘high risk’ (70.1%) between 2013 and 2021. Discharge now threatens most surrounding ecosystems. It will take R8bn to reach compliance. With corruption, misspending and Eskom, plus natural disasters, it’s hard to see where the money will come from. – Chris Bateman

By Kevin Winter and Kirsty Carden*

The first detailed report on the state of wastewater treatment in South Africa in nine years was recently released. It paints a dismal picture.

The Green Drop programme is a comprehensive auditing and reporting system designed to improve the overall performance of wastewater treatment plants. It includes an account of factors such as the capacity of municipal wastewater managers and process controllers to operate and maintain the treatment of sewage. The programme was recently reinstated with the publication of the first Green Drop public report since 2013.

The report reveals an alarming and unacceptable state of wastewater treatment works in the country. In our view, it represents a national crisis. What it shows is a worrying decline in the intervening years since the last report was published.

What’s even more troubling is that some municipalities are increasingly incapable of addressing issues of wastewater management. The Municipal Strategic Self-Assessment report released in 2019 painted a concerning picture of the state of municipal water services provision, and their inability – particularly in smaller municipalities – to respond to failures. This is largely due to weak management, a lack of competent and experienced technical staff and very low levels of revenue collection.

The implications of poor quality effluent being discharged into the environment are dire. The more polluted the water sources are, the more expensive and difficult it is to treat the water for drinking (and other) purposes. Even more importantly though, are the potential public health impacts. A stark example of this was deadly sewage contamination in a small rural town called Bloemhof in 2014. At least 18 babies died and over 200 people were hospitalised.

In our view South Africa needs an additional reporting system, similar to the Green and Blue Drop programme, that addresses water quality after the point of discharge. The results need to be easily accessible to citizens in showing the state of the freshwater in the country.

This is a necessity and not an optional extra. Reporting systems draw attention to improving the rigour of data collection, validation and accountability.

The recently released report is important for creating awareness and transparency. The Green Drop programme is administered by the National Department of Water and Sanitation. The department is responsible for arranging what is often time-consuming and expensive annual audits that cover the sewer network, sewer pump-stations and treatment systems.

But these audits don’t include an assessment of the status of sanitation connected to the wastewater treatment works. Nor do they evaluate areas such as informal settlements where sewage often enters the environment without any treatment.

The Green Drop audit is able to identify the risk in some detail at each wastewater treatment plant. But measures to address the shortcomings and failures are far more complex. The national Department of Water and Sanitation issuing a directive may have little effect if the human resource capacity in a municipality is limited and budgets are restricted. Unless there is forward planning and means to overcome non-compliance and under-performance, municipalities will be unable to invest in new infrastructure or improve maintenance functions within annual budget cycles.

Many municipalities rely on the national department for support rather than being issued with directives. In any event these demands would overwhelm their capacity.

They also don’t expect to be taken to a court of law for non-compliance by the national department.

The most prominent risks highlighted in the Green Drop 2022 report are that wastewater treatment plants often exceeded their design capacity, had dysfunctional processes, ineffective disinfection equipment, poor flow monitoring devices, and were generally non-compliant in treating sewage and sludge.

The greatest concern is that treated effluent is not meeting the required discharge standards, particularly when it comes to bacteriological parameters leading to potential health risks for downstream users of water and deterioration of ecosystems.

An estimated R8bn (US$500m) is required to achieve compliance in the short term. In the meanwhile, there are some obvious interventions that could make an immediate difference. For instance, flow monitoring, which involves analysing the hydraulic characteristics of a sewer system, was highlighted as an issue of concern in the Green Drop report. The measurement of flow and volume at a wastewater plant is a crucial, yet often neglected, requirement for understanding and maintaining mass balances within the system. It’s essential for calculating the retention time and chemical input required to treat sewage.

The Green Drop report also has far wider implications than its assessment of majority of wastewater treatment works. Compliance, for example, is determined against a limited number of known water quality parameters that are measured against general performance. Contaminants of emerging concern are not measured. Most wastewater treatment works are incapable of treating ‘modern’ products that find their way into a toilet, such as drugs, pharmaceuticals and microplastics.

The poor state of the quality of discharge into the receiving environment has a cumulative effect on water quality in rivers, lakes, wetlands and in groundwater. Most of South Africa’s rivers and wetlands ecosystems are threatened. This spells further natural disaster because these systems play a vital role in supporting ecosystem services such as flood control, drought mitigation and nature-based water treatment.

A third concern, often overlooked, is that young scientific and technical graduates are not inspired to build their careers in the water and sanitation sector that generally exudes failure and where there is limited investment in innovation. New innovations in the management and monitoring of sewage treatment and disposal are likely to attract the attention of a new generation of technically minded young people who want to build a career on success not failure.

As much as we welcome the return of the Green Drop report, the truth is that the standards for reporting are too low. The Green Drop tool is still too forgiving and allows too much latitude. Clearly the extent of non-compliance in the quality of discharge and inefficiencies at certain wastewater treatment plants is unacceptable.

Non-compliance of the majority of wastewater treatment works is a serious concern, but the sole focus on sewage treatment cannot detract from the discharge of other sources of pollution including informal settlements and farming activities.

There is growing evidence that climate change will increasingly affect water quality in the country because of increasing temperatures of waterbodies, increased frequency of droughts and heavier rain falls.

Clean water has become scarce and will become even scarcer with the onset of climate change. And the poor continue to suffer first and most from pollution, water shortages and the lack of adequate sanitation.

In the case of South Africa, it no longer has the luxury of waiting to address these issues. The time to act is now.