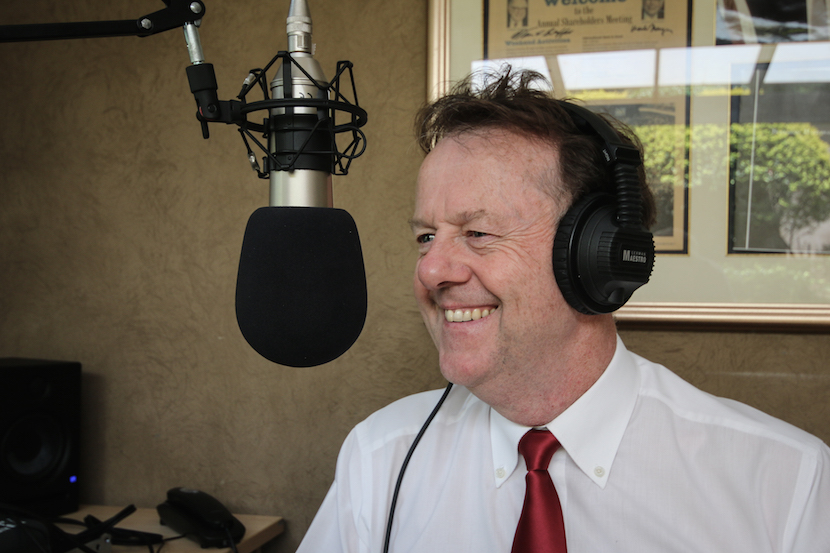 Boardroom Talk is back.

Online publisher Alec Hogg will celebrate his 40th year in journalism by relaunching Boardroom Talk on Tuesday. The newsletter which kicked off his digital publishing journey more than a quarter century ago will in future be emailed weekly to BizNews Premium subscribers.

Hogg started as a trainee financial journalist at The Citizen newspaper in January 1980. His only break from the craft was between March 1994 and July 1996 when he served as a Group Executive at ABSA. That means this month marks his 40th year in financial journalism.

After leaving the bank, Hogg’s first commissioning as a freelancer was a weekly column (translated into Afrikaans) for SakeBeeld. Called Direksiepraatjies by the newspaper’s editor, the late Flip Meyer, its mission was to provide insight and context on the issues dominating discussions in the corridors of business power.

Sign up to BizNews Premium and receive Boardroom Talk in your inbox every Tuesday.

The original English version of the column, Boardroom Talk, was initially distributed by fax to a small group of Hogg’s friends and associates. In late 1996 it was published online by pioneering internet news site WOZA, whose readers were invited to receive the newsletter by email, a medium which was then embryonic in South Africa.

WOZA’s owner Kevin Davie suggested Hogg create his own domain where he could also publish Boardroom Talk, suggesting the website be called “Moneyweb”. The name stuck, and with the weekly Boardroom Talk as its core offering, Hogg started Moneyweb which became South Africa’s first digital-only offering focusing on business and investment.

Hogg says: “Boardroom Talk was the core product of Moneyweb in its early years. But as the company expanded into radio and especially after its JSE listing in July 1999, so did my responsibilities. Boardroom Talk regressed from weekly to monthly, then became sporadic and eventually was produced only on rare occasions.”

After leaving Moneyweb in October 2012 followed by a period of ‘gardening leave’, he started BizNews in August 2013: “It was a fantastic decade and a half building Moneyweb as a digital media company during the dawning of the Internet Age. But after a period of reflection, it was clear that there was a lot that could be improved upon.

“Running a public company also introduced me to other disciplines in business, including the responsibility of reporting to shareholders – ours included big names like Allan Gray and Investec Asset Management, companies which as co-owners never held back from asking tough questions.

“The biggest lesson of all was growing to understand why developing media businesses are best suited to private ownership. At BizNews, we have been able to focus on sacrificing today for benefits tomorrow. Being out of the public spotlight makes it much easier to do this. Elon Musk appears to have reached the same conclusion with Twitter.”

So why relaunch Boardroom Talk now?

Hogg explains: “We have a culture at BizNews of celebrating wherever and whenever we can. May 2022 marks exactly 40 years for me in financial journalism. Relaunching Boardroom Talk is a rather appropriate way to celebrate this milestone.”

The weekly newsletter will be emailed on Tuesday mornings to BizNews Premium subscribers. There is no fax option this time around.