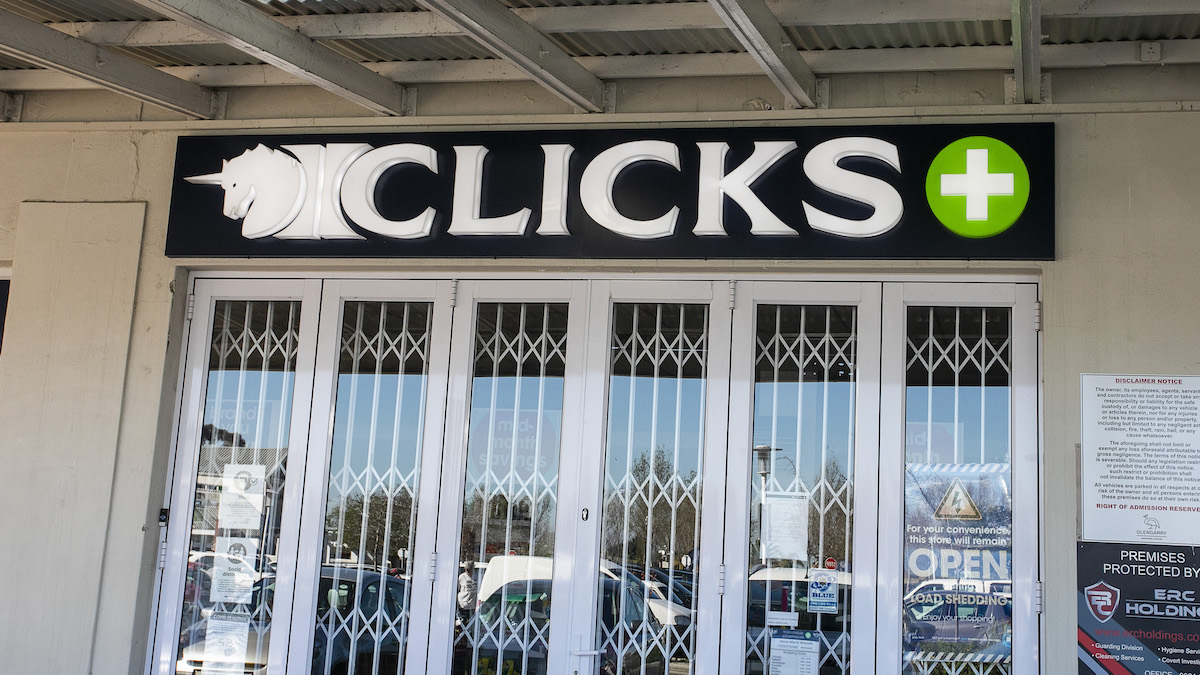 An organisation representing over a thousand independent pharmacy owners wants the Constitutional Court to close down the 650 Clicks-owned pharmacies nationwide. A case launched by the Independent Community Pharmacy Association (ICPA) against the Clicks group six years ago is scheduled for a final round in the Constitutional Court in September. The case has already been argued in two Department of Health hearings (Clicks won both), the Western Cape High Court (ICPA won) and then before a five-judge bench of the Supreme Court of Appeal (where Clicks won 4-1).

On 6 May 2016,  ICPA lodged a formal complaint with the Department of Health alleging that Unicorn Pharmaceuticals, a pharmaceutical manufacturing company in the Clicks group, and Clicks Retailers, company in the group that owns 650 retail pharmacies, are contravening a regulation promulgated in terms of the Pharmacy Act  The regulation stipulates that a person or corporate entity that owns or has a beneficial interest in a dispensing pharmacy may not also have a interest in a manufacturing pharmacy.

In ICPA’s view, according to a recent press statement, “the mischief which Regulation 6(d) intends to cure is, very clear: The purpose of the regulation was to ensure that pharmacists do not have a vested interest in the medicines that they choose to dispense or recommend.

“We say that such a conflict of interest exists within the Clicks Group as Clicks owns more than 600 pharmacies and also owns a manufacturing pharmacy, Unicorn Pharmaceuticals. The Unicorn brand has many generic medicines under its label that are only supplied to Clicks Pharmacies.”  It contends that the conflict of interest could also explain why the manufacturing pharmacy prefers the retail pharmacies belonging to the same group above outside or independent pharmacies, and that this might affect the availability of [certain cheaper generic] medicines to non-Clicks customers.

ICPA claims further that certain medicines are not easily substitutable, such as certain heart medicines and many epileptic medicines. “If a patient is stabilised on a Unicorn brand of one such medicine, he or she is effectively restricted to using Clicks Pharmacies only, as other pharmacies cannot purchase Unicorn brand medicines.”

ICPA believes that the Clicks Pharmacies actively promote their own brands and that Clicks’ pharmacists are incentivised to promote their Unicorn brand: their performance appraisals allegedly require that a certain percentage of sales are own-brand sales. “This might put some of their pharmacists in a difficult position, either to recommend a medicine they believe is best suited to the patient or an alternative Unicorn own brand to ensure his/her performance appraisal is favourable.”

In conclusion, ICPA intends arguing in the Constitutional Court ­–   the hearing is set down for 1 September 2022 – that the Clicks corporate structure is in contravention of the Pharmacy Act and Regulations, and that if Clicks are allowed to continue in this manner, then they are infringing on individuals’ Constitutional right to have access to affordable health care services.

But read Clicks’ lawyers’ unpicking of the law and their counter-arguments and you quickly realise this is not going to be smooth riding, either way.

In their papers filed at court, Clicks’ lawyers start out by noting that while ICPA’s original complaint was explicitly an application for the revocation of the pharmacy licences held by Unicorn and Clicks Retailers based on their alleged contravention of regulation 6(d), in its appeal argument ICPA shifted ground: It now contended that their holding companies, Clicks Investments, New Clicks and Clicks Group had contravened the regulation. Even so, it still wanted the revocation of the licences held by Unicorn and Clicks Retailers.

In any event, the Clicks lawyers point out, the regulations don’t permit the Minister or his delegate, the DG of Health to withdraw anybody’s licence. Section 22(d) of the Pharmacy Act provides only that the DG, in consultation with the council, may close a pharmacy that is being conducted in contravention of the Act.  [The difference in outcomes between the closure of a pharmacy and the withdrawal of its licence might appear to the average reader to be immaterial, but to lawyers these distinctions can make or break a case.]

Clicks counsel summed up: “The high-water mark of ICPA’s case is that their holding companies contravened the regulation. Unicorn and Retailers themselves did not.”

He was not yet done with elucidating the finer points of the law related to this case: “ICPA’s original attack on Unicorn Pharmaceuticals’ licence was based on regulation 6(d). The attack was unfounded because Unicorn hold a manufacturing licence subject to regulation 2 – and not regulation 6.

“And regulation 2 says that it is subject to regulation 7(a), but there is no such regulation.

“It follows that anyone may own or have a beneficial interest in a manufacturing pharmacy.  The attack on Unicorn’s licence was thus wholly misguided.”

“The legal basis for ICPA’s appeal to the Constitutional Court was flawed in many respects. These have been set out by the Supreme Court of Appeal in its December 2021 judgment

“Clicks Retailers, which is the company that owns and operates Clicks pharmacies in South Africa, has at all times complied with the relevant laws.

“It is important to establish context at the outset:

“Clicks pharmacies play an important role in providing quality healthcare to the people of South Africa. One of the most fundamental obstacles to access to healthcare is the high costs of medicines. Clicks therefore charges low dispensing fees and drives generic substitution in order to allow the South African public’s health rand to stretch further. These are easily verifiable facts.

“ICPA is not fighting for patient rights. It is trying to use litigation to advance the narrow commercial interests of its members. Two facts show this most clearly:

Ms Wrigglesworth added:  ‘”The safety, quality and efficacy of medicines manufactured by Unicorn are approved by SAHPRA. The medicines are registered medicines, manufactured in approved facilities by licensed manufacturers, and distributed by licensed entities. There can be no doubt as to the safety, quality or efficacy of the medicines sold, or a suggestion that patient safety is at risk. The prices charged for Unicorn’s medicines are low and within medical schemes’ reference prices. There is plenty of competition between pharmaceutical manufacturers which ensures that pricing of generic medicines is competitive.”