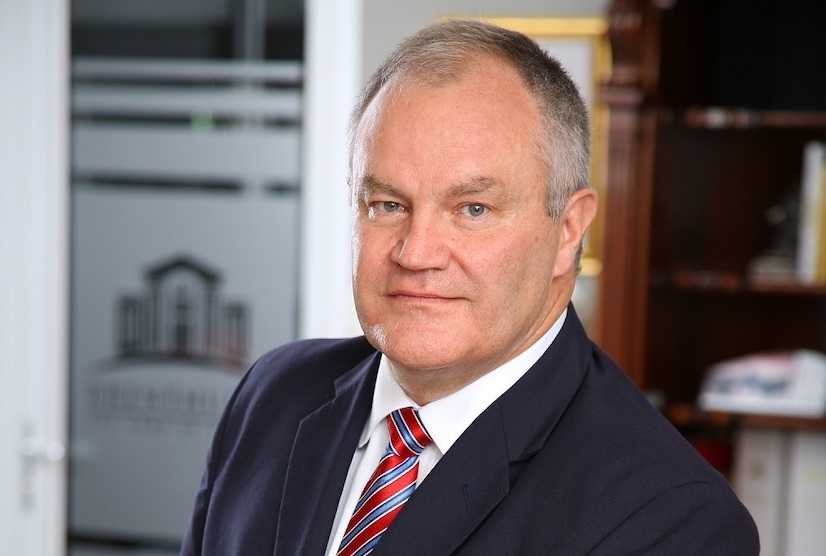 As the impact of a growing number of infections of the Covid-19 virus in several countries continues to dominate markets and drive down investment values, investors are increasingly nervous. The flood of information on a multitude of platforms makes it difficult to decide what to do. Beyond reviewing the situation and changing portfolio compositions where appropriate, the slow-down in business activity, self-isolation and now lockdown presents an ideal time to review an overall financial plan and take the time to fully understand how different financial products function. This is especially important for those near or at retirement. Desmond Benecke, Certified Financial Planner at Brenthurst Wealth unpacks the differences between living annuities and guaranteed annuities.

When reaching retirement, members of retirement funds (pension, provident, preservation or retirement annuities) must use at least two-thirds of their fund proceeds to purchase an annuity. Members will be faced with the choice of purchasing either a guaranteed annuity (also known as a life annuity) or a living annuity. The following exclusions apply: Provident and provident preservation fund balances after 01 March 2016 (the date retirement reforms were implemented) and subsequent investment returns on such funds, and any balance less than R247,500. Also exempt are contributions to Provident funds after 01 March 2016 by members over the age of 55. The one-third of the retirement lump sum that is commuted is taxed according to the retirement lump sum benefits withdrawal table whereby the first R500,000 is tax free (assuming no previous withdrawals were made) and thereafter a tax rate of between 18% and 36% is applied on a sliding scale.  The income provided from annuities are taxed according to the prevailing income tax tables at the time that the income is received by the annuitant.

The extent to which the annuity is to increase every year can also be selected. The quantum of the initial annuity paid will be determined by the percentage increase that is chosen. It can either remain constant every year or it can be increased by a fixed rate or inflation. A 60-year-old male can for example currently obtain R5 644 per month per million, risk free, increasing annually with the rate of inflation or a constant R8,910 per month. If retirement is delayed, given the example above, a 70-year-old male could receive R7 101 and R10 331 per month respectively.

The life assurance company will consider several factors when determining the annuity rate:

Living annuities are essentially investment products even though they are classified as life assurance policies. Longevity – and investment risks – are assumed by the annuitant. No guarantees are provided. In return, the capital is not forfeited upon the death of the annuitant, and he or she has investment and income flexibility. Beneficiaries can be nominated to inherit the remaining capital; the annuitant can select an appropriate income percentage and has control over the selection of the investment products. The annuitant must ensure that an adequate income is provided by the capital invested. Care must be taken to ensure optimum asset allocation given the annuitant’s risk profile and income requirements.

Living annuities are subject to rules. A pension must be drawn at a minimum of 2,5% and a maximum of 17,5% of the value of the residual capital. The frequency of withdrawal can be monthly, quarterly, semi-annually or annually. The withdrawal rate can be amended on the anniversary date of the policy. If the withdrawal rate exceeds the living annuity’s growth rate, capital will soon be depleted. Depending on the annuitant’s risk profile and asset allocation, annuitants can expect to see growth of between 2% and 3% above inflation (currently 4,6%). Investors should withdraw less than this if capital is to be preserved and grown. Cognizance should be taken of the maximum cap of 17,5% that may not be exceeded. Depending on the growth, inflation and withdrawal rate, the cap could be reached much earlier than expected, following which it will be halved almost every 5 years, while inflation is not provided for.

Also read: The tax-free savings account has value in an overall financial plan

A living annuity can later be switched into a guaranteed annuity, but not the opposite. A combined annuity which includes both types can also be purchased under a single life assurance policy.

A living annuity is not subject to estate duty.  The nominated beneficiaries to a living annuity can elect to receive the residual capital after your death; either by way of a lump sum, an ongoing annuity or an accelerated annuity which will deplete the capital over 5 years. The residual funds would either be taxed in terms of the withdrawal- or the income tax tables depending on their preference. Life- or term certain annuities may be purchased in favour of the beneficiaries, thus preserving the capital. The commuted lump sum is deemed to have accrued to the deceased annuitant immediately prior to his or her death and is taxable in the hands of the deceased. The tax can be recovered from the beneficiary.  If no beneficiaries are nominated, the funds will form part of the annuitant’s deceased estate.

Living annuities are fully transparent. The underlying investments are generally in collective investment schemes, the values, composition and performance of which are readily available. Costs such as asset management-, platform- and advisor fees are fully disclosed.

The investments and asset allocation are flexible and can be changed or switched should there be a change in the annuitant’s personal circumstances. The living annuity itself is tax efficient as the growth is not subject to the taxation of interest, capital gains and dividends. The annuitant may switch product providers and is not bound to one annuity.

Living annuities are currently not subject to Regulation 28 of the Pension Funds Act which means there are no prescribed investment limitations. An annuitant could therefore gain 100% offshore exposure through rand denominated offshore funds to hedge against a depreciating rand, political risk and to gain access to investment opportunities not available in South Africa. Living annuities would also not be exposed to prescribed assets as contemplated at present.

There are many factors which need to be considered in deciding which retirement vehicle to use upon reaching retirement. Elderly annuitants with limited capital may be better served with a guaranteed annuity as they may require certainty in meeting essential living expenses and would receive a larger pension due to a lower life expectancy. Annuitants who are terminally ill or in general poor health may wish to draw down their capital sooner. In such cases a living annuity may be the better option as they will benefit from the flexibility in draw down rates that living annuities provide and the residual capital would be available to the nominated beneficiaries upon the annuitant’s death. A hybrid annuity could purchase a guaranteed annuity that just covers basic monthly expenses while the rest is placed in a living annuity allowing flexibility and beneficiary benefits.

It is strongly recommended that the services of an accredited and experienced financial planner be engaged in making this very important decision. The planner will provide the annuitant with guidance after considering the following: age, health and life expectancy, needs of a dependent spouse, the available annuity capital, other discretionary savings and the required income to maintain a desired lifestyle. The importance to the annuitant of having flexibility in income and investment choice, the prevailing interest rate environment and macroeconomic variables such as the anticipated inflation rate and investment market conditions will also be considered. The financial planner will view the above variables collectively and present the annuitant with an appropriate integrated solution to provide financial peace of mind.