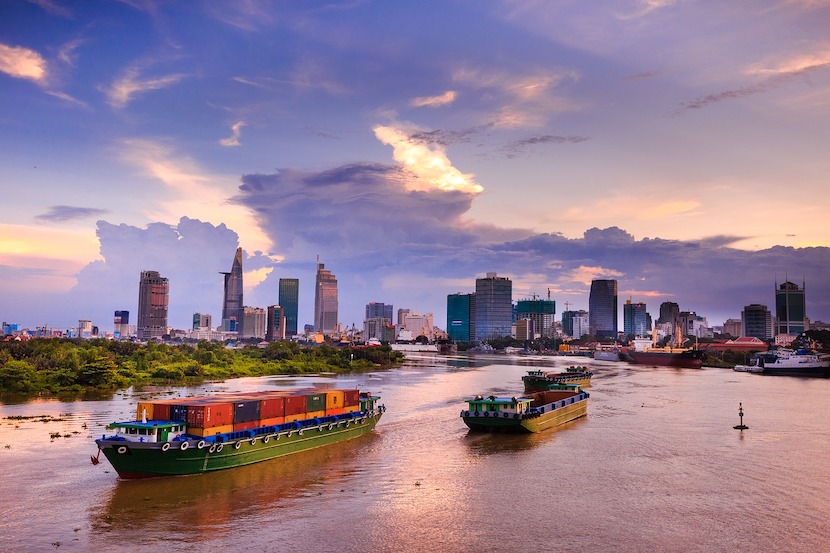 Much has been written about the stretched valuations of US equity markets. By some measures they are more expensive than preceded the Dot.com Bust in 2001 and the 2008/09 Global Financial Crisis. Other markets are cheap and offer opportunities for outperformance. The attraction of ex-US markets is amplified by prospects of protracted US dollar weakness. The dollar, hampered by surging government debt, current account deficits, dwindling global influence and an overvalued starting point, is set for a multi-year period of depreciation. The dollar has tended to suffer cyclical underperformance every two decades or so, during which the currency drops against a trade weighted basket by 30-40% over 8-10 years. Some economists believe the latest cycle began last year and has some way to go.

A broadening improvement in global trade, as currently being experienced, lends itself to fuller global equity market participation. Expect emerging markets to flourish in this environment. A weakening dollar will moreover support emerging market currencies, providing an additional tailwind to portfolio returns. The South African market is cheap. The All-Share Index is trading on a 14.2 price-earnings (PE) multiple. However, there are numerous risks. Without going into too much detail, these involve government policy paralysis and lack of business and consumer confidence. As a result, human and financial capital is fleeing. The economy is under siege from one of the highest unemployment rates in the world at 34.4%. Youth unemployment is 64.4%. Government debt to GDP is 83% and our sovereign bonds have been relegated to junk status.

The Far East contains many emerging market opportunities, which can be accessed by South African investors. Emerging Asian equity markets trade at a 20% discount to global emerging markets, despite enjoying political stability, more rapid economic growth and better earnings prospects. The starting point sets the stage for a period of prolonged and substantial outperformance. The emerging Asian region is already larger than the US in GDP terms and once Washington has spent its Covid relief stimulus, will be growing at a significantly faster pace.

Vietnam, with a young population of 100 million and a rapidly emerging middle-class, has been dubbed the “next Asian tiger”. Its economy is at a similar stage of development to Taiwan’s in the early 1980s. It’s equity market trades at a similar valuation to South Africa’s on a 16.5 PE but the comparisons end there. The unemployment rate is 2.6%, government debt to GDP is 46.7%, its economy is growing faster than China’s with growth of 6.5% expected this year and around 8% next year. The 10-year government bond yields 2.03% versus the RSA 10-year yield of 8.85%.

Vietnam was the only economy besides China to eke out economic growth in 2020, despite the Covid pandemic and absence of its tourism industry which normally contributes 8% of GDP. In 2020, GDP grew by a remarkable 2.9%. According to global market research company IPSOS, Vietnam ranked #1 in the world for the level of confidence in the government’s handling of Covid. Development over the past 30 years has been remarkable with economic and political reforms transforming one of the world’s poorest nations into a lower middle-income country. Between 2002 and 2018, GDP per capita increased by 2.7 times lifting more than 45 million people out of poverty.

The population is large, young and well educated with a strong work ethic and entrepreneurial spirit. Around 55% of the population is under the age of 35. Rapid urbanisation and industrialisation and an emerging middle class provide excellent growth and investment opportunities. The economy’s rapid growth is backed by a modernising infrastructure. Infrastructure spending amounts to a substantial 6% of GDP. The government will increase infrastructure spending by 38% over the next five years, focused on building metros and ring roads in the two largest cities, Ho Chi Minh City and Hanoi, and the 1,800 km North-South highway. Electricity generation and transmission capacity is set to increase by 8% per annum over the next 10 years.

There was a smooth political transition at the 5-yearly National Party Congress concluded in February, assuring investors of policy continuity. An ambitious privatisation programme has culled the number of state-owned enterprises from 15,000 to 2,000 over the past 20 years. State-owned enterprises account for only 20% of GDP. Despite Vietnam’s trade surplus with the US equating to a massive 20% of GDP (compared with 2% of GDP in China’s case), the US is willing to overlook this due to its desire to foster a close relationship with the country. The relationship will strengthen as US relations with China deteriorate. The quid pro quo is that Vietnam has pledged to allow its currency to appreciate, not a bad outcome for foreign investors, and a strengthening currency will force the economy to innovate to remain competitive. Nonetheless, factory wages are still 60% below China’s. A significant “reshoring” of manufacturing capacity from China to Vietnam is occurring, a trend that has been accelerated by Covid related supply chain disruptions.

The stock market is maturing. The number of companies with a market capitalisation exceeding $1 billion has increased in the past 6 years from 10 to just under 50. The market has risen sharply this year, driven by domestic retail investors. Yet only 3% of households have retail stock brokerage accounts. The government wants this to be 5% by 2025 and 10% by 2030, following the same model which made other Asian tiger households wealthy. The mutual fund industry and corporate pension plans are still in their infancy, pointing to a multi-year structural shift in demand for share ownership.

VinaCapital Vietnam Opportunity Fund Ltd. (VOF) is listed on the London Stock Exchange with a market capitalisation of just under £1bn, offering investors the opportunity to share in this exceptional country’s growth and innovation. VOF is managed from Ho Chi Minh City and offers a highly differentiated model with investments across listed securities, debt, convertible debt, private equity and pre-listed equity. Diversification across asset classes both tempers volatility and in the case of private equity and pre-listings provides returns in excess of listed shares. VOF’s performance has been exceptional, with a compounded annual increase in net asset value per share of 12.1% over 10 years and 17.2% over 5 years. Moreover, the share trades at an 18% discount to net asset value. The share is a long-term constituent of Overberg Asset Management’s global private share portfolios.

*Nick Downing is the CEO and CIO of Overberg Asset Management.