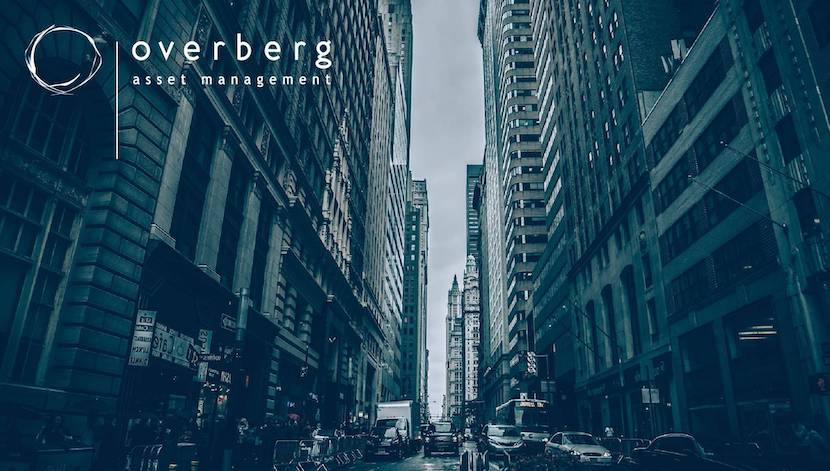 The surge in equity markets paused for breath in the third quarter (Q3) as the Covid Delta variant delayed the full reopening of economies, especially in the Far East where supply chains continued to be disrupted. The world economy is past its point of peak growth, prompting investors to readjust their outlook. While growth slowed, inflation continued to accelerate, the classic stagflation combination. The world has begun removing stimulus. Central banks around the world, including the Federal Reserve have signalled a pullback in pandemic-era monetary stimulus. The same goes for fiscal stimulus. US Covid relief programmes expired in September and furlough schemes across Europe and the UK have ended. The S&P 500 index dropped 4.8% in September, its worst month since March 2020, compressing its Q3 return to just 0.23%. The index still gained by 14.68% year-to-date (YTD), making it the world’s best performing major market. Purchasing managers’ index (PMI) surveys have rolled over. In some regions, PMIs signal a contraction in activity, especially in the Far East due to slower vaccination programmes and strict “zero tolerance” lockdowns. In the US, the IHS Markit composite PMI, measuring activity across both manufacturing and service sectors, sank to its lowest since September 2020. The Delta variant was blamed and its effect on both demand and supply. In addition, government’s $300 per month enhanced unemployment benefit programme came to an end in the first week of September.

In its latest quarterly report, the OECD reduced its global growth forecast for 2021 from 5.8% to 5.7%. It’s forecast for US growth dropped from 6.9% to 6.0%. The key message, however, is that the Delta variant is only expected to delay business and consumer expenditure, not cancel it out altogether. In fact, the OECD raised it 2022 growth forecasts, for the US from 3.6% to 3.9% and for world growth from 4.4% to 4.5%. The stagflation threat also appears to dissipate, with the average inflation rate among G20 countries dropping from a year-on-year rate of 4.5% in Q4 to 3.5% by the end of 2022. Similarly, US inflation is projected to ease from 3.6% to 2.9% between 2021 and 2022. If anything, the growth projections are perhaps too conservative. There are several reasons to expect growth to exceed the OECD’s projections.

Fiscal stimulus will be cut back but by no means disappear. China, Japan and Europe are expected to increase stimulus. In the US, President Biden’s Infrastructure and Build Back Better bills are expected to be passed by Congress before year-end, although watered down versions. Moreover, the expired furlough schemes and fiscal relief measures will continue to be felt for months if not years to come, as a large part of those fiscal transfers were saved rather than spent. As well as the massive pool of excess savings, estimated at over $2 trillion in the US, households have healthy balance sheets, with ample capacity for credit growth. Despite the recent loss in growth momentum, companies are ebullient, heralding strong investment and employment growth. The global Manpower Employment Survey has surged to unprecedented heights, while capex spending intentions are at their highest since the early 1980s, indicating considerable optimism over future profit growth. The recovery in global corporate earnings has been tremendous: 12-month forward estimates increased in August for a 14th straight month and are already 15% above immediate pre-pandemic levels. The pace will moderate in the coming year but stick to its upward trajectory, in the likely base case scenario that the world economy continues to grow amid strong consumer and business spending. High yielding corporate bonds trade at historically narrow spreads, confirming the positive corporate outlook.

As always risks abound but the known ones are unlikely to lead to a systemic risk event. It is widely accepted that the China Evergrande Group will default on its $300 billion debt obligations, but the fallout will not come close to the collapse of Lehman Brothers, which sparked the 2008/09 Global Financial Crisis. Rating agency S&P Global believes authorities will seek an “orderly debt restructuring that maximises the value of its substantial assets.” In some regions, local governments have already assumed control of Evergrande’s sales revenue to protect homebuyers’ interests and enable the continuation of construction projects. Beijing, which has the necessary resources, will seek to protect the tens of thousands of home buyers and the household investors in Evergrande’s wealth management products. While the government is intent on gradually letting air out of the real estate bubble, it will be anxious to avoid systemic risk. A “controlled explosion” is the most likely scenario.

Central bank policy is also a key risk. The Federal Reserve will begin to reduce its asset purchase programme at the next policy meeting on 2-3rd November, reducing bond purchases to zero by mid-2022 after which it will start to increase the benchmark fed funds rate from its zero bound in gradual 25 basis point increments. The most likely start date for rate hikes is 2023 and even then, monetary policy will remain extraordinarily accommodative. According to the Fed’s “dot plot” of policy members” rate projections, the terminal fed funds rate settles at 1.8% in 2024. This is hardly restrictive. Given the Fed’s 2% Flexible Average Inflation Target, it suggests a negative interest rate. Central banks around the world will remove their policy stimulus at a glacial pace. They are purposefully targeting higher inflation. With rising government indebtedness, they fear deflation rather than inflation as the biggest threat of all.

Nonetheless, inflation is rattling some investors’ nerves. Eurozone inflation increased in September to a 13-year high of 3.4%. US inflation peaked at 5.4% in June with its 3-month annualised rate accelerating to 9.7% but has slowed. In August, it measured 0.3% month-on-month, down from 0.5% in July and 0.9% in June. Core inflation, excluding food and energy prices, increased by just 0.1%. The earlier inflationary culprits appear to be retreating. The all-knowing bond market shares the Fed’s view that the current inflation spike is transitory. The breakeven rate between conventional Treasury bonds and the Treasury’s inflation protected securities (TIPS), which measures the market’s expected average inflation rate over the bond maturity, is currently anchored at under 2.4% over 10 years.

Fears of another 2013-style taper tantrum are misplaced. In 2013, the 10-year Treasury bond yield spiked higher by 100 basis points in just two months but a whole 12 months before actual asset purchase reductions began. Some argue that the 2021 tantrum has already occurred, earlier this year from January to March when the 10-year yield jumped from 1.0% to 1.75%, also spanning two months and also around 12 months ahead of actual asset purchase reductions. Once the taper begins, financial markets will have already long discounted the event.

Much is written about excessive stock market valuations. They are expensive. However, over-pricing is concentrated in a few sectors, in particular technology and especially in US markets. The US price-earnings multiple and price to book ratio are close to year 2000 levels. However, other markets offer value, where the same ratios are either around their long-term average, for instance Europe, or far cheaper than the average, for instance China and Japan and emerging markets. Japan’s equity market is at its cheapest level versus the US since 1971. Moreover, the global market is getting steadily cheaper. Estimated forward earnings for global equities have risen faster than global share prices, which means the 12-month forward PE multiple has dropped from 20 to 18 since the end of last year.

The overall tenor of the global economic expansion remains intact despite the recent slowdown. While past peak growth, global GDP is expected to rise over the foreseeable future at a faster pace than the decade following the Global Financial Crisis. Recent Delta-related lockdowns will delay rather than cancel the expected catch-up in household spending, inventory restocking and business investment spending. Equity markets will continue to make headway in an environment of above-trend GDP growth and rising corporate earnings, even in the over-valued US market, although some underperformance is expected compared with non-US markets.

*Nick Downing is the CEO and CIO of Overberg Asset Management.