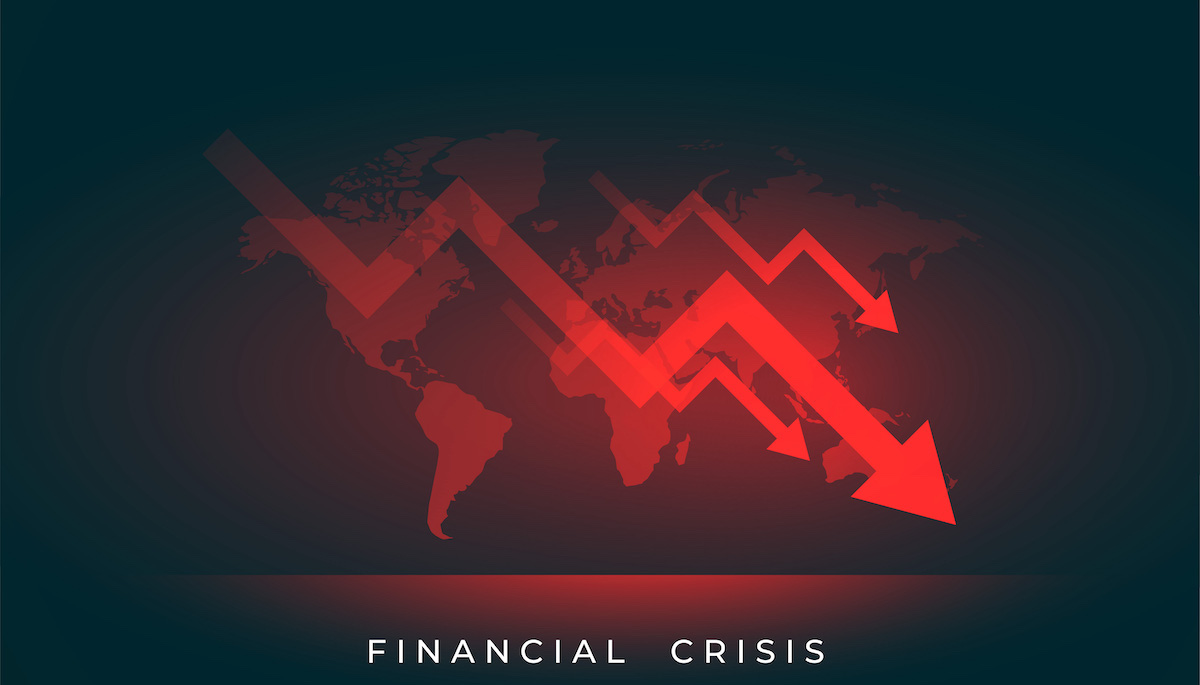 With the US, and therefore the world, barrelling toward what looks like a recession it is only natural to be feeling anxious. Having barely emerged from COVID, the war in Ukraine has thrown an unexpected curve ball that threatens markets, currencies, food security and the cost of living.

That is a lot to absorb in a short period of time. And the future does not look all that much rosier if the much talked about US recession does become a reality. When the US sneezes the entire world catches a cold.

That includes South Africa, which would not be able to avoid a slowing in global trade. But what are the chances of a recession? And what do investors do about it?

Recession, what is a recession?

A recession is generally seen as a slowdown in economic activity marked by two consecutive quarters of negative GDP growth.

A technical recession in the investment world follows the model used by the National Bureau of Economic Research (NBER). This gauge measures five key economic indicators in its analysis of the economy. These are Negative Real GDP, Industrial Production, Payroll Employment, Inflation-Adjusted Personal Income and Health of Sales and Manufacturing Sectors.

The worse each measure becomes, the more severe the economic recession. However, there is one caveat. These are retrospective, lagging indicators, taking a full six months or more to manifest. By the time anyone can confirm them, we are already well-into a recession, so they are better to qualify and quantify a recession, not predict one.

The most recent global recession was the 2008-09 global financial crisis sparked by the sub-prime mortgage crisis in the US. Such esteemed investment bank names like Lehman Brothers disappeared overnight, while many other banks had to be bailed out to the tune of nearly US$800 billion.

This crisis soon sent shockwaves through equity markets, with the Dow Jones Industrial Average experienced its largest ever intra-day drop in history when it fell 777 points.

Is the US on the threshold of a recession?

The warnings about a looming recession in the US are based on the fear that efforts by the US Federal Reserve (Fed) to stifle demand could lead to negative growth, and therefore a recession.

It seems the Fed is already behind the curve and has some catching up to do.  The May inflation figures came out at a whopping 8.6% year on year in May, a 41-year high. This made it inevitable that the FED had to hike by 0.75%bps as opposed to 0.50%bps the market was expecting. This sent markets into a tailspin over the past week and there were further sell off to safe havens earlier.

The trick going forward for the Fed is to tread a fine line between getting inflation under control without crippling the economy and tipping it into recession.

It remains to be seen if this will take effect – next month’s Fed meeting will paint a clearer picture of where we are headed.

Why this will be different to the 2008 credit crisis

It is important to put this into context because the current conditions and pressures are vastly different from 2008. Recessions that have been measured since the 1950’s have showed that on average a recession lasts 11 months, the Credit crisis was severe – it lasted 17 months.

What we are facing is a financial recession – a pandemic induced recession, not a technical recession. The world’s banks are not in crisis this time, the US consumer has remained fairly resilient, and the unemployment rate is at all-time low. The negative growth, then, will come from a lack of supply for strong demand.

We have all experienced the frustration of shortages, with South Africa’s infamous Marmite shortage over the past two years an example of how daily routines have been disrupted. Multiply that many times over in far more critical engines of economic activity and industries like car makers have been left stranded by the shortage of computer chips.

How this affects you

A lot is riding on how the US navigates its rising inflation because the knock-on effects will be felt around the globe.

The impact of rising oil prices is already being felt locally, and if the dollar strengthens this will also affect SA’s commodity exports and imports, leading to further price inflation that will be felt in households across the country.

But as far as your investment strategy is concerned, your main job is to ignore the noise and stay invested. The results are clearly in favour of those who have stayed invested through previous recessions, often gaining handsomely from the inevitable recovery.

Apart from that, I suggest you look to build your portfolio in partnership with a qualified advisor associated with highly skilled fund managers. And invest in quality companies, whether local or offshore, building a mix of value and growth stocks into your portfolio.

And if you are looking for a solid option to diversify your assets, SA bonds continue to offer attractive, steady yields. This asset class would have only gained from the recent vote of confidence from S&P that upgraded its view on the country’s fiscal outlook.

The bottom line is that you need to navigate these times of huge uncertainty and rising costs. Fleeing from the market is not advised, simply because you will be doing yourself more harm than good. And a recession is not the end of the world, nor is it unending. We will get through this, and you will be better off if you stay the course.