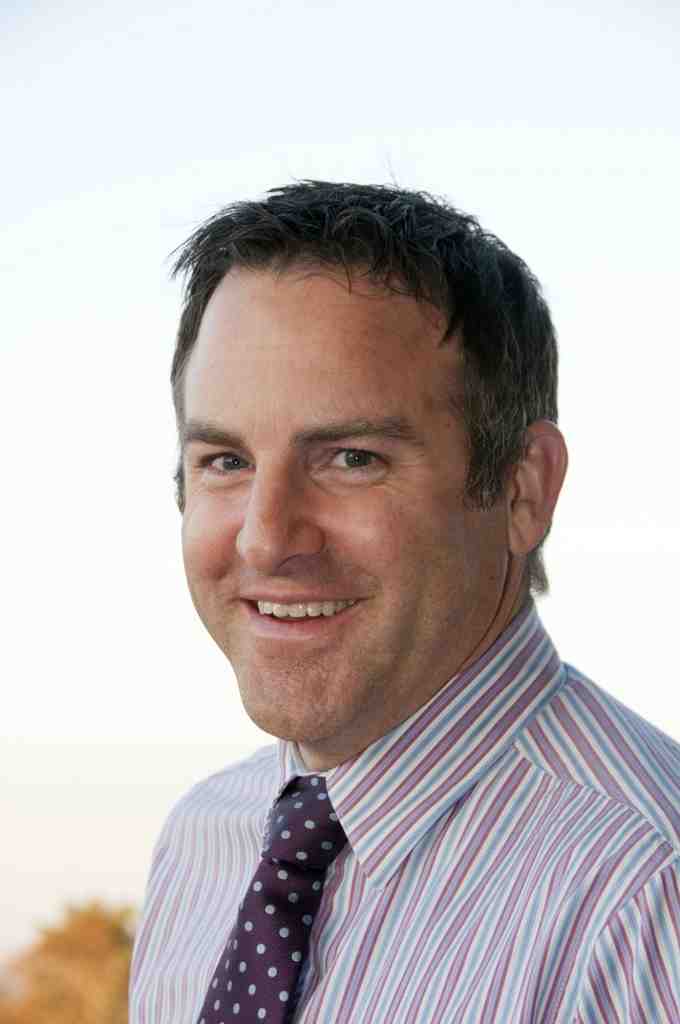 Adrian Saville has been in the news lately. The founder and Chief Investment Officer of Cannon Asset Managers, a visiting professor at GIBS, was ranked by students as one of the world’s best, getting 857 Facebook “Likes” (the most) in a competition run by The Economist. And last month Peregrine announced it has acquired a controlling stake in his firm, buying the stake previously held by Hollard.  Saville came to the CNBC Africa Power Lunch studio yesterday to talk us through his views of where investment markets will be heading in 2014. This morning Adrian Saville sent through his thoughts. His logic makes sense. It’s a useful guide for anyone re-assessing their investment portfolio. As we all do regularly in today’s volatile environment.  – AH

Ever since the global financial crisis of 2008, the world’s advanced economies that led the way into the crisis, have struggled to get back to their pre-crisis performances. Having spent the last five years recovering, we see glimmers of hope on the economic horizon, but it’s not yet time to break out the Moët.

Abenomics – the aggressive economic stimulus policy of Japan, named after Prime Minister Shinzo Abe – is expected to see Japan’s economy tick up to produce growth of about 2.0% in 2014. To put this into perspective, Japan’s real economic growth averaged less than 1.0% between 1992 and 2013, so this certainly reflects an encouraging trend for the world’s third largest economy.

The US also is expected to see modest growth of the order of 1%-2%. Adding Europe into the equation, which looks set to produce positive but anemic growth, the “rich” world as a whole will likely achieve growth of some 1.5% in the coming year. Whilst this remains insipid, the outlook for these economies as a collective looks healthier than at any time since 2007.

The lid on growth in the advanced economies, however, remains firmly in place.  While advanced countries have all embraced some form of stimulation, none of them has addressed the structural issues beleaguering them. The problems revolve around the 3-Ds of demographic decay, debt levels that translate into government bankruptcy and despair amongst the youth, where high youth unemployment levels (above 50% in Spain and Greece) raise the flag of a lost generation.

By contrast, the emerging economies are generally in good shape although economic growth within them is expected to vary widely by region. The structural drivers which have shaped emerging country performance over the past two decades remain in place and we expect to see robust and inclusive growth in these economies accompanied by social and economic mobility.  This will translate into supporting the rise in new consumer markets in the “poor world” and sustain the emergence of new global competitors – in the vein of Embraer, Samsung, Alibaba and Huawei – borne out of these dynamic settings. While there will be outliers on both the upside and the downside, we can look to an average rise of roughly 5% from this group of countries.

Given that the advanced economies now account for a little under half of world GDP, this should translate into global growth of some 3.0%-3.5% in 2014.

It is not without coincidence that South Africa looks set to achieve economic growth in line with the global average, but with risks to the downside. Specifically, in 2014, we will face several headwinds: a general election which is expected to manifest in market anxiety; ongoing frustration over a lack of infrastructure capacity; and a hangover from the wage settlements of 2013. The difficulty of doing business in South Africa is exemplified in the loss of business competitiveness – especially in the export market – and a failure to attract adequate foreign direct investment that creates new enterprises and forms new employment. In addition, administered price inflation could shave as much as 1% off SA’s economic growth rate, so a level of 2.5% is possibly in store for the country.

On the positive side, tailwinds come in the form of the (hopefully) accelerated implementation of infrastructure projects and SA companies making some headway in finding and benefiting from regional business opportunities. Until now, firms have been off the pace – bewildered about the slow growth in our traditional business partners in the advanced world, yet unable to recognise the opportunities on their doorstep in the form of the economies of sub-Saharan Africa which now represent the fastest growing region in the world.  Indeed, we expect the structural transformation that the region has undergone in the last fifteen years to help sustain economic growth that will be comfortably in excess of 5% in 2014.  Notably, whilst South Africa’s exports to sub-Saharan Africa grew by just over 20 percent last year, exports to the rest of the world grew by just over 2 percent.  Although the export base is low, South Africa’s economic performance – and indeed that of the region – will benefit from us finding each other to forge new business relationships.

We are in an environment where the prospect of a “rising tide to lift all boats” is no longer applicable. Investors need to be aware of the specifics of geography and underlying fundamentals when making investment decisions.

Some global markets are priced for perfection on demanding multiples, the high prices being partly explained by easy money as well as the rise in risk-on appetite. Other regions, where investors have become cautious, are demonstrating keen pricing. Here, the standout regions are Western Europe and Eastern Europe.  In Western Europe, although the economies remain weak, companies are profiting from their global exposure. The German-based BMW is a great case in point – priced on depressed European multiples, yet likely to achieve record sales in 2014 on the back of surging emerging market growth, led by new vehicle demand in the south-east Asian economies.  Investor anxiety towards Western Europe is thus misplaced, meaning that attractive opportunities await investors who seek them out.  Eastern European economies have also become the subject of investor disinterest fuelled by concerns around regional growth being dragged lower by sluggish trade with their western neighbours.  While this is a self-evident threat, we think that concerns are overdone – especially given the rising competitiveness demonstrated by emerging Eastern European companies, such as the Romanian battery firm, Rombat.

In the past two years, concerns regarding the sustainability of China’s economic growth have seen a derating of Chinese markets and a concomitant revival of investment value in China and Hong Kong. But if we consider socio-economic drivers, company dynamics and valuations, then Eastern Europe holds the trophy as offering the best prospects for investors. Commodities are also expected to benefit from the reasonable pace of emerging market growth.

The feature of company fundamentals is no more true than in South Africa.

In the two decades that I have been in the money management business, I have never experienced such levels of irrationality in valuations as I see now.

Although there are SA companies which are expected to perform really well, the issue is one of the value being placed on them. Over the past two years, I have watched as they have moved from being “expensive” to being “outrageously expensive”.

There is a great irony to be observed here. It seems to me that investors believe that by buying blue chip companies they are mitigating risk.  Put differently, their seems to be a firm appetite for chasing winners, led by the presumption that as prices of these “loved” companies go up investment risk falls. Sadly, with history as a guide, the opposite is true. As prices and valuations rise, so too does the risk. Cannon Asset Managers has always stressed the importance of not confusing a good company (which most of these are) with a good investment (which they are not). Because these are the large companies, they dominate the market cap of the JSE and result in the market, as a whole, being overvalued.

That said, outside of the large cap firms there are a further 400 listed companies where there is a really rich basket of great businesses at good prices to be found. By investing in these, and exercising the principles of discipline and patience, one would not have to do much to realise an excellent return.

Let’s look at an example. If we take a company on a 10 times p:e ratio with earnings growing at 20% per annum and paying a 3% dividend yield (and there are many companies which look like this), you don’t need a rerating for the business to provide an annualised return of 23% – effectively tripling your capital every three years. Businesses like Pinnacle Technology Holdings, Trencor, Value Group, Sasfin Holdings and ELB Group are great examples of this argument.  This is an excellent place to be, particularly if you take tax into account – these are the companies where Cannon Asset Managers’ investments are focused.

Bonds: it’s a case of sovereign versus corporate

By far, the largest bond market is the advanced economy government bonds but I wouldn’t touch these with a bargepole. You are effectively buying debt from bankrupt governments and even the somewhat higher yields that have come about since the middle of 2013 do not come anywhere close to compensating adequately for the considerably high risk involved for investors. Clearly, there are some exceptions to this argument.  By far the strongest government balance sheets lie in the emerging countries and most of these are in sub-Saharan Africa and South East Asia. In looking for places to allocate capital to government bond markets, these are the regions on which to focus.

The SA government bond market began 2013 richly priced. Although some of that value has been given up, it is not enough of a pullback to make a convincing investment case. The domestic market is also complicated by the fact that SA runs a budget deficit which outstrips the country’s economic growth rate – this is not sustainable. Thus, although the SA balance sheet remains reasonably strong, it is moving in the wrong direction. For this reason, our portfolios will remain shy of SA government bonds in 2014.

By contrast, corporate bonds are a better home for a bond investor at present. Businesses already have strong balance sheets which are just getting better, supported by good cash flows and substantial earnings growth. With corporate bonds priced at higher yields, we see the market as acting irrationally because, as an aggregate, the corporate sector is in much better shape than the government bond sector.

It’s a myth that cash is a defensive asset class

When it comes to cash, my view is unchanged from my long-term position.  Cash is an uninviting asset class that often is viewed as being an important defensive investment. It is anything but. Once the interest received has been adjusted for tax and the cost of inflation has been deducted, there is no cash market of any size in any country where you face the prospect of a positive real return. Considered from a portfolio perspective, cash may result in lower capital volatility, but this comes at an expense: a structural bias of weaker returns.

In our current environment, investors need to focus their efforts on equities, commodities and corporate bonds. Within these asset classes, they need to be mindful of geographies and industries, giving particular attention to prices and valuations.

* Adrian Saville is CIO of Cannon Asset Managers and he holds a Visiting Professorship in Economics and Finance at the Gordon Institute of Business Science. Visit Adrian’s blog at http://adriansaville.com or follow him on Twitter @AdrianSaville.